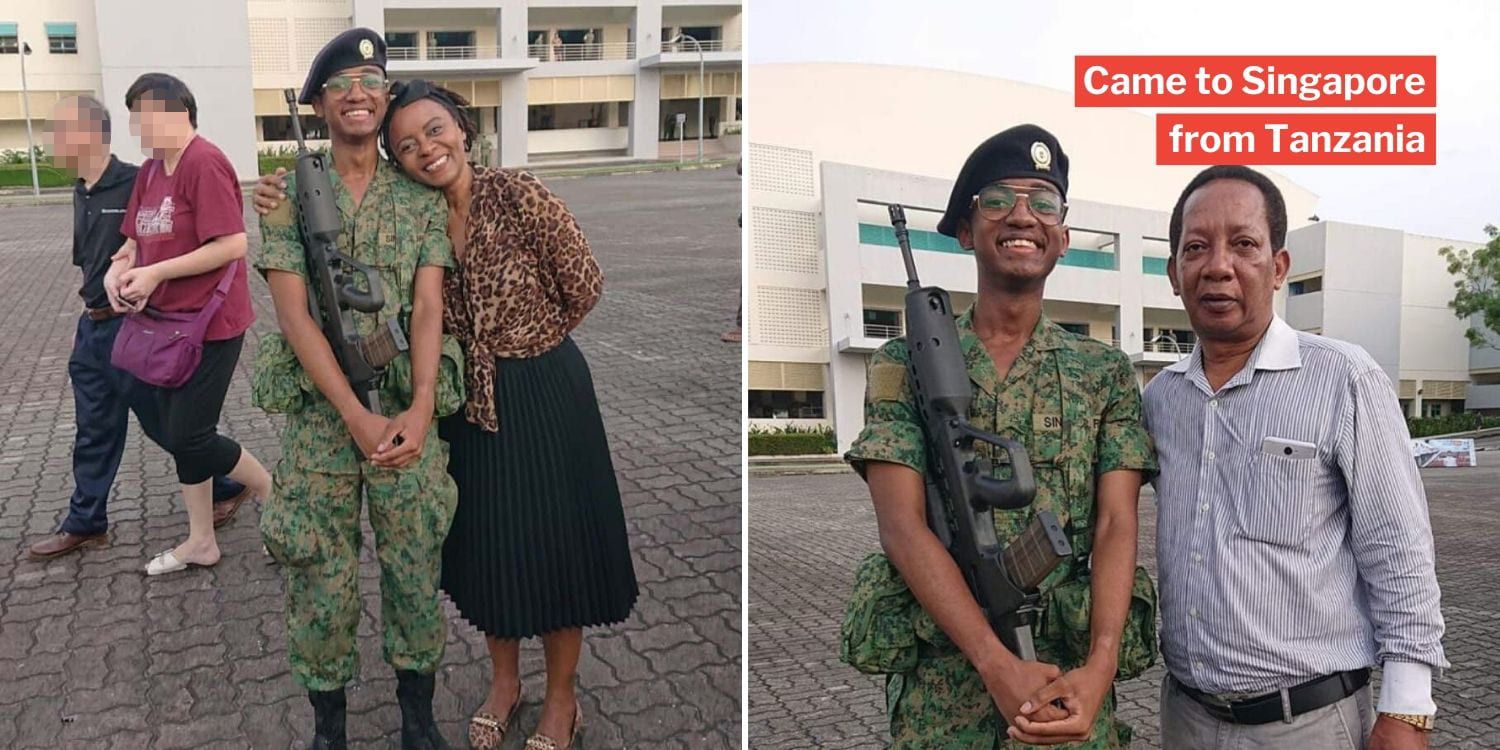 National Service (NS) is a significant part of a young Singaporean man’s life.

Every achievement he accomplishes along the way is a big milestone, and something worth celebrating with loved ones.

An African-Singaporean shared how his parents reacted very differently to his Passing Out Parade (POP) on Friday (6 Dec), to hilarious ends.

The POP or Basic Military Training (BMT) graduation is the first major mark an NSF clears before his Operationally Ready Date (ORD).

Having left civilian life and stayed in camp under strict regulations, this occasion is a pretty big one for every Singaporean son.

Twitter user Alvin celebrated it like everyone else does, with his parents in attendance. And like every other parent, his mum and dad captured the precious moment and shared it on social media.

His beaming mother was bursting with pride upon seeing her son march in the army uniform, and expressed it in her Instagram post: 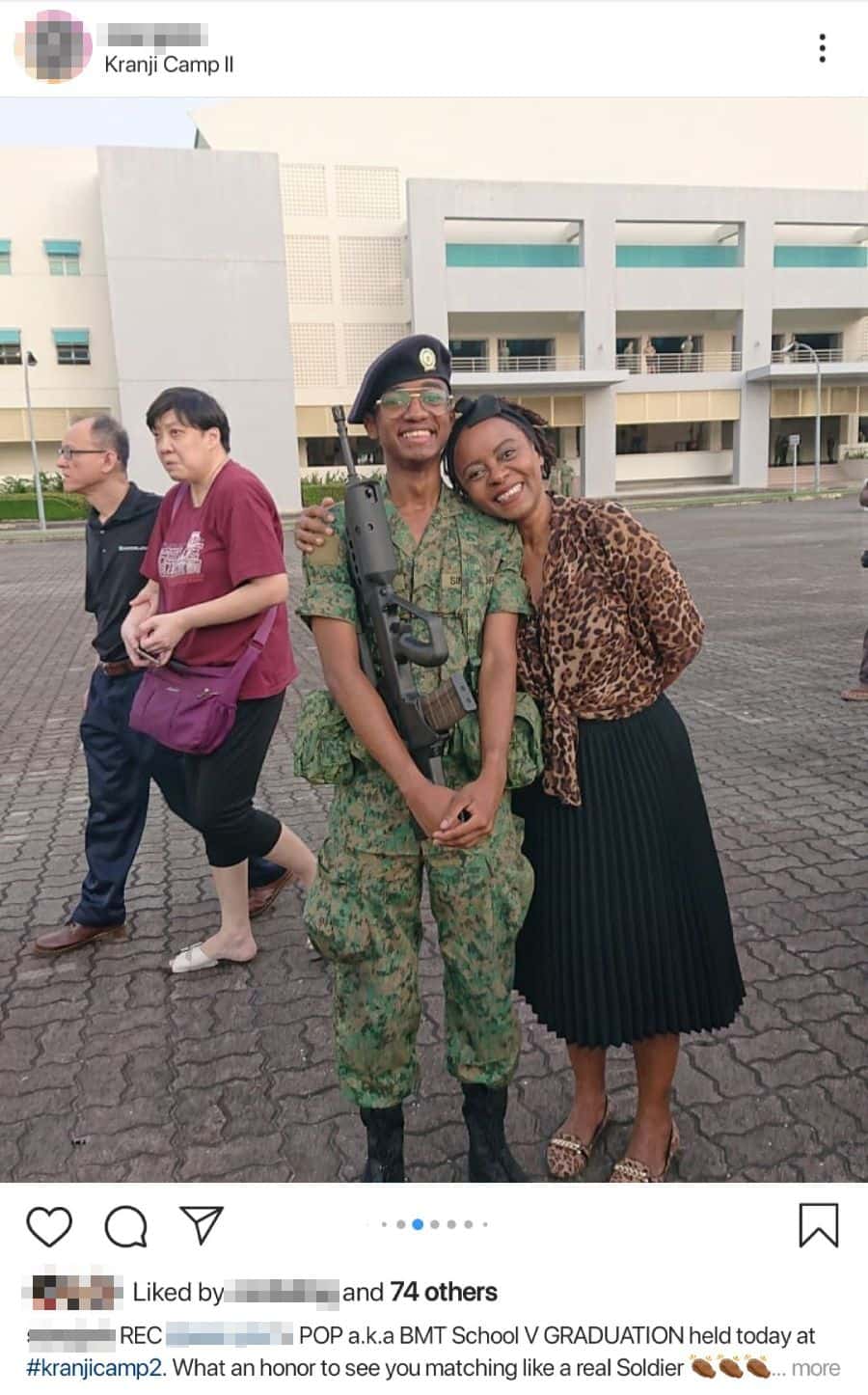 His father on the other hand seemed to have a different idea: 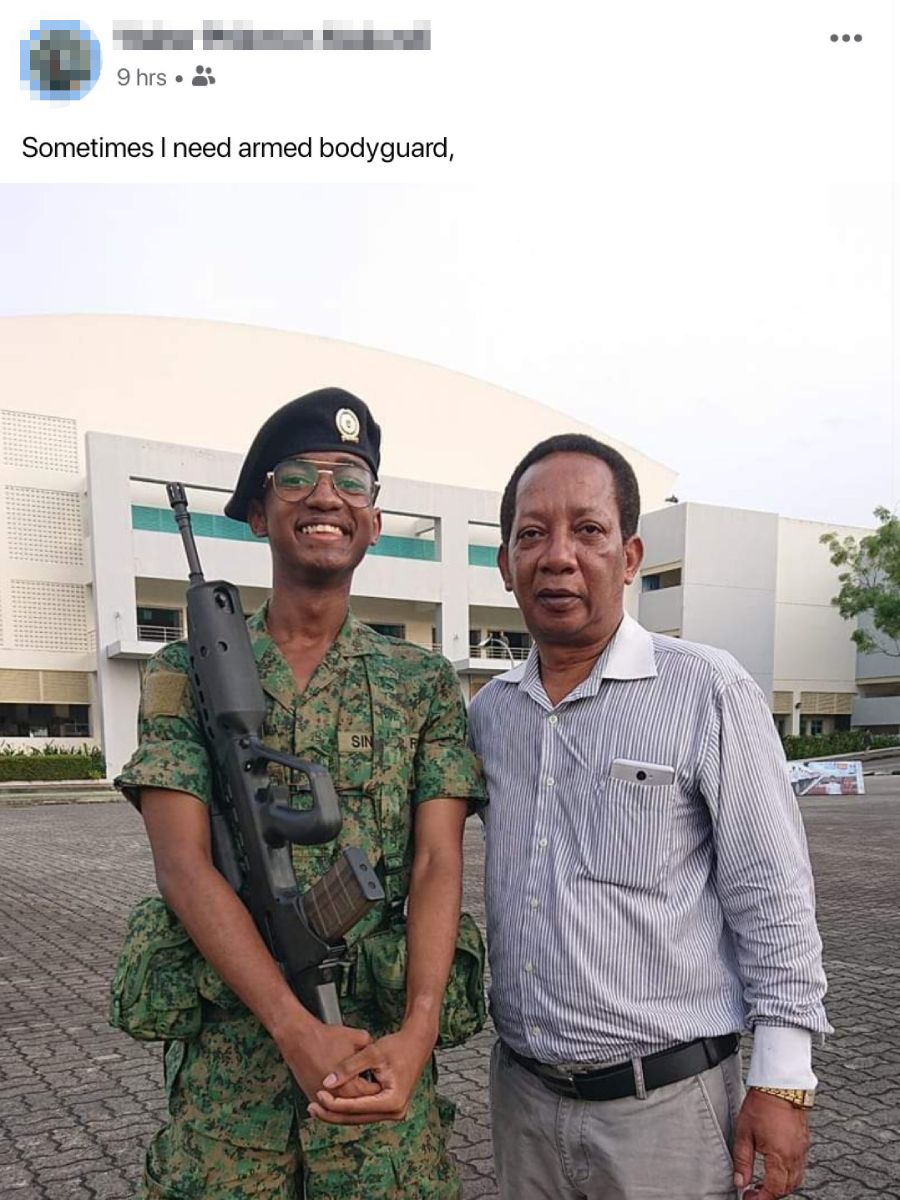 With rifle in hand and the full camo uniform, Alvin truly looked like a part of the Singapore Armed Forces (SAF), which to his dad meant being “an armed bodyguard”.

Sharing both posts side-by-side, Alvin accompanied them with the caption, “the difference between an african mom and dad”. 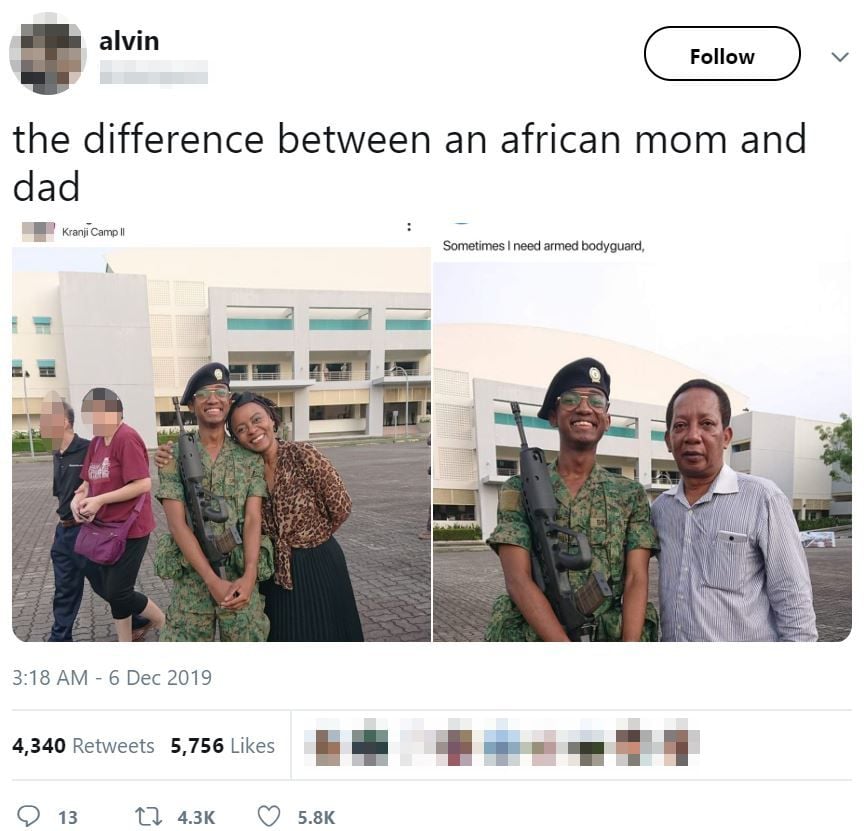 The contrast between his mum’s elation and his dad’s nonchalance is amusing, but something we can all relate to, which is probably why his tweet garnered over 4,000 shares and 5,000 likes.

Contradicting reactions aside, it’s clear from his parents’ faces that they are proud of their son’s achievement.

Alvin states in his Twitter profile that his country of origin is Tanzania. He also mentions Singapore, giving equal weight to both nations.

To see them have such great pride in Alvin going through NS is heartening, and a reminder to us all to love our country like they do.