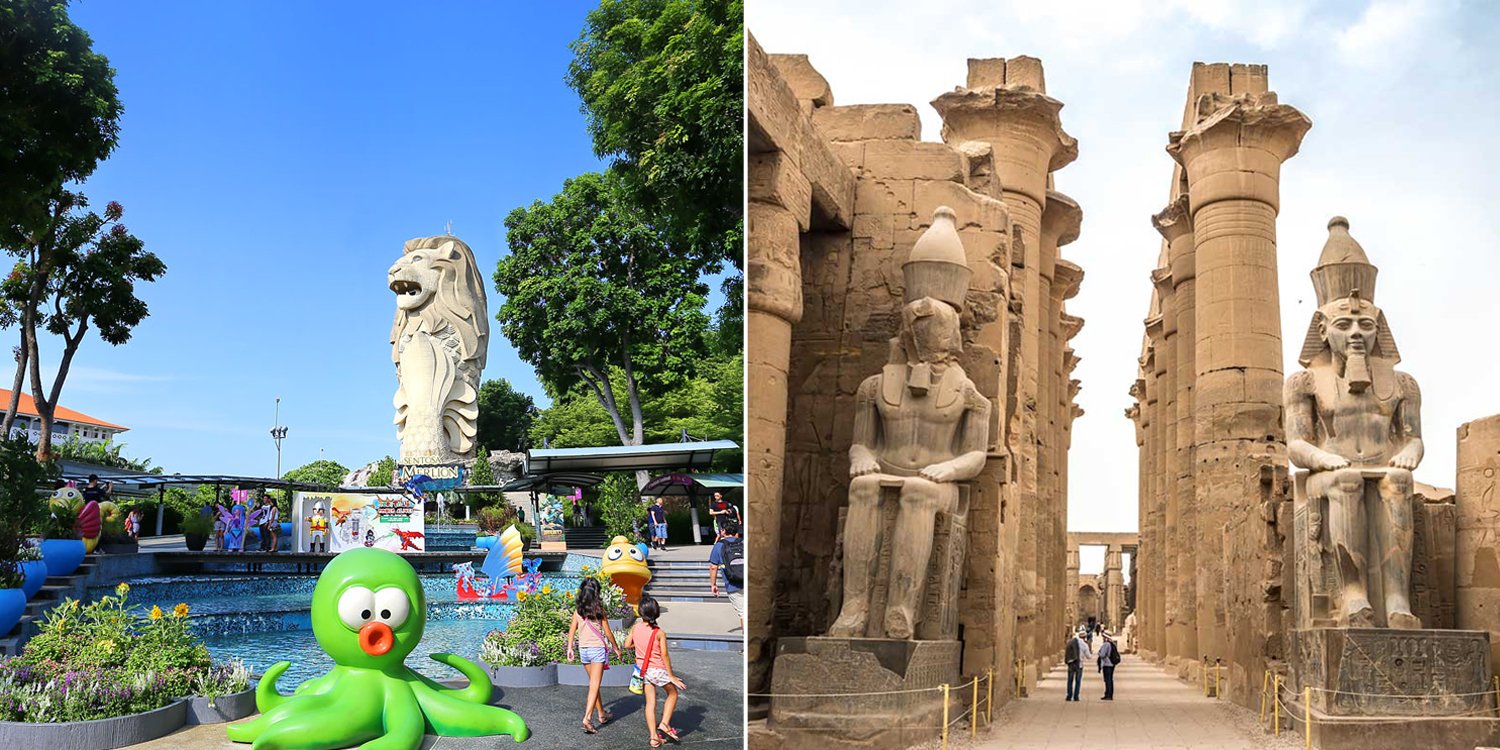 When you think Sentosa, you probably think theme-park and not a historic site.

Perhaps a slip of the tongue, Chinese President Xi Jinping grouped our sunny southern island resort with ancient landmarks like the Luxor temple in Egypt, Wat Phra Kaew in Thailand and the Acropolis in Athens. 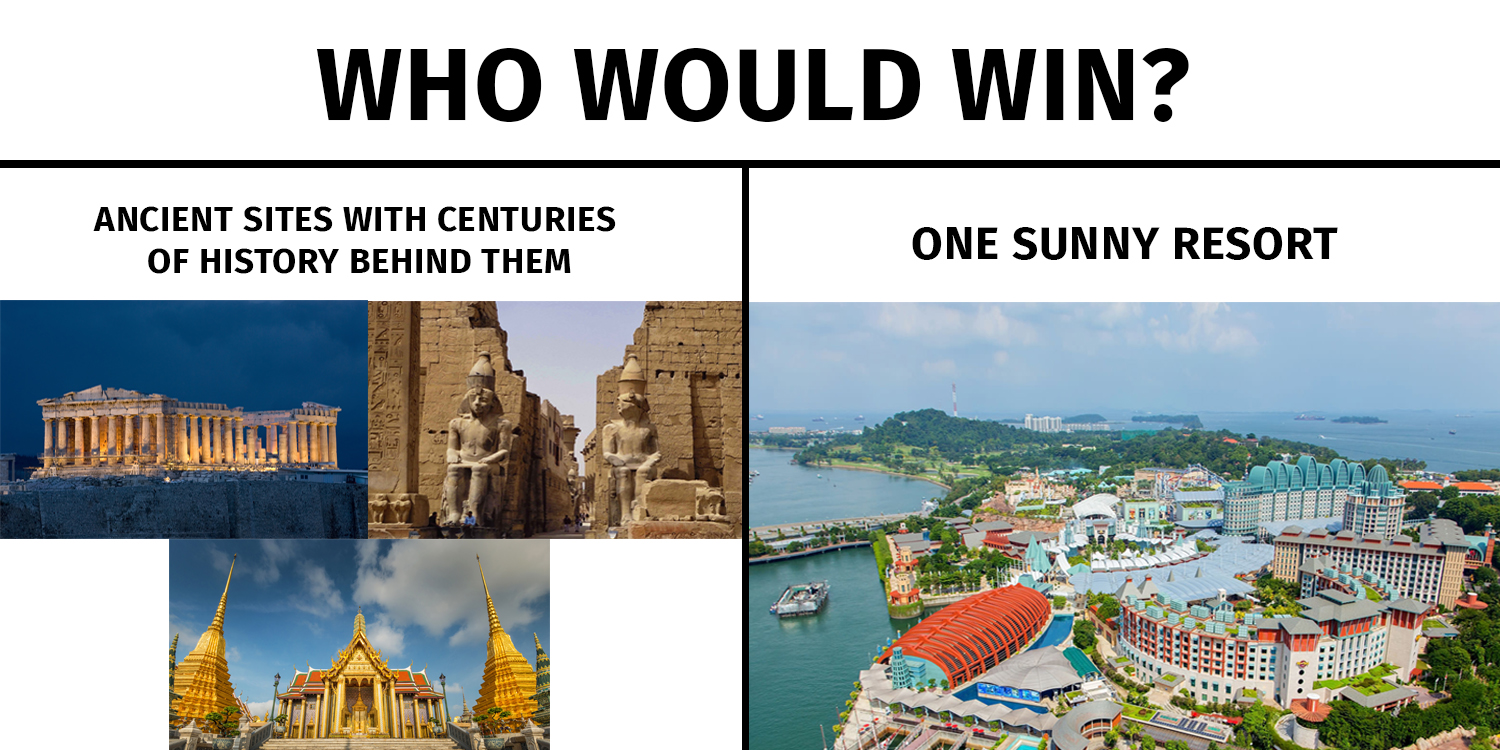 This happened as he was speaking at the inaugural Conference on Dialogue of Asian Civilisations (CDAC) in Beijing on Wed (15 May).

Here’s what he said verbatim, according to the Straits Times,

In the many places I have visited around the world, what fascinates me the most is civilisations in their rich diversity. I cannot but think of the Central Asian city of Samarkand, the Luxor temple in Egypt, Sentosa in Singapore, Wat Phra Kaew in Bangkok and the Acropolis in Athens, to mention just a few.

Called for countries to work together

Mr Xi’s appreciation of historical diversity around the world came as a response to a recent remark by a senior US senator. The senator had framed the rising tensions between US and China as a “clash of civilisations“.

While Mr Xi accepted that the countries may have “different ideolog(ies)”, he said that that should not prevent them from respecting one another.

Last Fri (10 May), President Trump raised tariffs on Chinese imports. This week, the Chinese retaliated by doing the same for US goods.

The rising tensions between the countries comes just a month before the 2019 G20 Summit in Osaka.

Hopefully, both superpowers will work something out when the heads meet at the summit. Otherwise, the world economy is going to be in for a nasty roller-coaster ride.