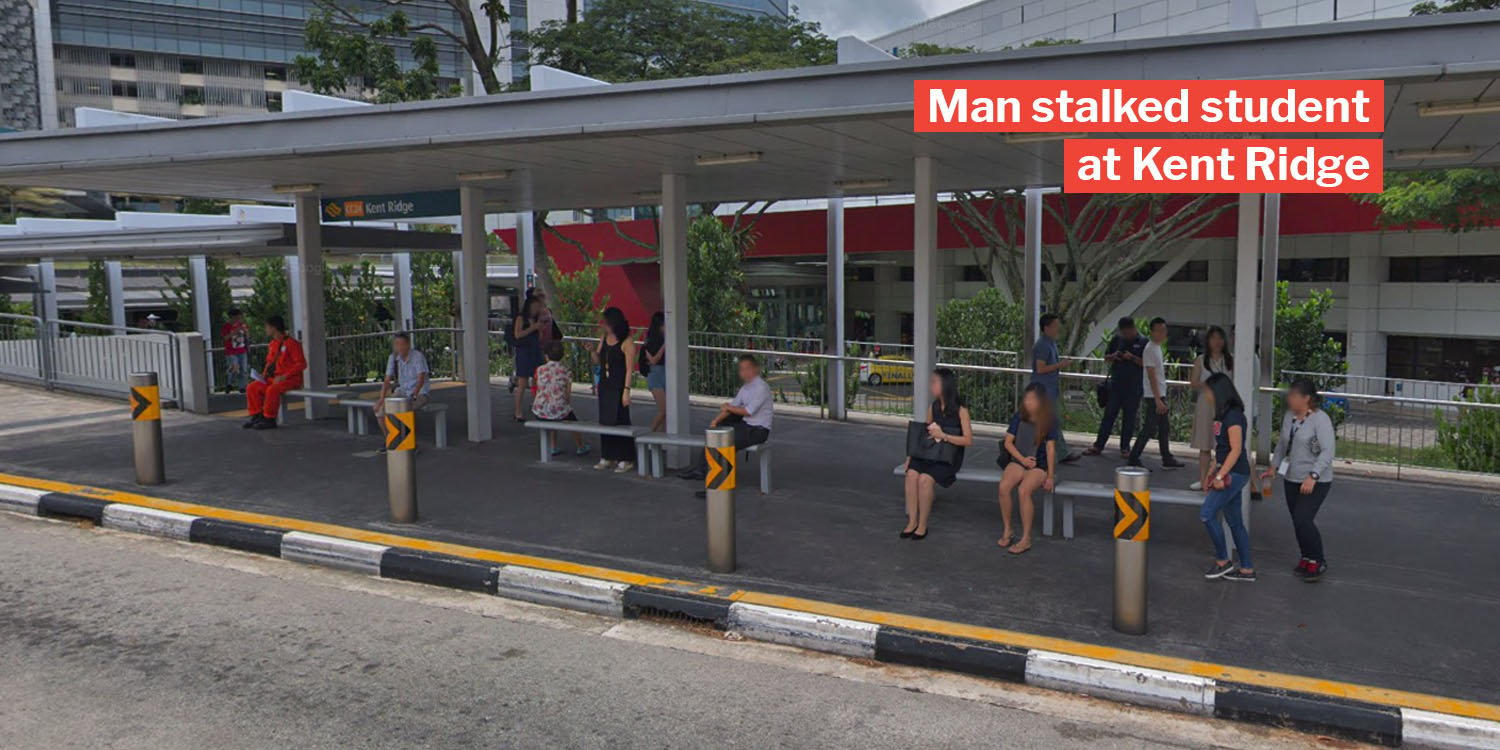 He allegedly followed her from the MRT to a Kent Ridge bus stop.

A female NUS student was on her way to school on Wednesday (9 Oct) morning when she was ‘harassed’ by another commuter.

The very same day, a Facebook user by the moniker of Kenny Leck shared a series of screenshots from the NUS student’s Instagram, detailing how a “stalker” tried to take upskirt photos of her at a bus stop in Kent Ridge. 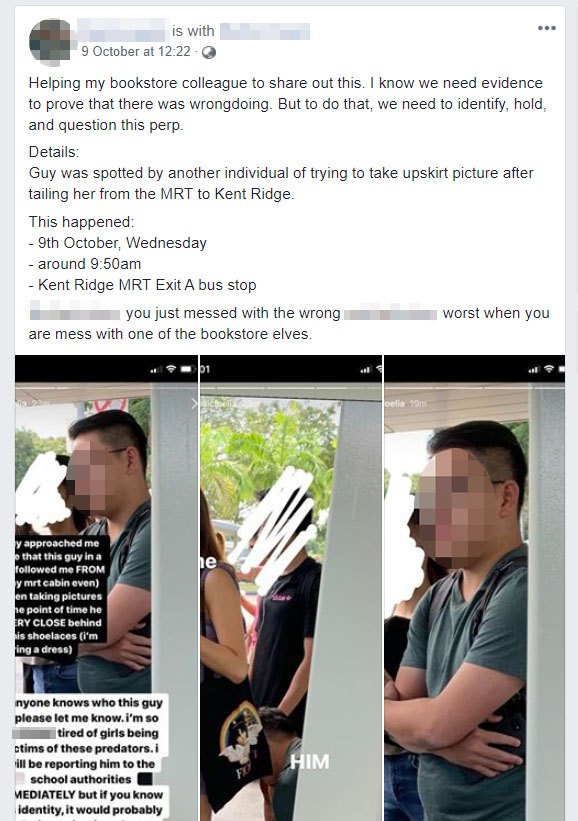 The New Paper then reported that the student has lodged a police report. Investigations are currently ongoing.

According to the post, the man, who was in the same MRT cabin as the NUS girl, was spotted acting suspiciously around her.

Another commuter claimed he saw the man following the student to a bus stop in Kent Ridge and taking pictures of her.

Seeing how this happened, the commuter then took photos of the man and informed the girl that she could be stalked. 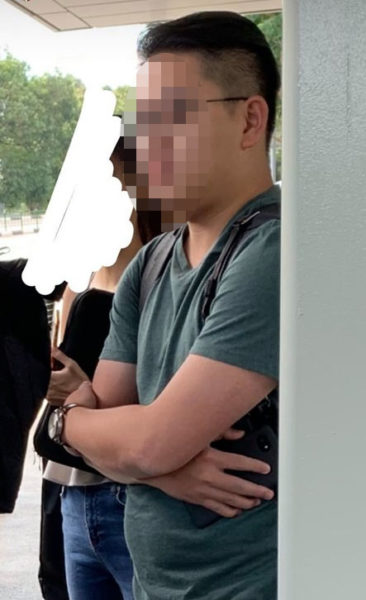 The alert commuter also showed the NUS girl the photos he took of her ‘stalker’.

Knelt close behind the student to ‘tie his shoelaces’

Upon her discovery, the NUS girl shared the entire incident on her Instagram stories. She claimed that her stalker had knelt “very close” behind her to “tie his shoelaces”. 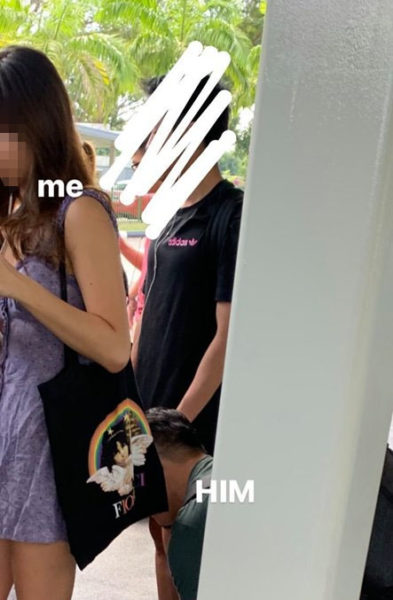 She also claimed that the man “vanished” after the commuter informed her of the alleged stalker.

A police report has been lodged

Following the incident, the NUS girl made a report to her university’s Office of Campus Security (OCS) on the same day.

However, she has “declined the university’s offer to provide her with support”, according to The New Paper.

An NUS spokesperson said the school will remain in contact with the girl and provide assistance if she needs any.

A police report has also been lodged and investigations are ongoing.

While this remains a rather one-sided story at the time of writing, we are confident that police will get to the bottom of the incident.

Meanwhile, stay alert of your surroundings and make a report to relevant authorities if you encounter any suspicious characters.