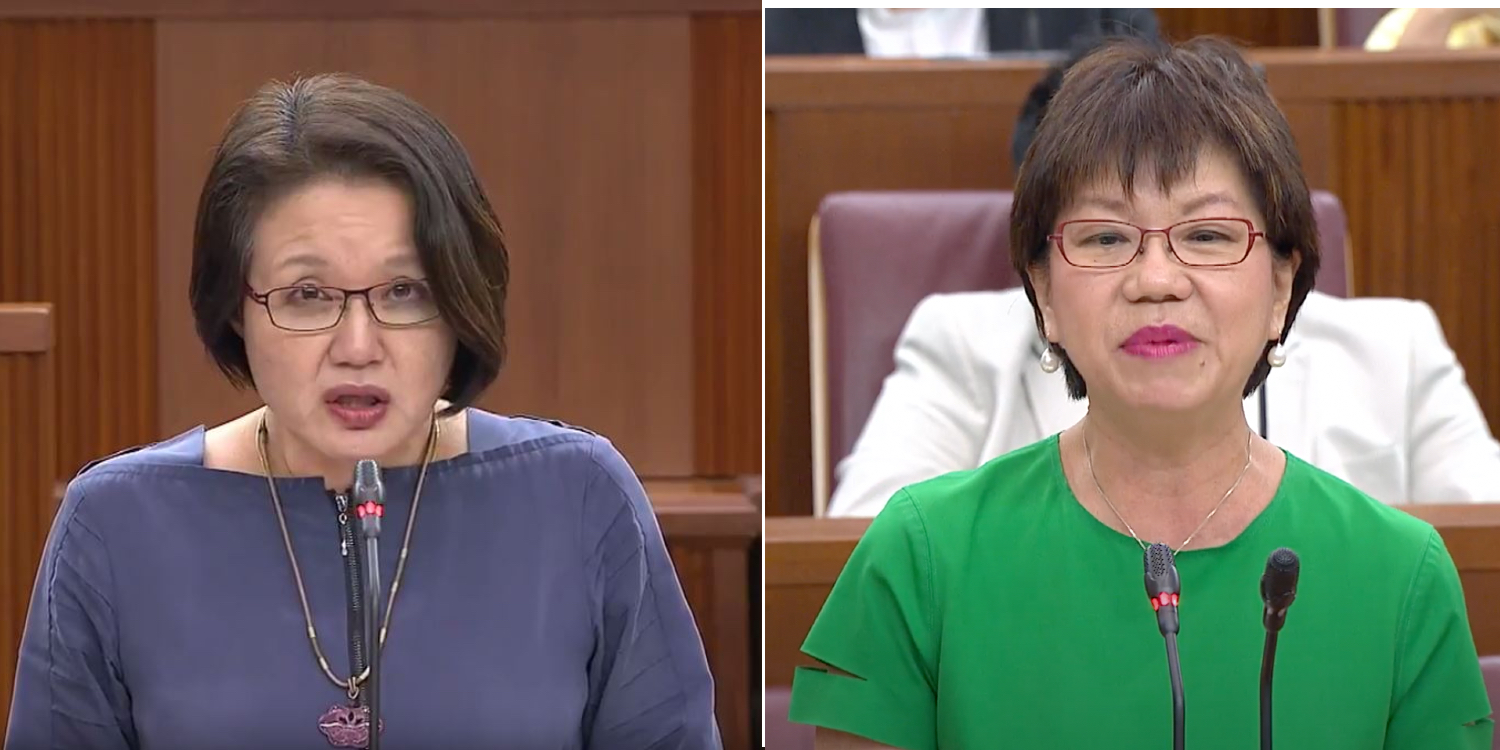 Only 1 MP per sitting can raise an Adjournment Motion.

If you haven’t been living under a rock, you would have heard about the acquittal of Indonesian ex-domestic helper Parti Liyani, and the focus now on the systemic lapses that led to her initial conviction.

As befits the hot topic of the month, an Adjournment Motion (AM) was filed by Workers’ Party (WP) chairman Sylvia Lim to speak about this case in Parliament.

However, it faces some competition from another AM filed by Jalan Besar MP Denise Phua, who wants to talk about persons with disabilities.

Since only 1 MP can raise an AM each Parliament sitting, a ballot will likely have to be conducted among the 2 MPs to decide who has the right to speak.

If Ms Lim wins the ballot, she will speak on the topic “Justice For All: Enhancing Equity in the Criminal Justice System”, said the WP in a Facebook post on Wednesday (16 Sep).

It will discuss how persons of less means may find it challenging to navigate aspects of the criminal justice system.

The speech will also make reference to “deeper issues” revolving around Ms Parti’s case, and give “specific suggestions” to improve the criminal justice system. 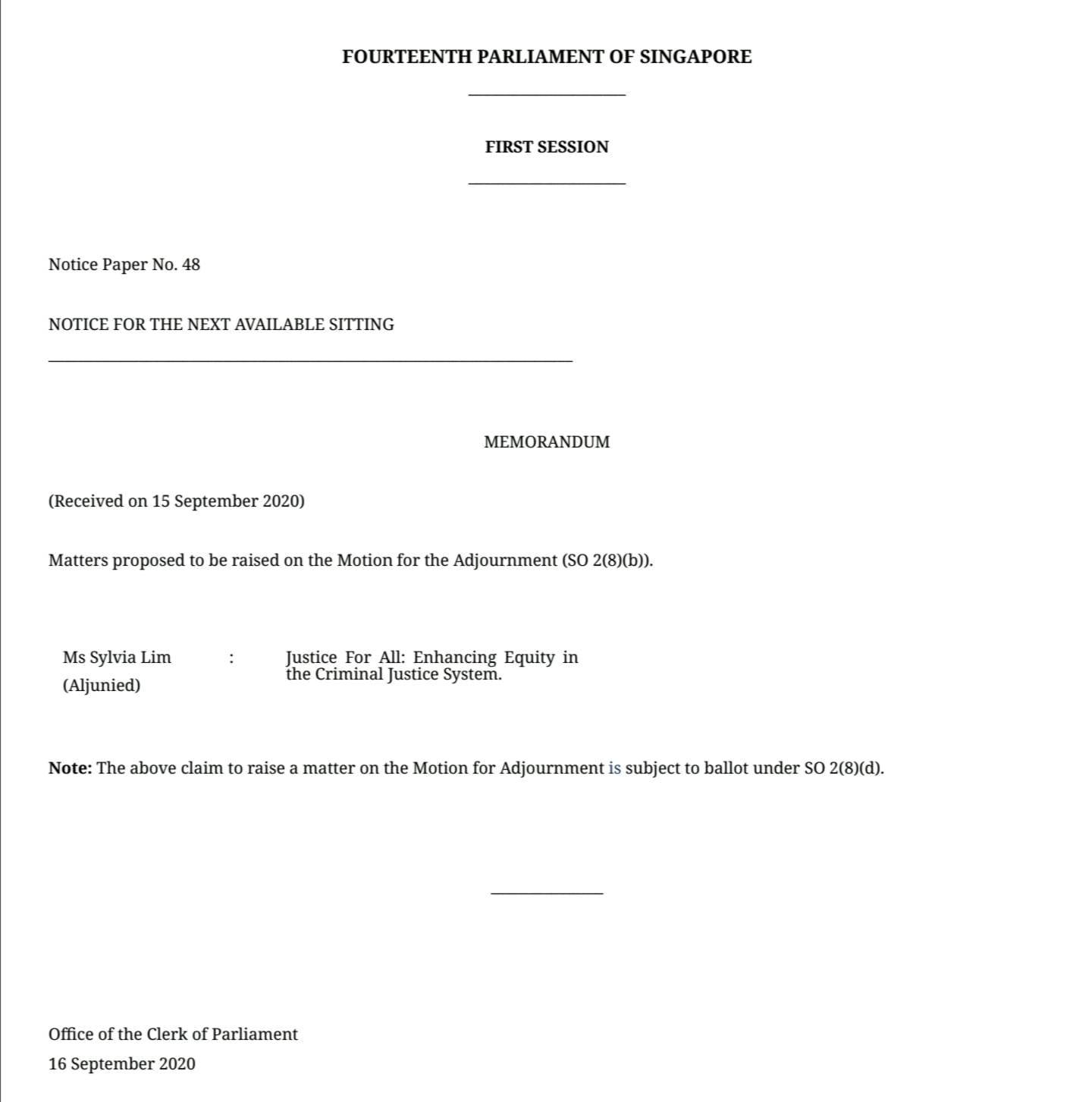 Denise Phua aims to address integration of persons with disabilities

On the other hand, Ms Phua has also filed a motion for the next available Parliament sitting, said a Facebook post by the People’s Action Party (PAP) on Thursday (17 Sep).

Its title is: “Towards Full Participation of Persons With Disabilities in Singapore Society”

Calling this topic close to her heart, Ms Phua said it’s one of the reasons why she has stayed in politics. 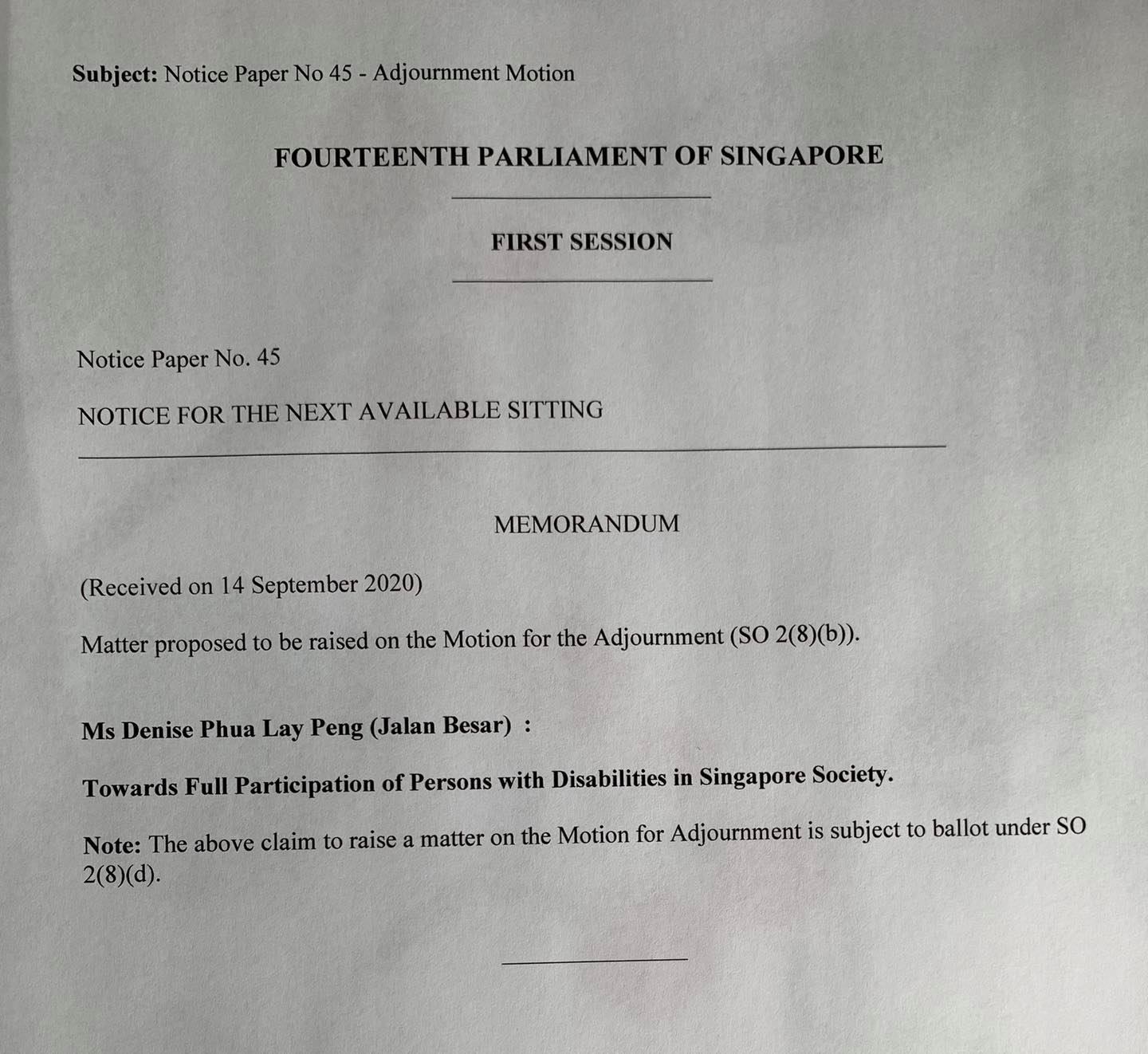 In an update to her Facebook post on Thursday (16 Sep), Ms Phua claimed that she had filed her AM before Ms Lim’s. 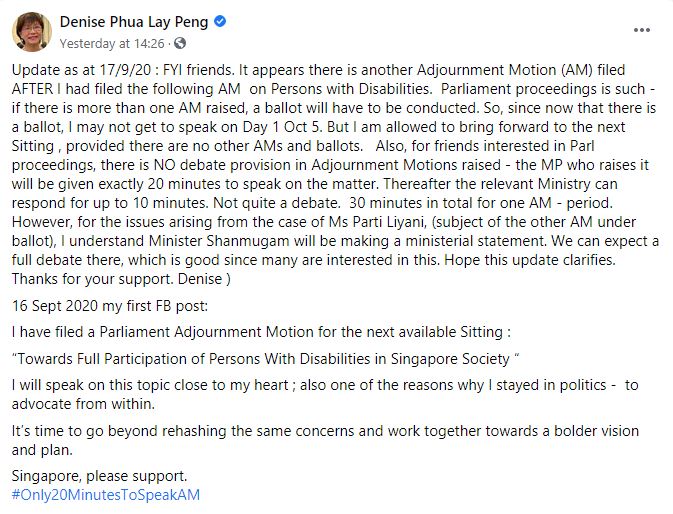 However, according to the WP post, Ms Lim filed her motion on Monday (14 Sep).

Ms Phua did not clarify when she filed her motion, but she apparently announced it on Wednesday (16 Sep).

Denise Phua says she may not get to speak

Nevertheless, Ms Phua said she might not be able to speak on her motion on the 1st day that Parliament opens.

That’s because as long as there’s more than one AM filed, a ballot must be conducted — that’s the way Parliament proceedings go.

That’s confirmed by Gov.sg, which says:

She went on to explain what happens when an MP speaks during an AM:

However, she conceded that many are interested in addressing the issues arising from the case of Ms Parti Liyani.

She also acknowledged that Home and Law Minister K. Shanmugam will be making a ministerial statement on it.

Thus, there’s likely to be a full debate on this issue, which is “good”, she added. 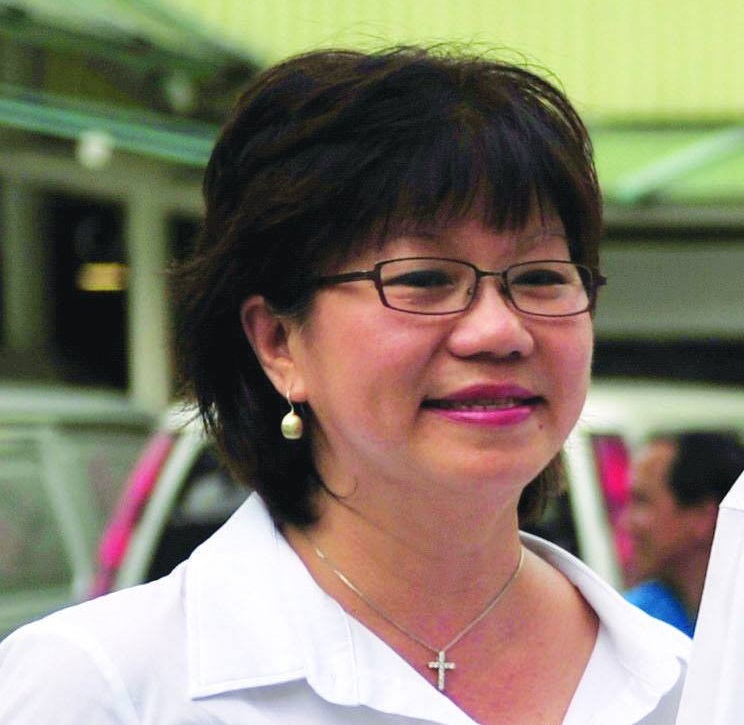 There’s always the next Parliament sitting

However, Ms Phua seems to be optimistic even if she might not be able to speak on her motion,

That’s because even if she doesn’t win the ballot, her AM is allowed to be brought forward to the next sitting.

Of course, she might face AMs from other MPs and may need to ballot again.

S’pore stands to gain from bringing up important issues

While it remains to be seen who will win the ballot, Ms Lim or Ms Phua, it’s heartening to know that MPs are filing AMs to address crucial needs and gaps in Singapore’s society.

Having more important issues brought up in Parliament can only be a good thing for us.

Whoever wins the ballot, we applaud them for having the heart to improve Singapore.