Sungei Serangoon incident with errant cyclist leaves young boy injured On 10 Jan, Kaslyn Tan wrote Facebook post in search for the hit-and-run cyclist of her young son. The 3-year-old boy was allegedly knocked down by a cyclist along Sungei Serangoon park connector. According to Kaslyn, the rider was going extremely fast speed and could not stop in time, causing the boy to sustain multiple injuries. She added cyclist had claimed that he could not stop in time as he had “no brake[s]”, and his legs were “clipped on [to]” the bikes pedal. In addition, the rider had stopped after the incident and offered tissue and water to the victim’s father, as well as offered $30 in compensation. Thereafter, he cycled off without leaving his contact number and name. The boy was sent to hospital to treat the swelling and cuts sustained from the collision with the cyclist. He also suffered a chipped tooth and lost another from the incident. Source After lodging a police report, the cyclist has yet to reveal himself, resulting that Facebook post going viral. Having taken a look at this story, we at MustShareNews.com have 6 clarifications and questions about this case. 1. Why was the cyclist’s contact information not taken down at the first […] 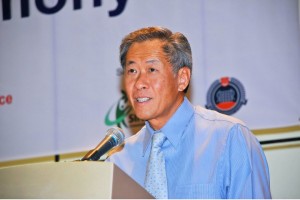