The People’s Action Party (PAP) experienced their biggest loss in 2011-2012. They lost a total of 7 seats to the Workers’ Party (WP) in the span of one year — at Aljunied GRC, Punggol East SMC, and Hougang SMC.

With the General Election expected to be held soon, many people are forecasting strategies that the PAP may employ in the coming General Election to win back the lost seats. Here at MustShareNews, we have also contributed in the prediction of PAP’s strategy.

We guide you across the tasty tidbits Dr Ng provided us with.

The strategy that the PAP will adopt

Initially, the Defence Minister gave a grim assessment about the strategies of the PAP in opposition wards.

We will fight for each vote and we will put in candidates that we feel can be a better team to take care of the municipal issues. But the realpolitik is if we feel we don’t have that support, we’ll have to make our own calculations.

Why would we want to field somebody that we know has a higher chance of being rejected and deprive ourselves of an office-holder? Suppose you put five ministers in (Aljunied). Does that serve the purpose? Is it fair to other constituencies who have shown us greater support?

Instead, the strategy that the PAP will be looking at, according to Dr Ng, is simply to stick to its “golden rule”. The “golden rule” is simply to field a team capable of taking care of the town regardless of the candidates’ profile.

That’s the minimum standard: that they have honesty, integrity and competency, and pass muster.

The new faces in PAP who may be fielded

Aside from shining some light on the strategy that the PAP will employ, Dr Ng also highlighted some names as potential PAP candidates, who may be contesting in the opposition wards.

We introduce them to you. 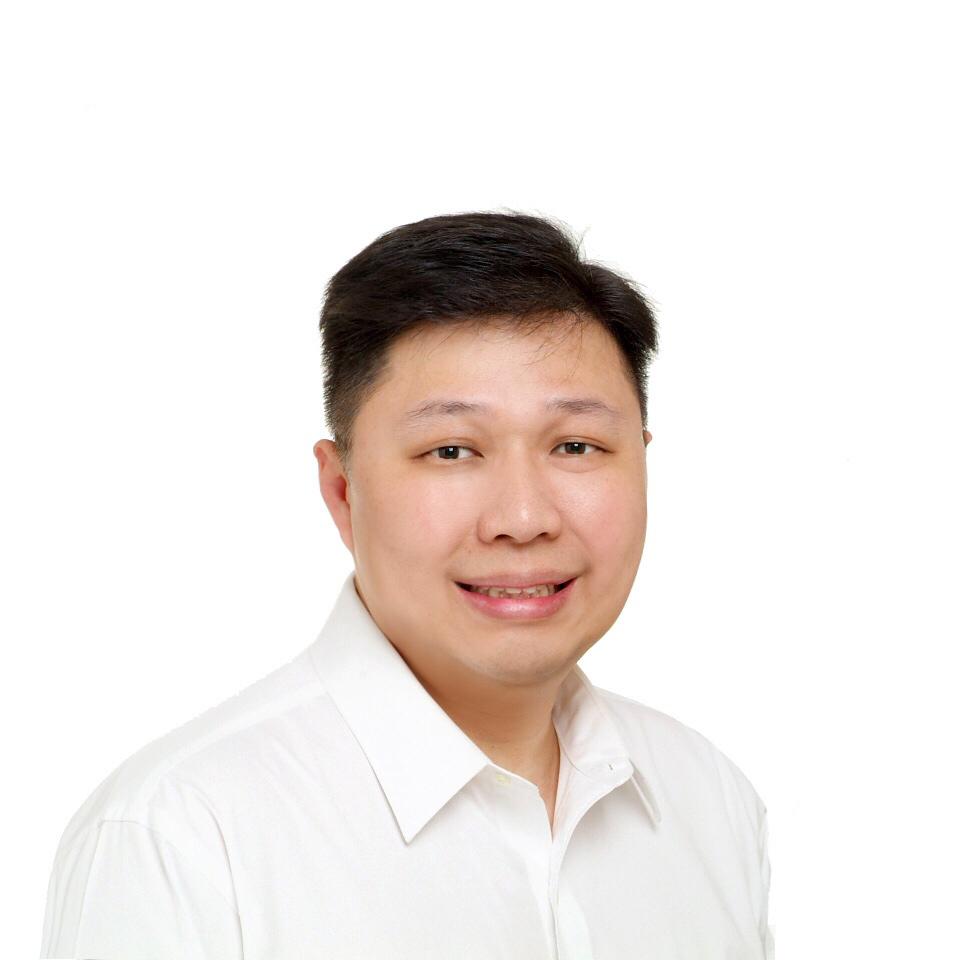 The private banker is also currently the chairman of PAP’s branch in Eunos — located within Aljunied GRC. As a grassroots leader for the PAP, he can be seen in PAP walkabouts in the Eunos ward. 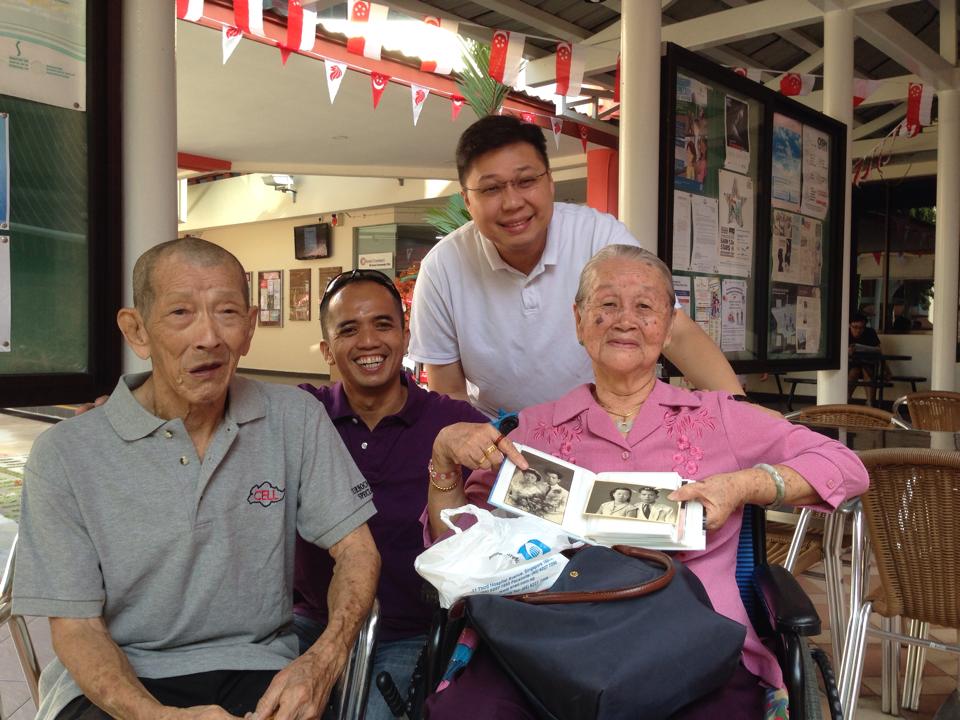 Mr Chua intensified the battle for the Aljunied GRC when he reportedly restarted Meet-the-People Sessions on Monday nights in Eunos. His strategy deviated from the ruling party’s practice — the PAP doesn’t usually offer Meet-the People sessions to opposition-voting residents.

Nonetheless, it remains to be seen if the tactic from the PAP’s Eunos chairman will be effective in winning the votes of the residents.

In 2013, Mr Chua remained coy on his interest in contesting for the coming General Election when he revealed to The Straits Times that it is up to the party whether or not to field him in.

It’s not for me to decide, it’s for the party to decide if I should be fielded.

The Deputy Director has more than 17 years of engineering experience in both public and private sectors. His portfolio includes managing large-scale projects such as the construction of the Hougang MRT station and the Braddell Road underpass.

Aside from managing our public transport, Mr Kahar is also the chairman at the PAP’s branch of Kaki Bukit after previously volunteering at Tampines East CCC for 15 years. 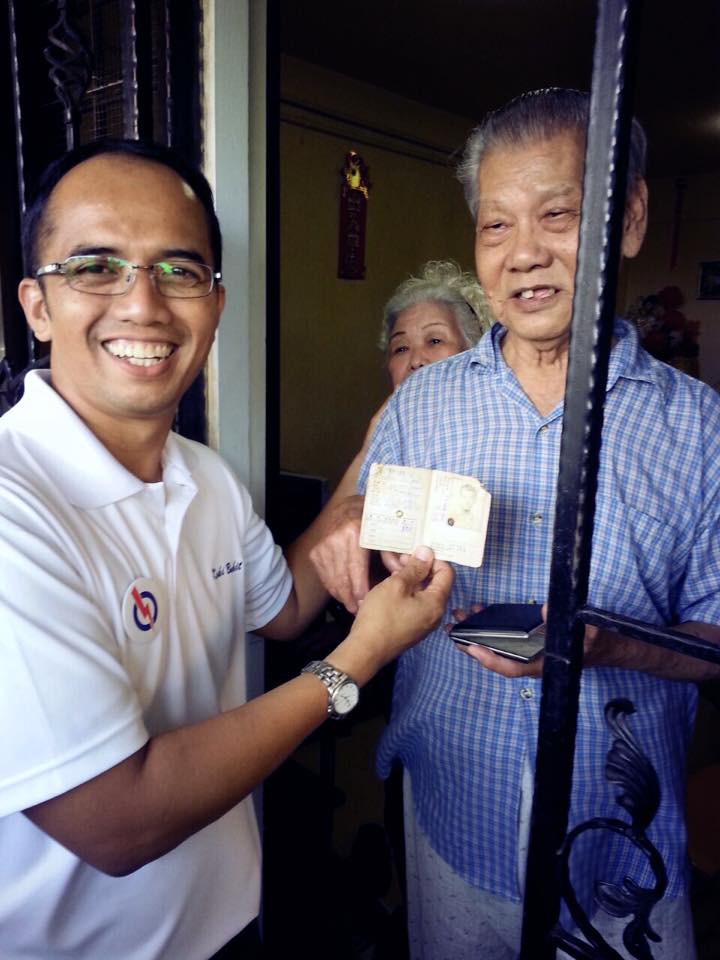 When asked in an interview with MyPaper in 2014, if he will stand for election, Mr Kahar gave a politically correct answer.

As long as the community benefits from my efforts, I am happy to serve in any capacity. 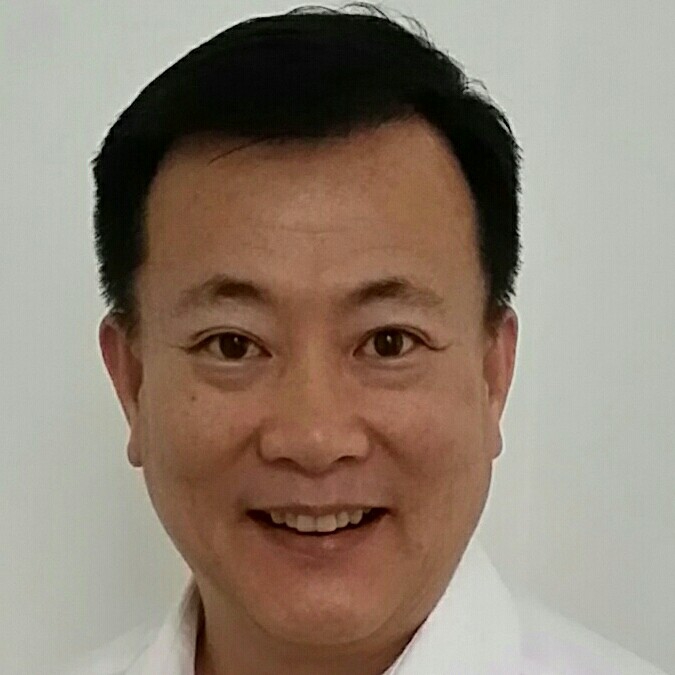 Victor Lye have been the chairman of the PAP’s branch at the Bedok Reservoir-Punggol branch since the 1990s. He is also the CEO of Shenton Insurance Pte Ltd.

Mr Lye have been campaigning for the PAP in the Aljunied  GRC since the loss of the ruling party in 2011. He regularly conducts his walkabouts as a recognised face among the residents, and tries his best to project the presence of PAP in the opposition stronghold.

Because of his wealth of experience, Mr Lye is also considered as a potential leader to lead the PAP team of Aljunied in the coming General Election in our list of the 5 potential leaders to lead PAP in Aljunied.

We have also noticed that his Facebook profile picture have been changed to more professional-looking one since the last time we checked out his profile, maybe he is readying himself for an election? 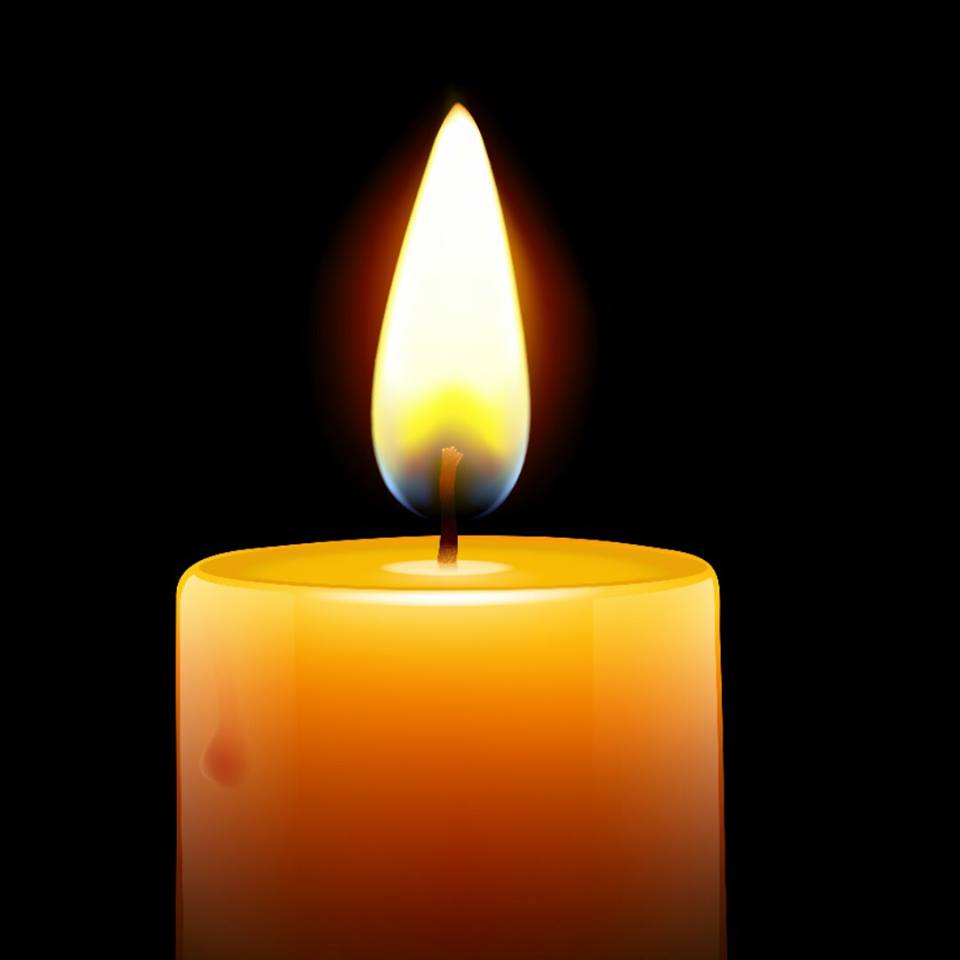 K. Murahlidharan Pillai is a lawyer at Rajah & Tann, he is the Head of the Commercial Litigation Practice in the company.

Apart from fighting for the people in the courtroom, Mr Pillai also serves the people as a grassroots chairman for the PAP’s branch at Paya Lebar — within the Aljunied GRC.

Like Mr Chua, the lawyer also offers Meet-the-People session at Hougang Avenue 1, where he dispenses his legal advice to residents who attends the session.

Mr Pillai, unfortunately is low profile — he does not have a Facebook nor had any interview with the mainstream media about his work at Paya Lebar.

Chan Hui Yuh is currently a Marketing Director at Jingslink Marketing Pte Ltd since 2004. She was also a voice-over artist in her younger days, her portfolio includes voicing over for the Public Announcement system for the SMRT — Aljunied residents may look forward to hearing her melodious voice during the General Election if she contests.

Ms Chan is also the chairwoman of the PAP’s branch at Serangoon, she had previously held the position of chairwoman at the East Coast GRC’s Siglap CCC.

Ms Chan’s move to the Serangoon branch have been speculated to have something to do with the fact that the current Member of Parliament (MP) for the Serangoon division is also a woman – Workers’ Party chairman Sylvia Lim.

Ms Chan has since cleared up the air that her move was for a personal reason when she was speaking to Lianhe Zaobao and Lianhe Wanbao last year.

I can cut down my travel time, and thus have more time to spend with my two young children.

The chairwoman is often spotted doing her walkabout in Serangoon. 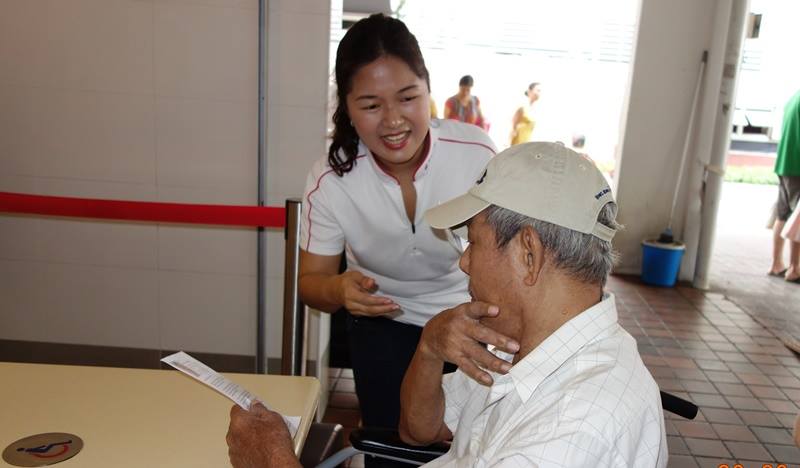 Ms Chan gave an ambiguous answer when asked by the Singapore Chinese newspaper if she will be standing for the coming General Election.

I believe in the party’s values, and there are many ways to serve. If (party leaders) decide to put me in that position, I would definitely do my best.

Lee Hong Chung was the Vice President of the Singapore Gymnastics Organisation (SGO).

Mr Lee is currently the chairman of the PAP’s branch at Hougang, taking over Desmond Choo in September 2014. Prior to the appointment, he served as a grassroots volunteer in Prime Minister Lee Hsien Loong’s Teck Ghee constituency in Ang Mo Kio for over 20 years.

Since then, Mr Lee have been regularly doing his walkabouts in Hougang –currently under the charge of WP’s Png Eng Huat.

Branch Chairman Lee Hong Chuang in #action as he lends a listening ear to a resident in Hougang. #papcares pic.twitter.com/twEzYIyyGg

When asked about his prospects for being a candidate in the General Election by Lianhe Zaobao, the previous SGO Vice President gave an indirect reply.

I know there are a lot of speculations in the ground, but my focus is still on the Hougang residents. There is a need to build a good framework to take care of residents. This remains unchanged.

According to Bloomberg, Yee Chia Hsing has been the Head of Catalist at CIMB Bank Singapore since 2011. His main responsibility lies in helping Catalist companies on the Singapore Exchange Market (SGX).

Apart from his role in the finance sector, Mr Yee is also the chairman of the PAP’s branch in Punngol East, taking over from Dr Koh Poh Koon in 2014. He has also been a volunteer with the Ren Ci Hospital since  2009.

The Punggol East Chairman has a low profile in the media. However, we can see from his Facebook page that he have been doing walkabouts in Punggol East — currently under the charge of Lee Li Lian of the WP. 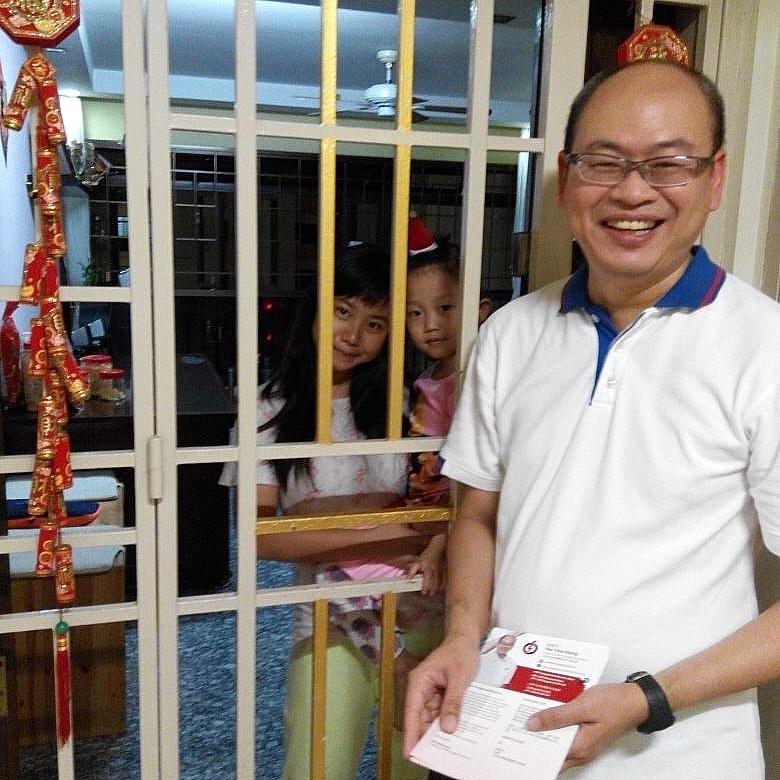 Will They Be Contesting?

None of the above candidates have been officially cited as a potential office-holder yet. However, these names are definitely making their presence felt among the residents in opposition wards, and we’ll probably see them mentioned in public more often.

Dr Ng further clarified in the interview that future Cabinet Ministers are unlikely to enter via the backdoor, as a Nominated MP (NMP).

The ruling party is constitutionally able to parachute minister-material candidates into the Parliament by making the candidate a NMP, before drafting the candidate as a Minister in the Cabinet. However, Dr Ng clarified that this is unlikely to happen at all.

To have the electorate vote against somebody and then to bring him in as an NMP to make him a minister doesn’t speak well of the system.

The strategy of the PAP is becoming clearer thanks to Dr Ng — grassroot leaders will be involved in the General Election in some capacity, their walking the ground, Meet-the-People sessions will eventually mean something at the end of the day.

Prof Bilveer Singh told Today Online that the WP is also experiencing the same dilemma over the candidates to field in their wards.

Prof Singh, a Political Scientist from the National University of Singapore (NUS), explained that WP’s current Aljunied team cannot afford to switch constituencies as they risk backlash from residents.

[The Aljunied residents may] punish the WP for ‘abandoning’ them.

All the talks about the political strategy of the ruling party and the opposition party can only mean one thing — the coming General Election will be exciting indeed.