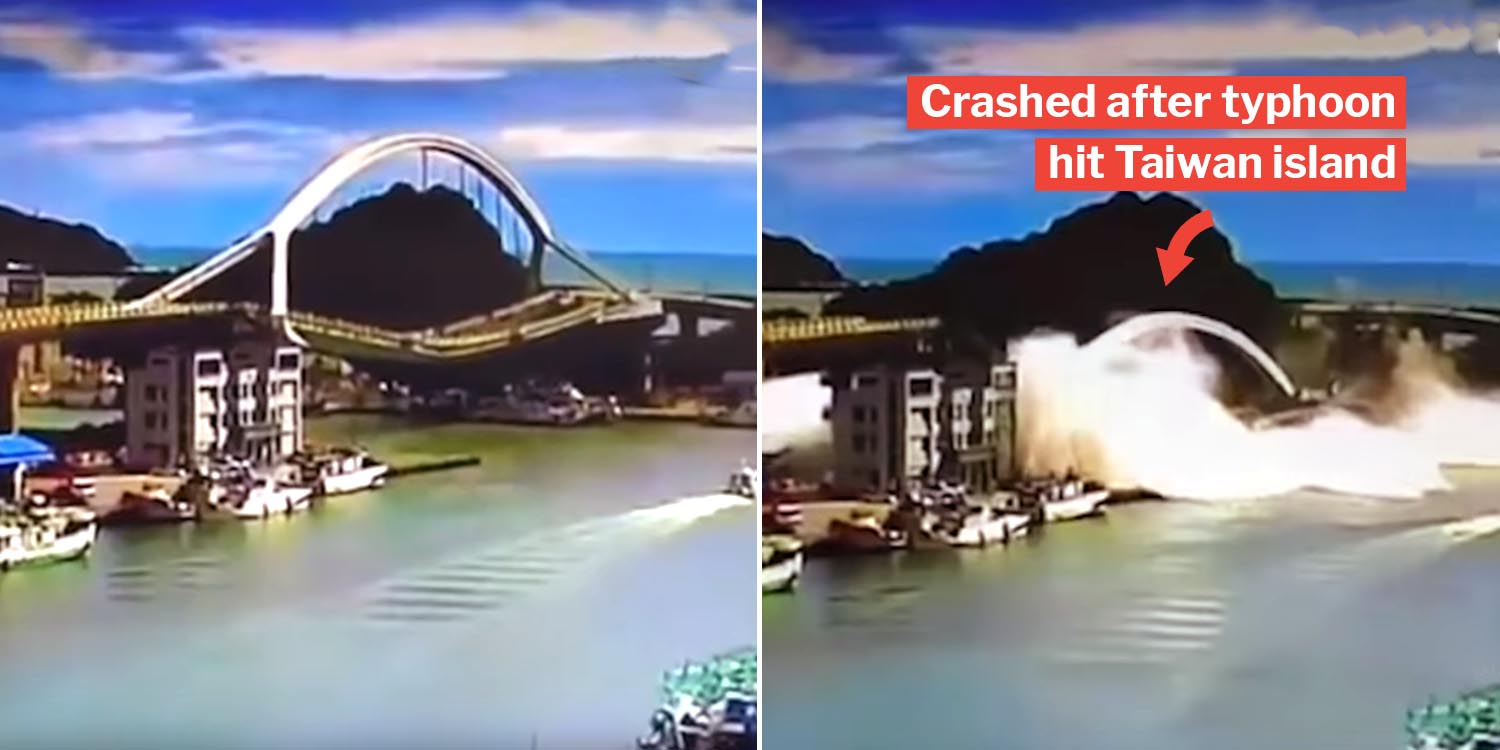 Hours after a typhoon swept across Suao town, 6 people are feared to be trapped after a bridge suddenly collapsed.

Nanfang’ao Bridge, located in Suao township of Yilan county, collapsed at 9.30am on Tuesday (Oct 1), according to a Facebook post by Taiwan lawmaker Wang Ting Yu.

The bridge had fallen onto a group of fishing boats at the bottom.

The 137m bridge collapsed at 9.30am on Tuesday (1 Oct). CCTV footage shows the bridge suddenly caving in before collapsing quickly within 10 seconds.

Below is a video from Associated Press capturing the tragedy.

Here is another video showing the actual moment when the bridge came crashing down into the waters.

It collapsed before a petrol tanker could cross over to the road. The tanker burst into flames soon after.

Cause of bridge collapse unknown

The Nanfang’ao bridge was completed in 1998, according to the Yilan Tourism Board. Investigations on the cause of the collapse are ongoing. 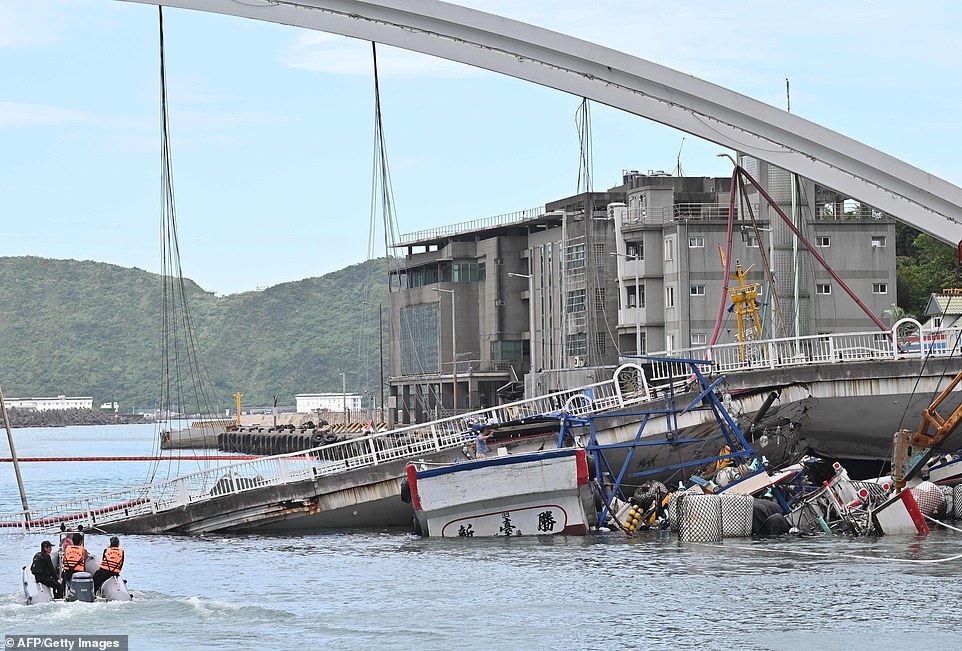 A close-up of the Nanfang’ao Bridge’s wreckage
Source

While Typhoon Mitag has hit Taiwan the night before, the footage of the collapse has indicated that the weather was fine that day.

The National Fire Agency has said that rescue operations are still ongoing. Latest reports state that they suspect more than 6 people could be trapped under the wreckage. 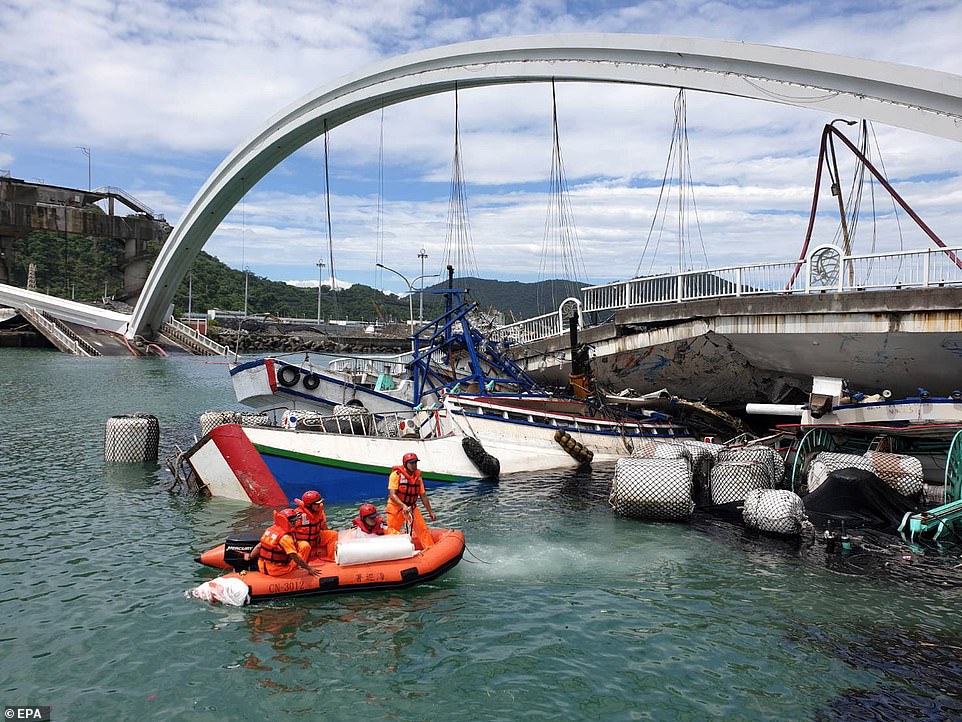 Rescuers searching the wreckage of the fallen bridge
Source

A total of 12 people have been sent to hospital for treatment, including the driver of the petrol tanker and 2 navy divers who were injured during the rescue mission.

The rest are fishing workers, according to the agency.

Saving people is the top priority! I request all relevant departments to put all efforts into the rescue operations!

A total of 214 rescuers, 32 disaster relief vehicles, 14 ambulances and 11 boats have been dispatched to facilitate rescue operations, reported TVBS.

We hope the trapped victims will be found soon.