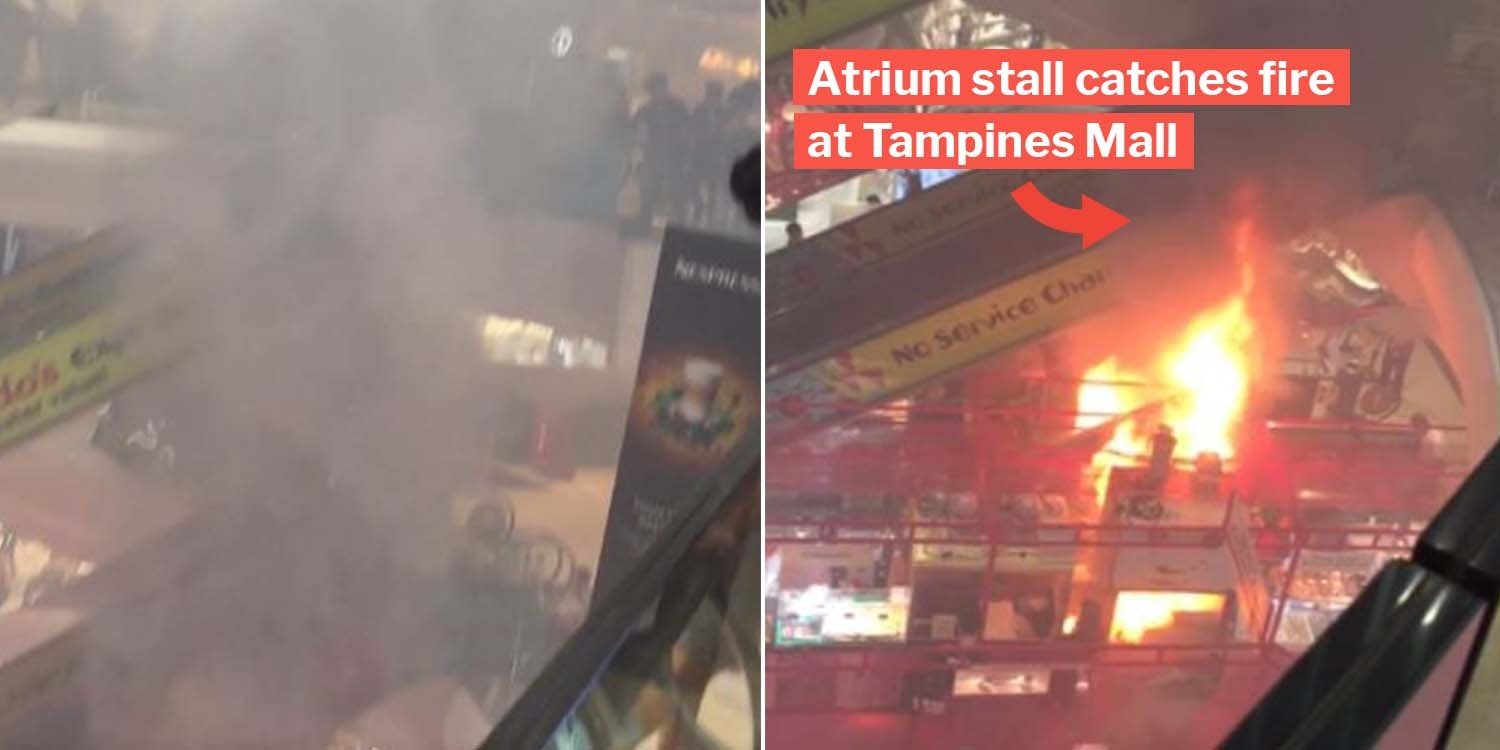 At around 4.20pm on Thursday (18 Apr), shocking footage of a fire at Tampines Mall‘s ground floor was posted on Reddit by user u/Lextromi.

The short 42-second clip immediately gained traction as it depicted a stall located in the atrium of the mall catching fire.

You can view it in full here.

Pillars of smoke within mall

The video begins with the concerned murmurings of on-lookers as they capture the footage of an on-going fire about 2 levels below them. 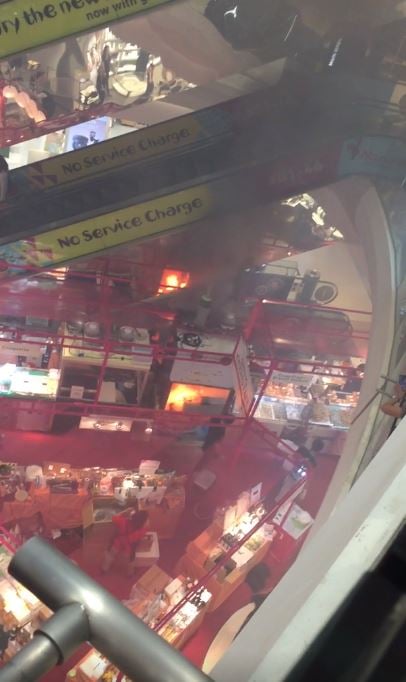 The blaze suddenly flares up as pillars of smoke billow up from the original source of the fire on the ground floor.

The source of the blaze was identified as a stall located on the ground floor of the mall. Yahoo News reports that the display was part of Tampines Mall’s Spring Kyushu Fair. 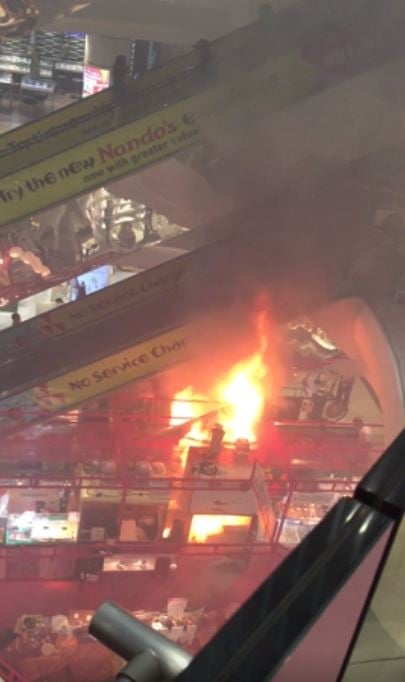 Eagle-eyed residents quickly located the scene of the fire as opposite the Délifrance outlet at Tampines Mall — and not Tampines One as the video is titled. 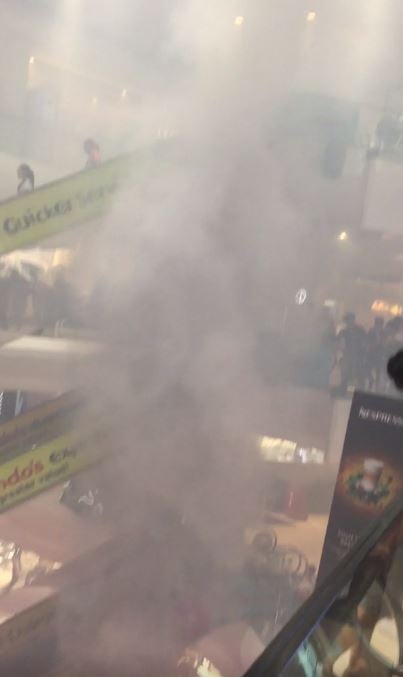 The clip unfortunately cuts off before showing that help was rendered to the situation.

According to Yahoo News, bystanders have reported seeing “SCDF…and police vehicles” arrive on the scene to assist everyone affected.

Some netizens were quick to point out that the onlookers really should have been making their way safely out of the building instead of filming the fire.

We know that our firefighters will help extinguish the flames swiftly, and sincerely hope no one – including SCDF and police personnel – gets hurt in the process.

As this is a developing story, do keep refreshing this post for updates. In the meantime, our readers are advised to avoid the area while the situation is dealt with.