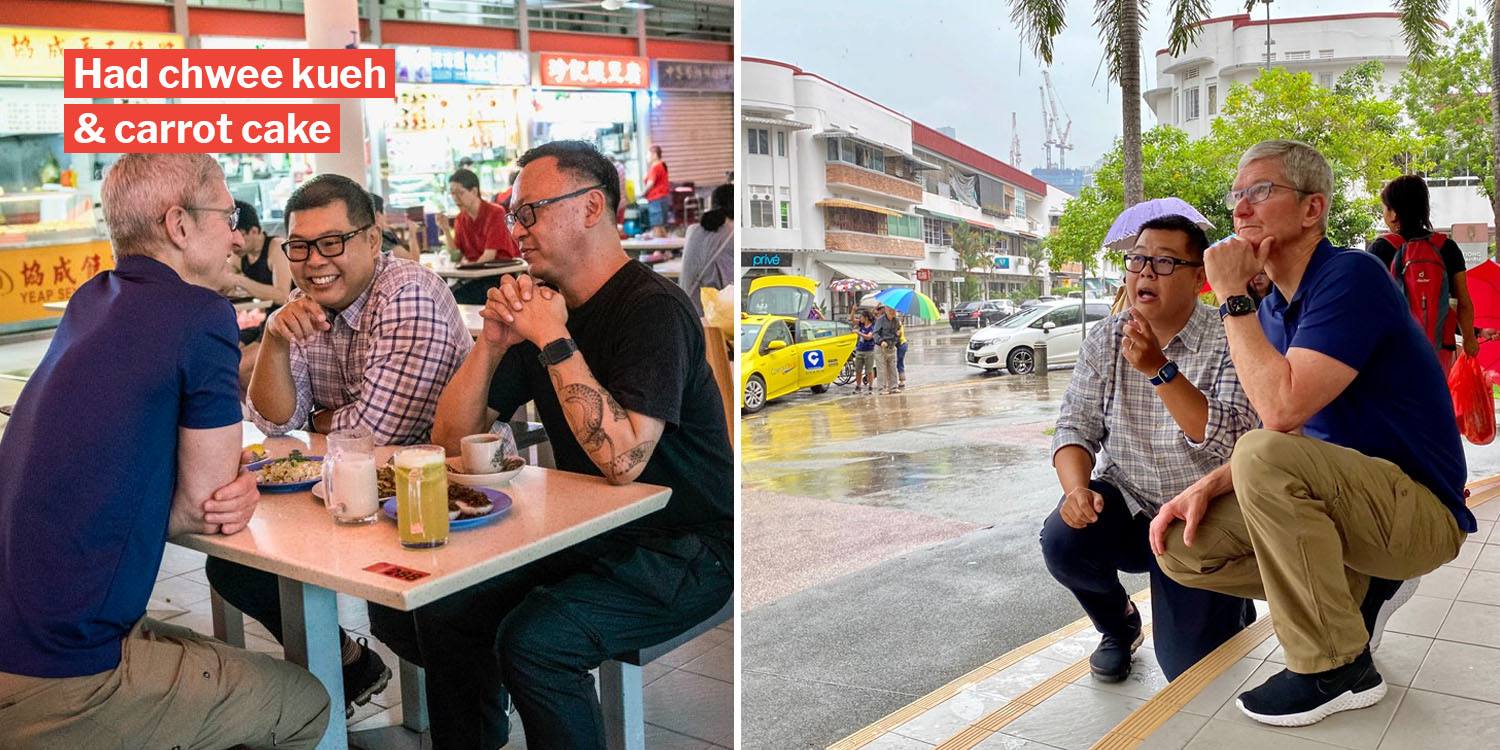 Tim Cook had a makan session in Tiong Bahru.

When it comes to leaders in the tech sector, nobody is as well-known as Tim Cook, the current CEO of Apple. 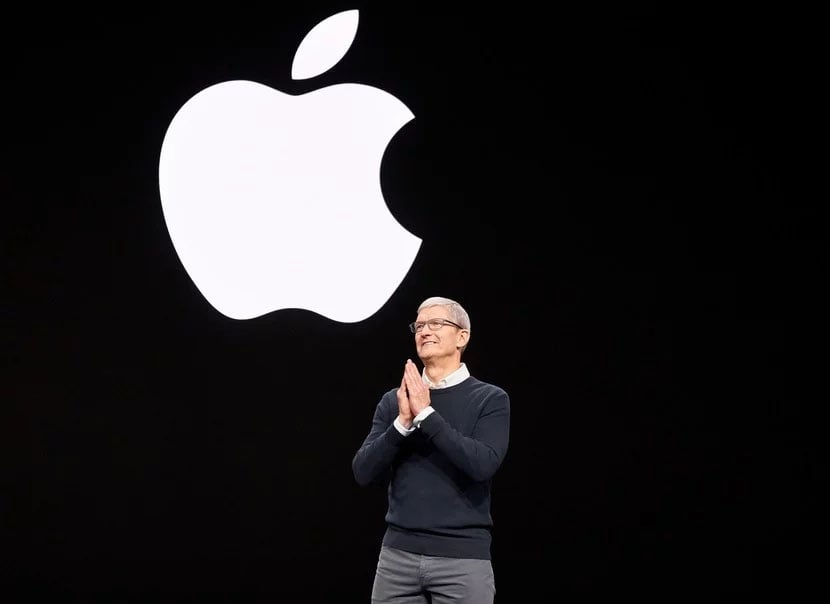 On Wednesday (11 Dec), Cook was seen feasting at Tiong Bahru Hawker Centre, one of Singapore’s most renowned food institutions. Hosting him were Darren Soh and Aik Beng Chia, 2 Singaporean photographers known for their aesthetic shots taken on the iPhone. Prior to their meal, the 2 photographers apparently brought Cook on a guided tour of the wet market and shared their knowledge about the architecture around the area.

Due to the rain, the trio could only admire the buildings under the shelter of the market. The 3 of them then went upstairs where they feasted on hawker fares like carrot cake, chwee kueh, 9-layer kueh, and soya milk.

Cook later described the spread as “amazing” and thanked the pair for “sharing their love of Tiong Bahru’s rich heritage”.

The local photographers also took the chance to take individual photos with Cook. 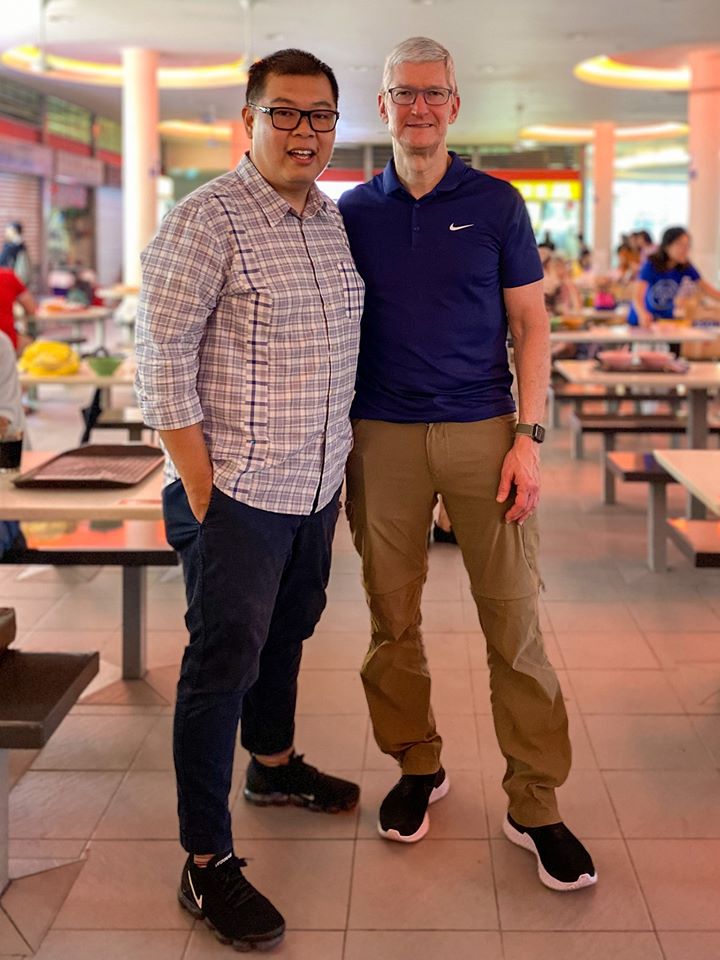 Even Soh’s family managed to get a picture with the tech leader. Darren Soh was a winner of recent Apple photography competition

The opportunity to host Cook may not have been a coincidence.

Back in February, Soh’s picture depicting Potong Pasir HDBs reflected in a puddle of water made him 1 of 10 winners of Apple’s Shot On iPhone Challenge. Soh was also the only person in Asia to win the award. 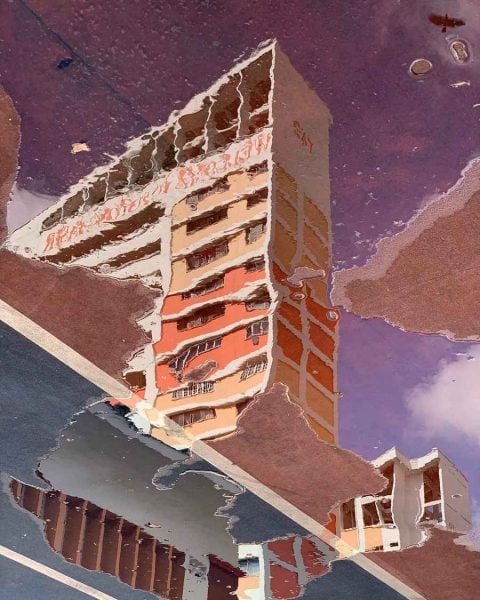 He did not state explicitly if the meeting came as a result of his victory in the competition, but it wouldn’t be a surprise if that was the case.

Hope Cook has a blast in Singapore

We hope Cook enjoys the rest of his time here in Singapore.

That said, we wish a belated congratulations to Soh for winning the competition. We hope this inspires other budding photographers in Singapore to follow in his footsteps and take part in similar international competitions.