Uncles Tussle At HDB Void Deck, Netizens Ask Why Nobody Broke Up The Fight 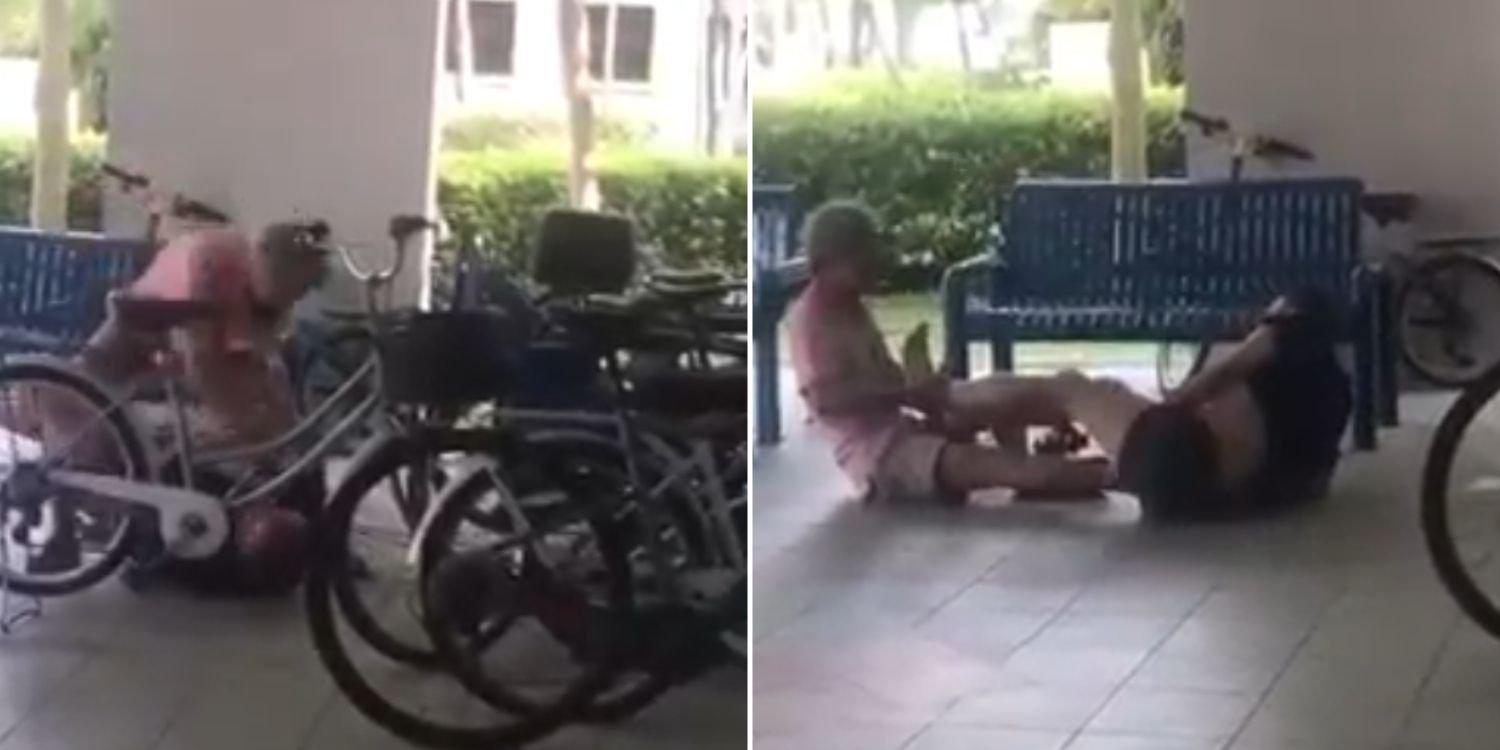 Oftentimes, we see elderly folks spending their afternoons at void decks, chatting with their peers over a game of chess.

While their meetings are usually amicable, things got rowdy for a group of elderly men when two of them got into a scuffle.

The brawl went on for nearly five minutes, with other seniors in the vicinity making room by shifting bicycles around and lying about the police arriving, so they would stop fighting.

The odd scene left some netizens puzzled and wondering why nobody stood their ground and broke up the fight.

On Wednesday (27 Apr), a video was posted on Facebook showing two uncles getting at each other’s throats, literally, at an HDB void deck.

The fight involved a man in pink and another in black, with both throwing punches before falling to the ground.

On the floor, the uncle in pink adopted a ground-and-pound stance and towered over the uncle in black, who shielded himself with his arms and knees.

Not to be outdone, the uncle in black started kicking upwards toward the other man’s head — the move, however, seemed ineffective.

Once the uncle in pink got a hold of his enemy’s foot, he wound up a punch and landed a big blow on the other uncle’s head.

The audible thud from the punch alerted the other uncles nearby, with someone moving a bicycle away to afford the fighting pair more space. Another tried lying to the brawlers by suggesting that the police are coming.

When one man came swooping in and tried separating the pair, the fighting uncles started to engage in some, um, questionable fighting techniques.

With both uncles on the floor and on their backsides, the uncle in pink held both of the other man’s feet while firmly planting his own foot on his opponent’s groin area.

The pink-clothed uncle then started jamming his leg into the other’s groin repeatedly. He stopped after the uncle in black let out a small cry.

This continued for a bit longer, and the five-minute video ended with both of them locked in a verbal exchange.

Netizens expressed their disappointment, with most of them asking why no one bothered to break up the fight. 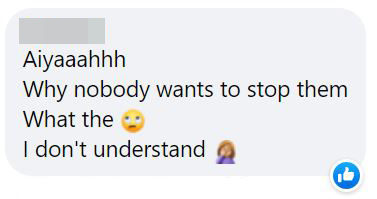 While that was the common sentiment, others took the opportunity to poke fun, with one quipping that the uncles will regret getting into the scuffle as they’ll feel it all over their bodies the next day.

Another netizen suggested that these uncles should “grow old gracefully” and partake in other more peaceful activities instead of getting into fights in the middle of the day.

The cause of the fight is still unknown at the moment.

Hope uncles can set their differences aside

Strange fighting techniques aside, it’s disheartening to see seniors get into such an aggressive scuffle in broad daylight.

While it may not be easy finding a fruitful endeavour at their age, fighting is definitely not a suitable substitute.

Let’s hope they manage to set aside their differences and meet again to reminiscence about the good old days in peace instead.