Many commended the couple for being thoughtful.

As a multicultural society, we often see touching interactions between members of different races. These stories often awe us with the kindness involved.

A Facebook user recently shared a similarly heartwarming account of an elderly couple looking for chocolates to gift their neighbour with. 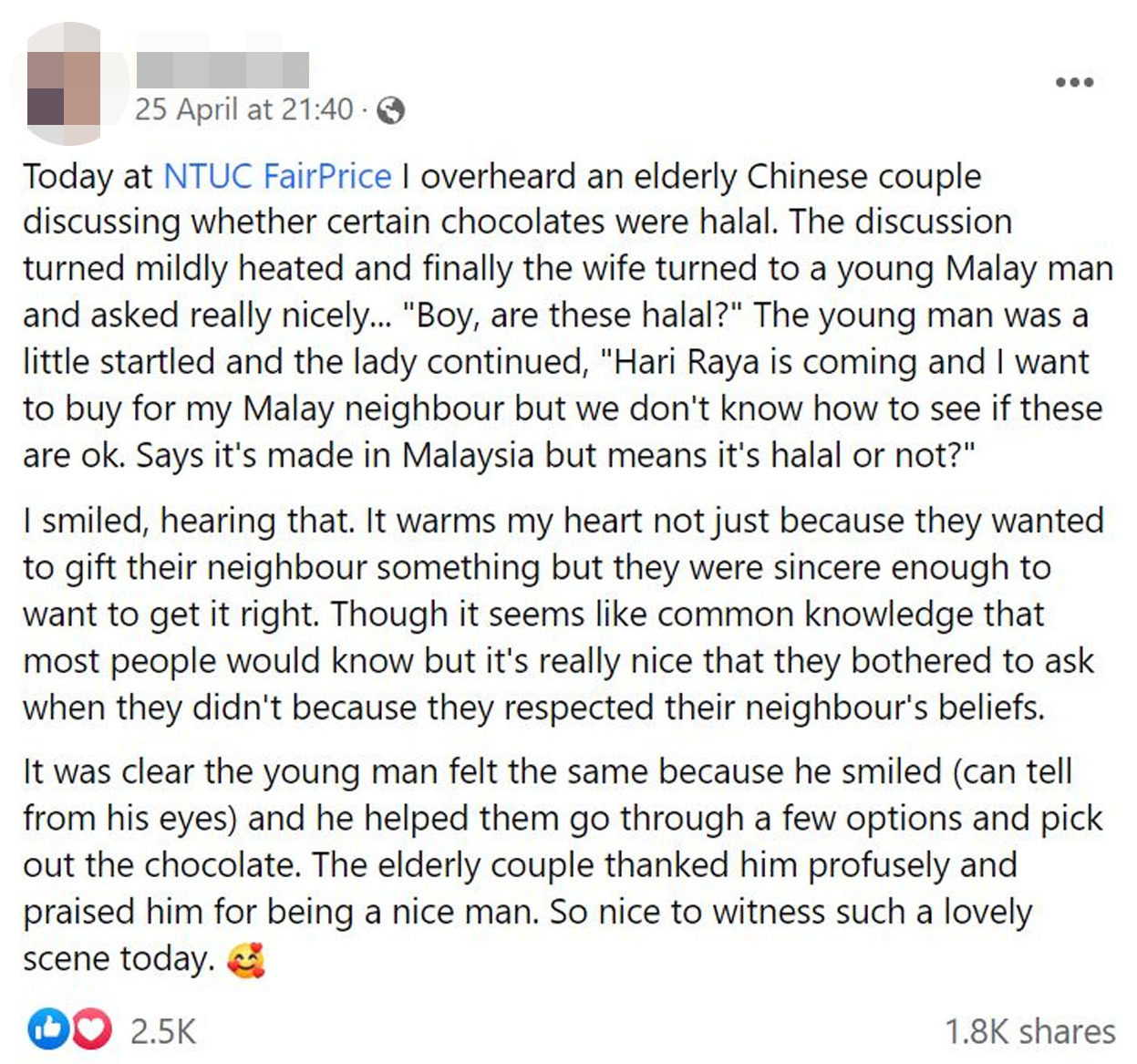 Confused about which ones were halal for their Muslim neighbour, they turned to a young Malay man for assistance. He readily offered his help and was impressed by their thoughtfulness.

The story has gained attention amongst Singaporeans, many of whom praised the couple for the compassion shown towards others in their community.

On Monday (25 Apr), a user took to Facebook to recount a touching encounter she witnessed at an undisclosed NTUC FairPrice outlet. 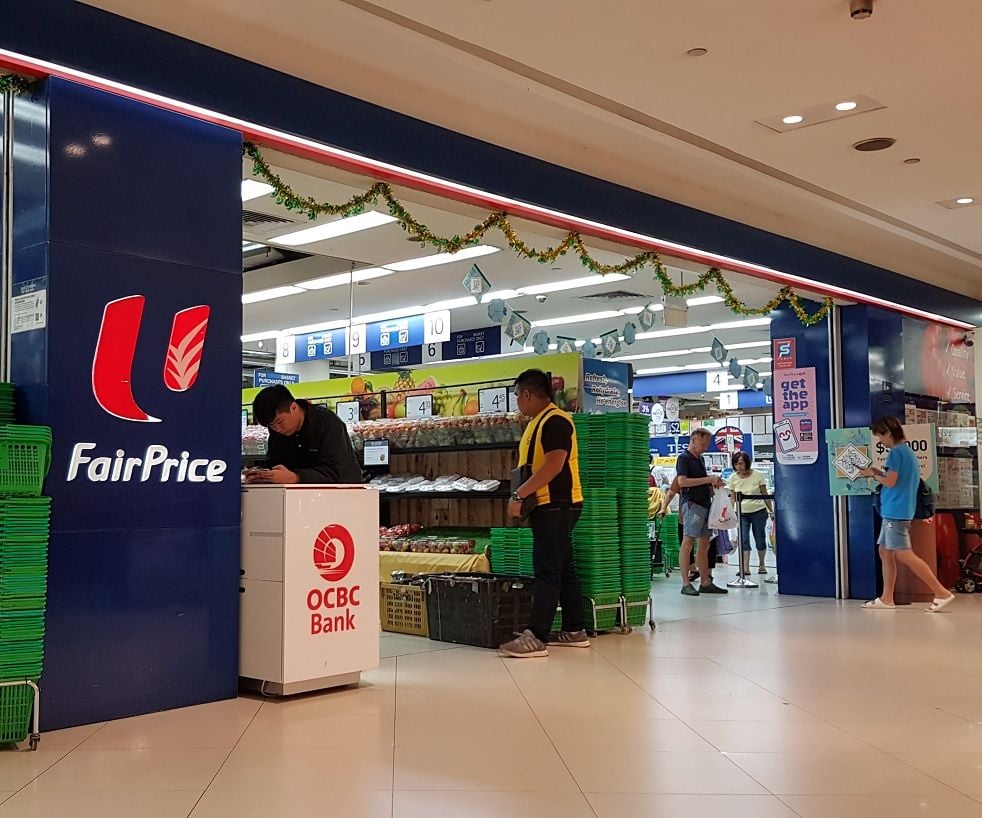 She explained, “Hari Raya is coming and I want to buy for my Malay neighbour but we don’t know how to see if these are ok. Says it’s made in Malaysia but means it’s halal or not?”

Seeing how thoughtful the couple was, the OP shared that the conversation warmed her heart.

Identifying the halal symbol on chocolate packets may be common knowledge, but it was certainly heartwarming to see the couple wanting to be doubly sure.

The genuine request similarly affected the young man, who smiled before assisting the couple to select their chocolates.

They proceeded to thank him profusely, praising him for being a “nice man”.

Couple praised for their kindness

Others were similarly won over by the couple’s kindness. In a society brimming with cynicism, it is rare to find members of our community being wholly unselfish with their behaviour.

This user appreciated the inspiring nature of the couple’s actions, urging others to similarly purchase gifts for their Muslim neighbours during the month of Ramadan.

Commendable of couple to think of their neighbours

Though we often witness the kampong spirit in Singapore, it still feels gratifying to see it on display every now and then.

During the pandemic, we have grown even more disconnected from those who live next door. It is thus reassuring to see this elderly couple treat their neighbours with such kindness.

Their thoughtful actions also serve as a reminder for the rest of us to spare a second for others in the community.

We hope their actions inspire others to consider gifting their Muslim neighbours with a gift or two before Ramadan ends. After all, a little kindness goes a long way in making someone else’s day.

Featured images adapted from Flickr and Dreamstime. Both pictures are for illustration purposes only.