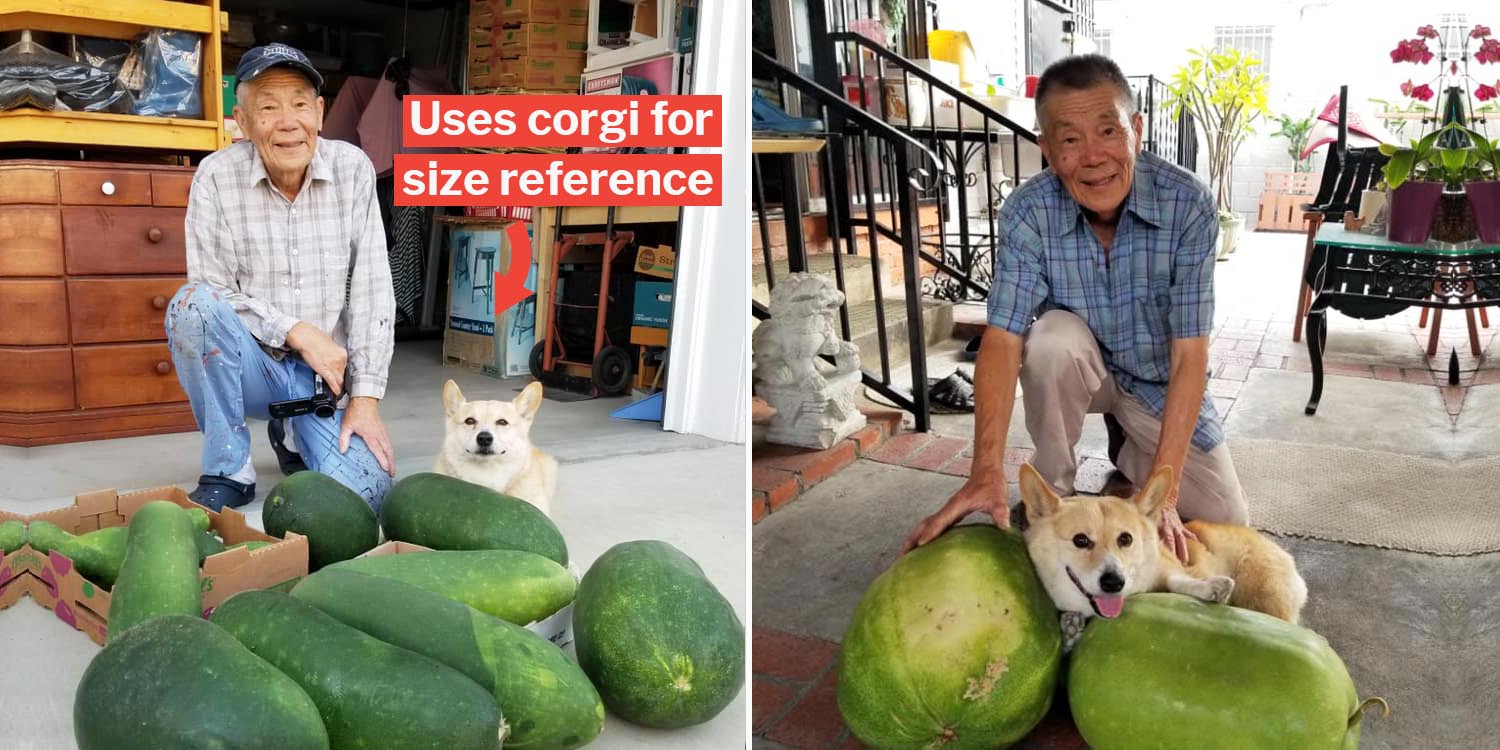 Grandparents do the cutest things sometimes, like smiling when their dentures are off.

For a woman living in the United States, Carolyn Wike finds her grandpa, whom she affectionately calls gong gong, adorable when he shares pictures of his homegrown winter melons.

Taking her story to private Facebook group Subtle Asian Traits, she shared how proud her gong gong was over the winter melons he grew this year in his garden — complete with pictures that show how he uses his pet corgi for size comparison.

Wike’s post went so viral over the entire week, that Asian American news site Next Shark covered the story too on Tuesday (15 Oct).

Netizens gushed over her adorable grandpa and corgi Edmund, with one in particular saying “This is so wholesome, I’m weeping.”

It appears that many could relate with Wike’s thought at the end of her post, which said,

Who else’s grandparents get proud of the veggies they grow?

Wike later told NextShark that her grandpa, at the ripe old age of 89, hails from Guangdong, China, and moved to San Francisco in 1947.

She said that he enjoys gardening with his wife – Wike’s grandma – in their home. For the last 50 years, they have grown all sorts of greens, fruits, winter melons and bitter melons.

Here’s a picture of Wike’s grandparents together that she shared to NextShark.

Wike revealed that Edmund was her uncle’s pet corgi. Edmund is wheelchair-bound but helps support her grandpa in his gardening.

Edmund becomes extremely helpful when her grandpa needs to take photos and uses him as a “very handy measuring reference”.

Whenever he wants a picture with his melons, he asks my uncle to bring Edmund over. I think for the size reference.

Here’s to wishing Wike’s grandparents good health, so they can continue to win the Internet with their melons and Edmund.