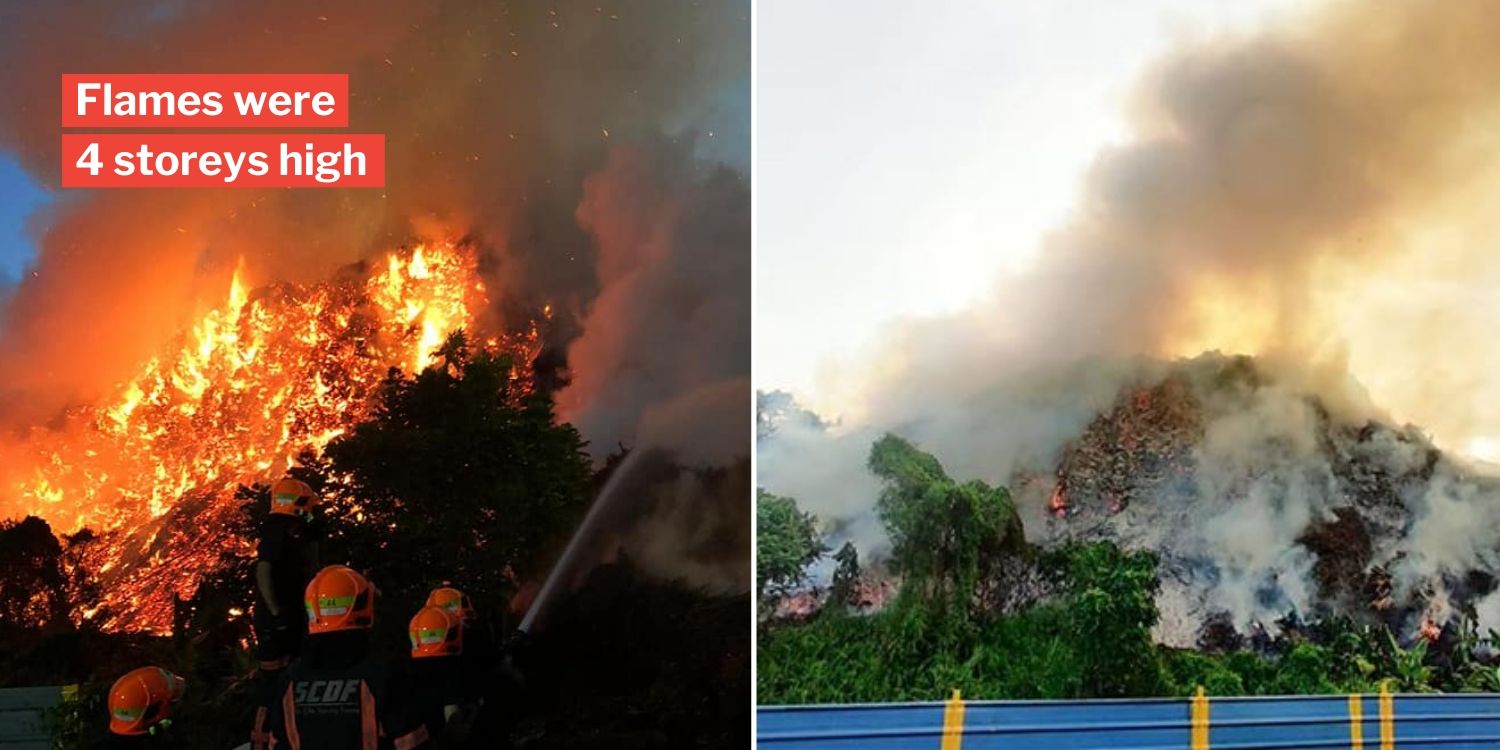 While most of us were in deep sleep, our firefighters from Singapore Civil Defence Force (SCDF) were breaking their backs to extinguish a huge blaze.

The fire, which involved piles of horticultural waste, broke out at No 131 Lorong Semangka in Choa Chu Kang.

SCDF was alerted to the fire at 1.30am on 14 Feb, according to their Facebook page. 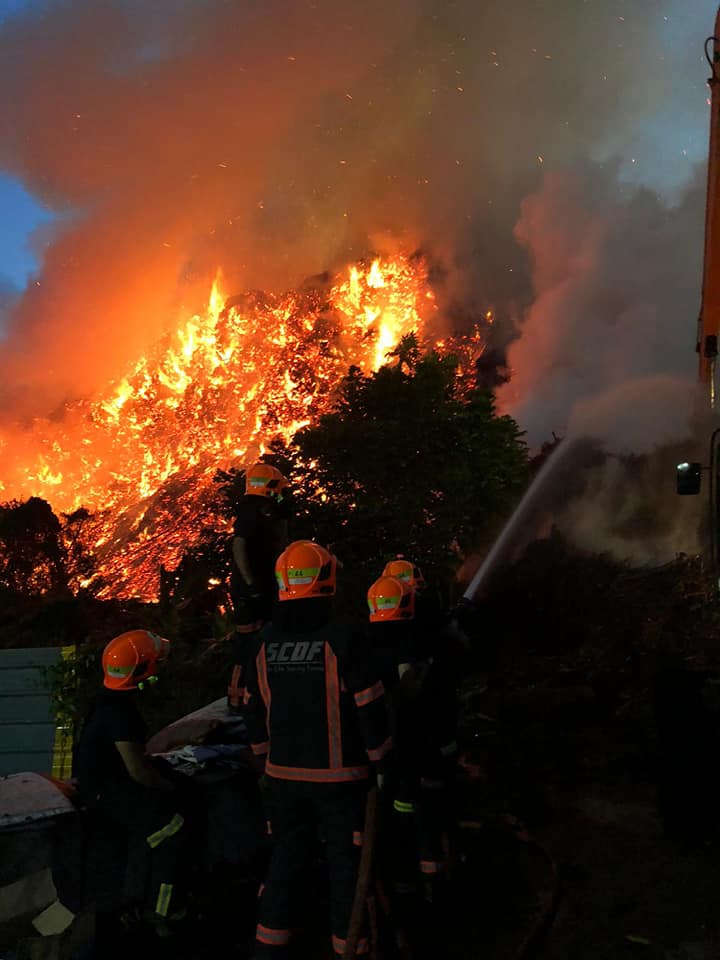 Fighting the fire was no easy feat. SCDF shared that the piles of waste there was the size of a football field. To make matters worse, the flames were 4 storeys high.

Efforts to put the fire out were still ongoing at 9.03am, 8 hours from when they received the call. This was due to the slow burning of “deep-seated” piles, large amounts of dry vegetation in the area, and windy conditions.

Police said no injuries were reported, according to The Straits Times.

SCDF deployed 50 firefighters and 6 emergency vehicle to combat the flames. As of 9.03am, 5 water jets were used to bring the fire under control. 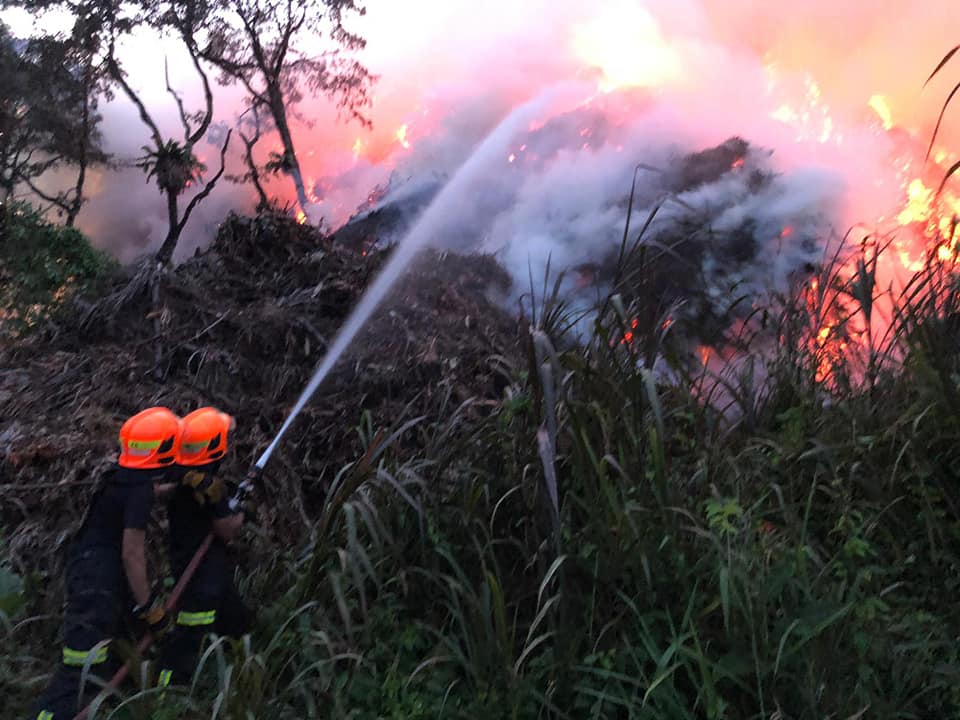 Furthermore, SCDF used the company’s excavators to make physical gaps – fire breaks – between materials that could catch fire. This was done to prevent the flames from spreading further. 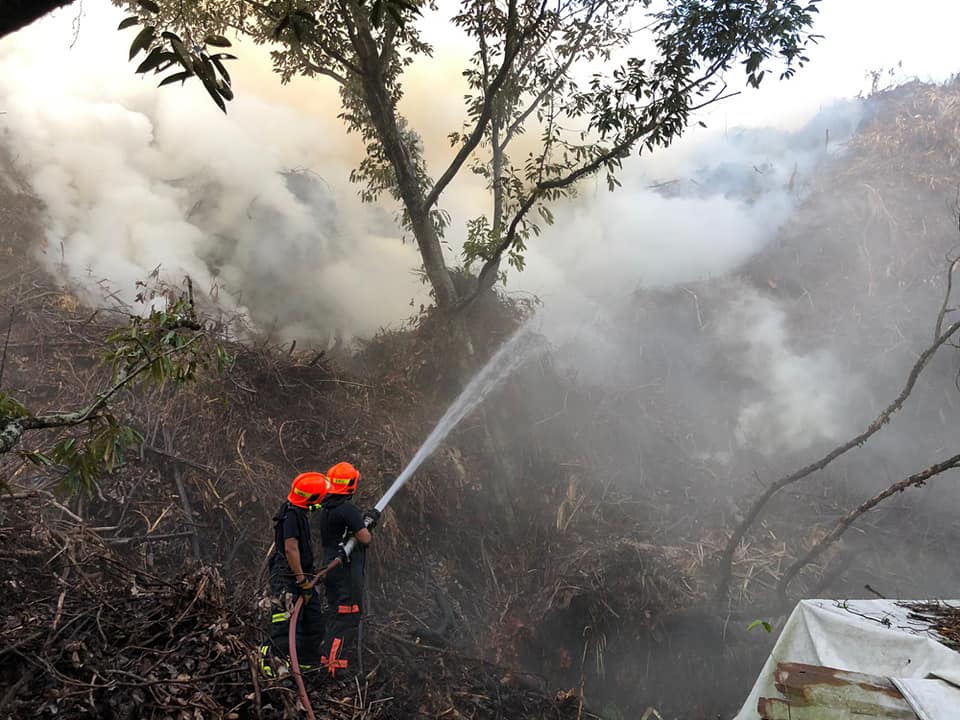 However, SCDF said this was expected to be a “prolonged firefighting [operation]”.

The company at No. 131 Lorong Semangka was not named.

Netizens commented living in the Jurong West commented that the air had a burnt smell.

Some even thought it was the haze returning.

Hope everyone is safe

There has been no updates from SCDF yet at the time of writing. We hope the firefighting operations can be completed smoothly, and that all personnel are safe.

Three cheers for all the firefighters are involved in putting the blaze under control.