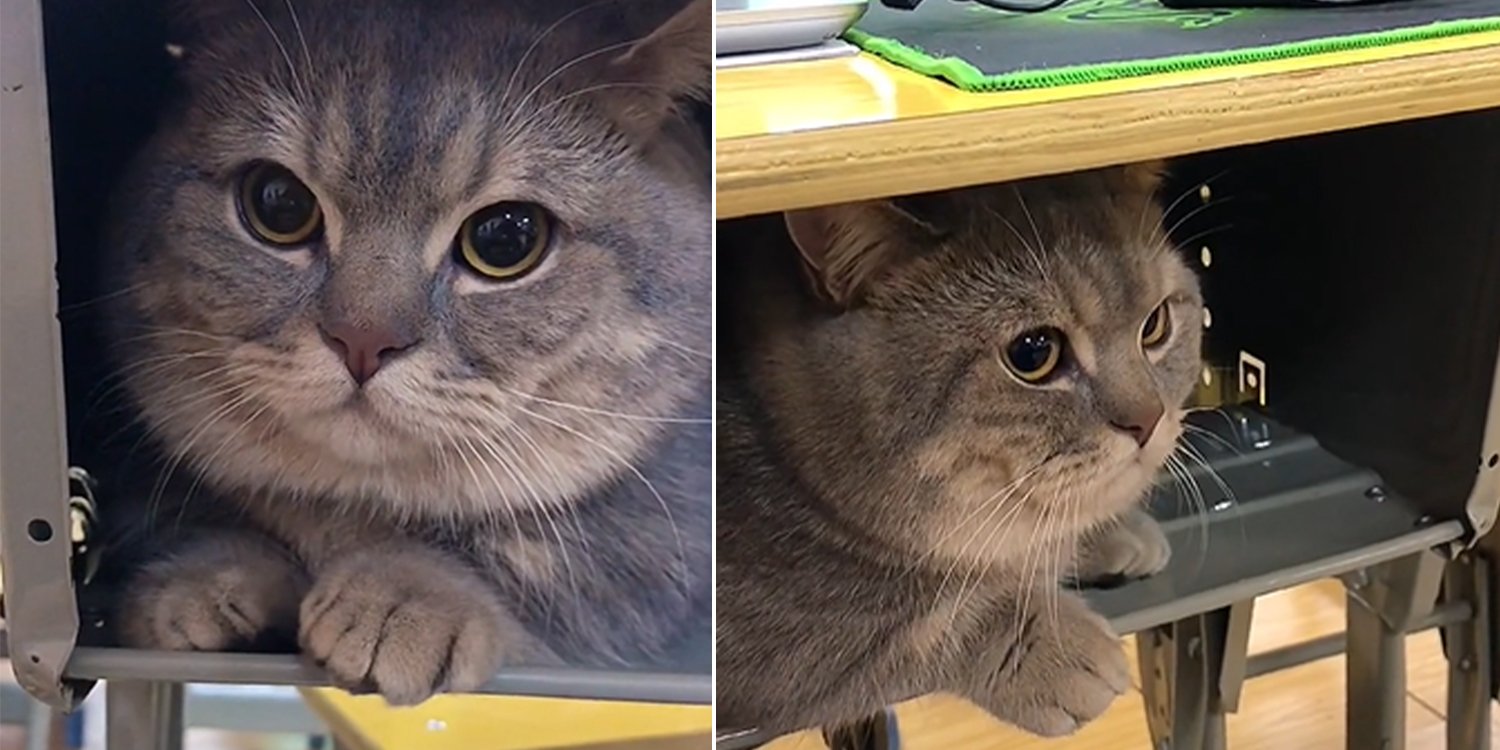 Many cat owners are used to their cat basically doing whatever they want, but some can be rather attached to their hooman too.

Such was the situation that one student in Xi’an, China, faced when she was running late for class.

Ms Wen had to bring her Munchkin ball of fur – named Ba Dun – and sneak him under her table in class. Ba Dun’s adoring look charmed the Internet after Ms Wen posted a video of him on Douyu.

Ms Wen told MailOnline that Ba Dun was clinging on to her leg while running late for class.

So she had to bring him along.

The Douyin video shows Ba Dun being extra adorable and stealthy as he’s stashed under the desk.

Just look at him obediently eyeing the phone, not making a sound. 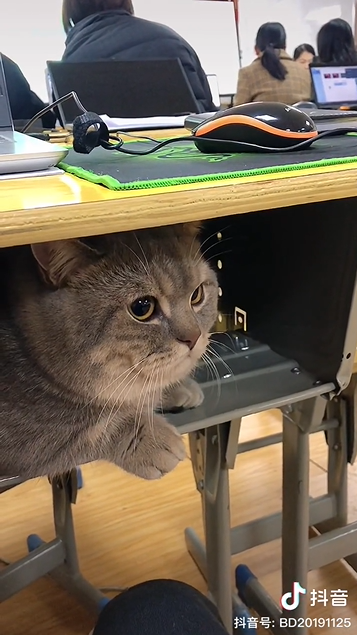 Maybe Ms Wen couldn’t have been quite as attentive during the lesson as she’d have liked, but that’s alright — there were extenuating circumstances.

Who could pay attention to class with a feline looking at you with those eyes? In another video, Ba Dun can be seen trying to escape 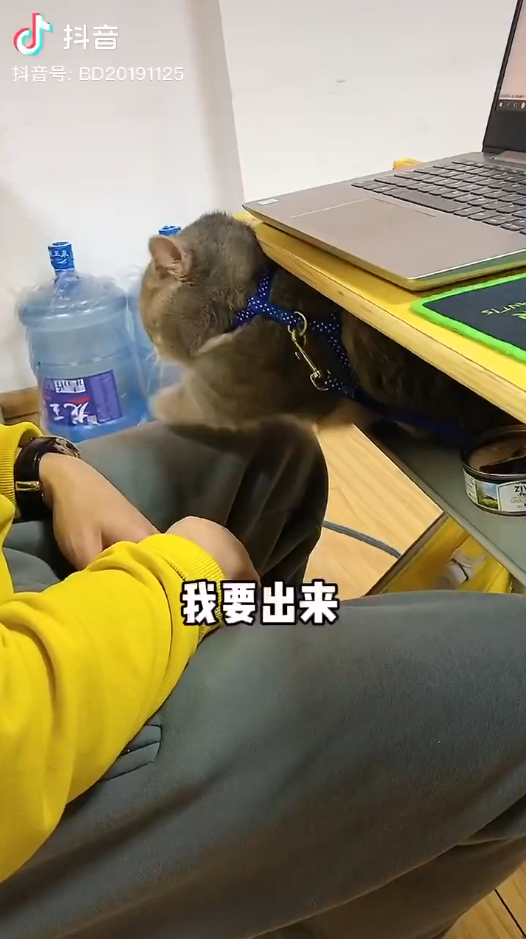 …only for Ms Wen to shove him back under the desk. 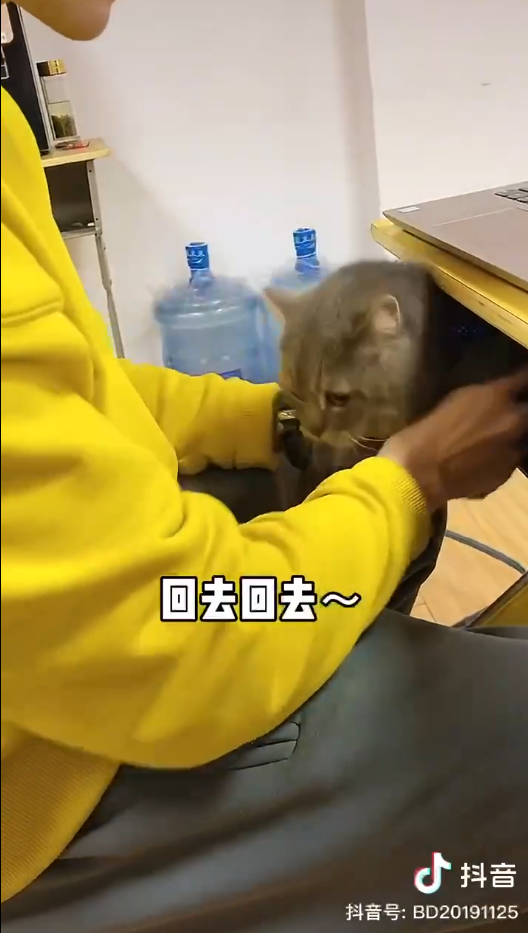 This video is presumably taken after the one that went viral, since there’s a segment with her teacher asking “what are you doing” in a manner that looks staged. Well, the reason he even ended up there was because Ms Wen “couldn’t bear letting him down”, the student said.

Apparently, he was looking really sad and didn’t want the hooman to leave.

We can definitely understand Ms Wen’s decision in light of that.

It’s almost a miracle that Ba Dun didn’t get caught for wanting to get an education with his hooman.

But we guess even if her lecturer spotted him, she’d let him stay.

All he has to do is gaze with his upturned eyes. 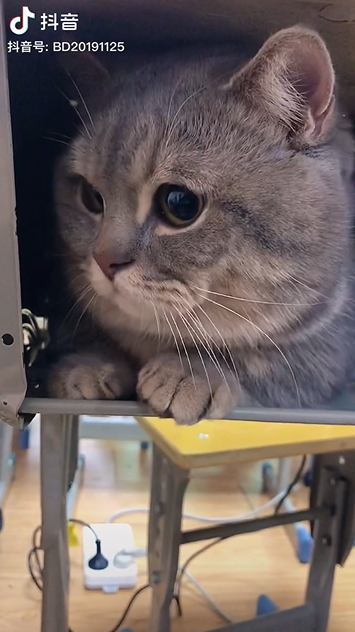 Incidentally, they only found out about it when the video went viral.