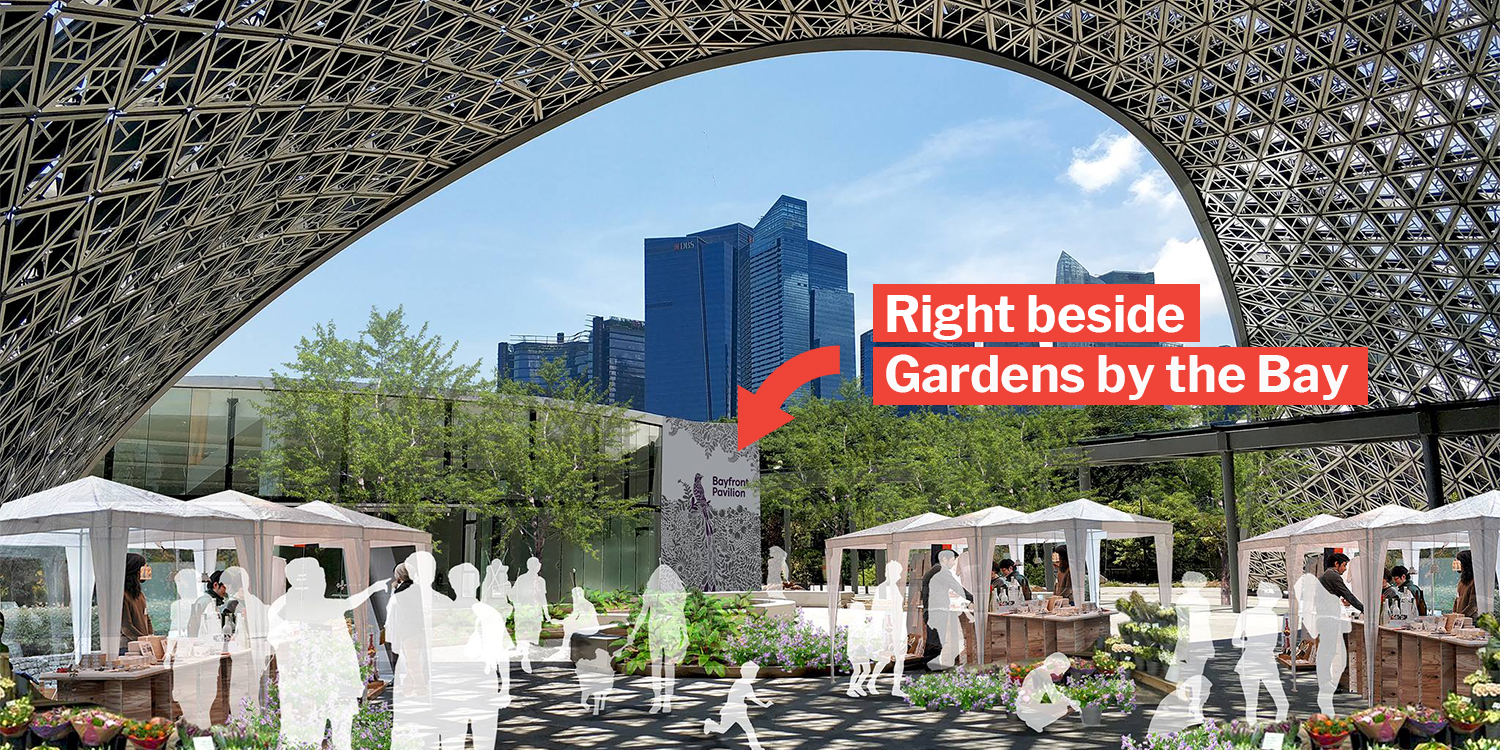 Gardens By The Bay Pop-Up Market At Bayfront Plaza

Just this morning (14 Apr), President Halimah, together with a few ministers, pulled on ceremonial strings to reveal – not without an appropriate explosion of confetti – the launch of Bayfront Plaza. Bayfront Plaza is a roughly 5,000 square feet space next to Gardens by the Bay. The free-entry space will house “a floral attraction and cafe, as well as community spaces that will feature a weekend market.” 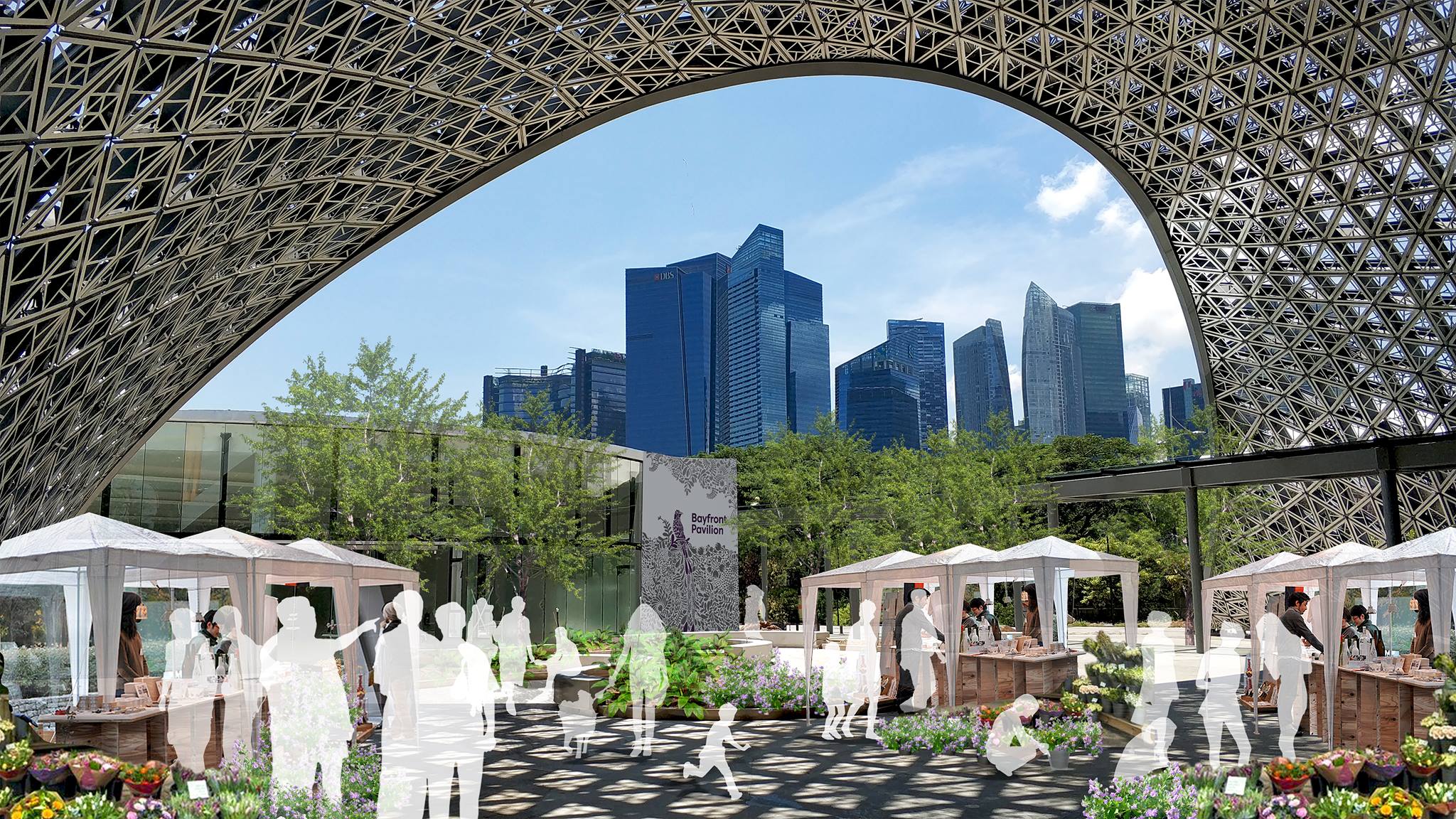 Illustration of what the plaza may look like
Source

The plaza may not be as fanciful as Gardens by the Bay, but when the cafés and weekend markets start rolling into the ring, you can expect the bustle to bring it to life.

The pop-up weekend market at Bayfront Plaza – which is directly outside Bayfront MRT – will run every Fri to Sun starting 19 Apr 2019.

The upcoming weekend market will feature about 30 stalls, “a third of which will be run by social enterprises.”

You can also expect to find other pretty pieces of handicraft characteristic of the verdure and flora in Gardens by the Bay. In addition to handicrafts, there will also be a number of food kiosks, because what’s a pop-up market without food?

According to National Development Minister Lawrence Wong, the plaza is an initiative to keep Gardens by the Bay inclusive, i.e. by not having an entrance fee. Slightly more than a third of the plaza can also be used by community organisers for events without charge.

Also in the spirit of inclusivity, Singaporeans in their 60s and 70s can enjoy free entry to the Flower Dome on every second Tuesday of the month starting June.

So you should have a good idea of where to take your ah gong and ah ma out in 2 months’ time.

In fact, you can even take them out to the pop-up market this coming weekend.