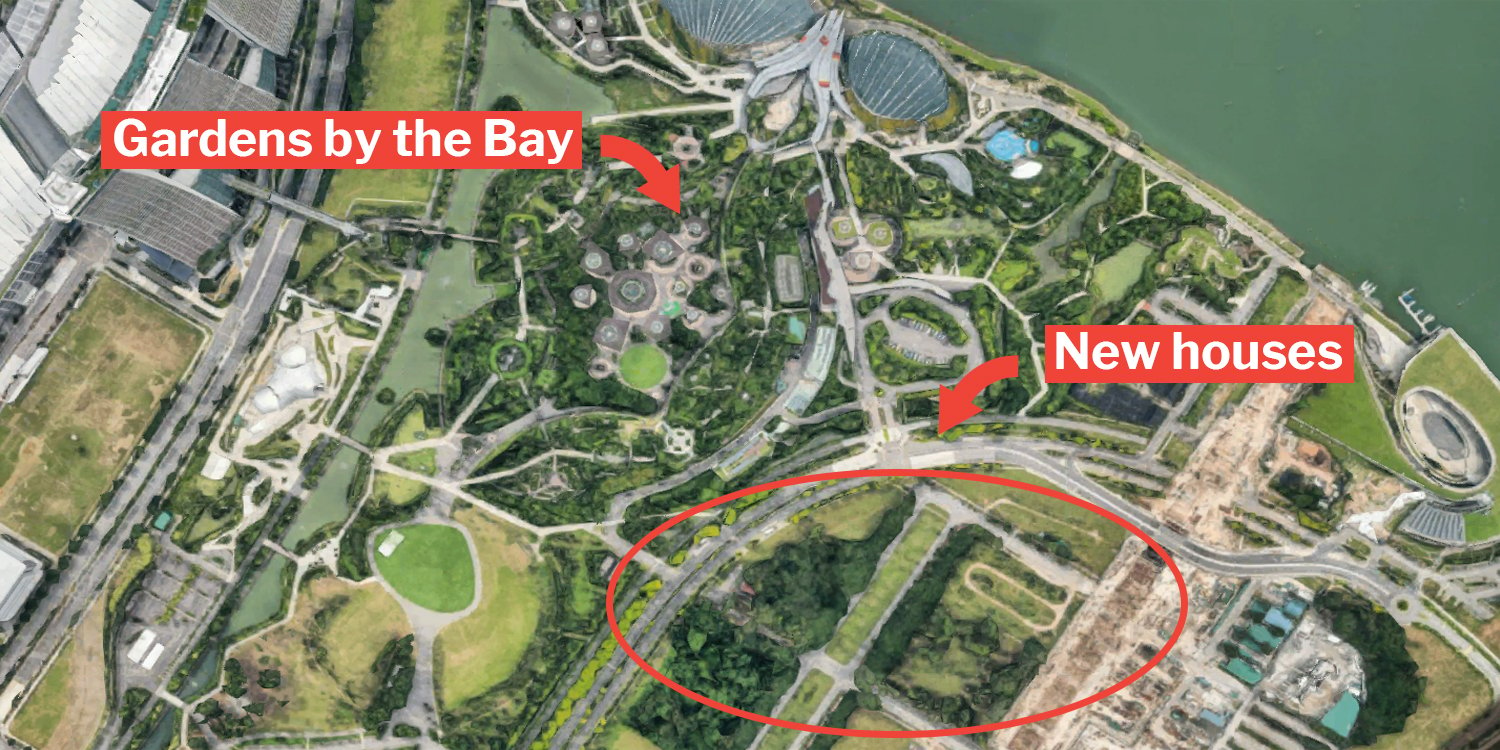 Giving the city a friendlier face.

The Master Plan details the developments in Singapore over the next 10 to 15 years. The current plan focuses on creating “inclusive, sustainable, and green neighbourhoods“.

Among the initiatives is the construction of more residential areas in the city. This means houses and community areas in places like Orchard, the Central Business District (CBD), Marina Bay and even Gardens by the Bay. 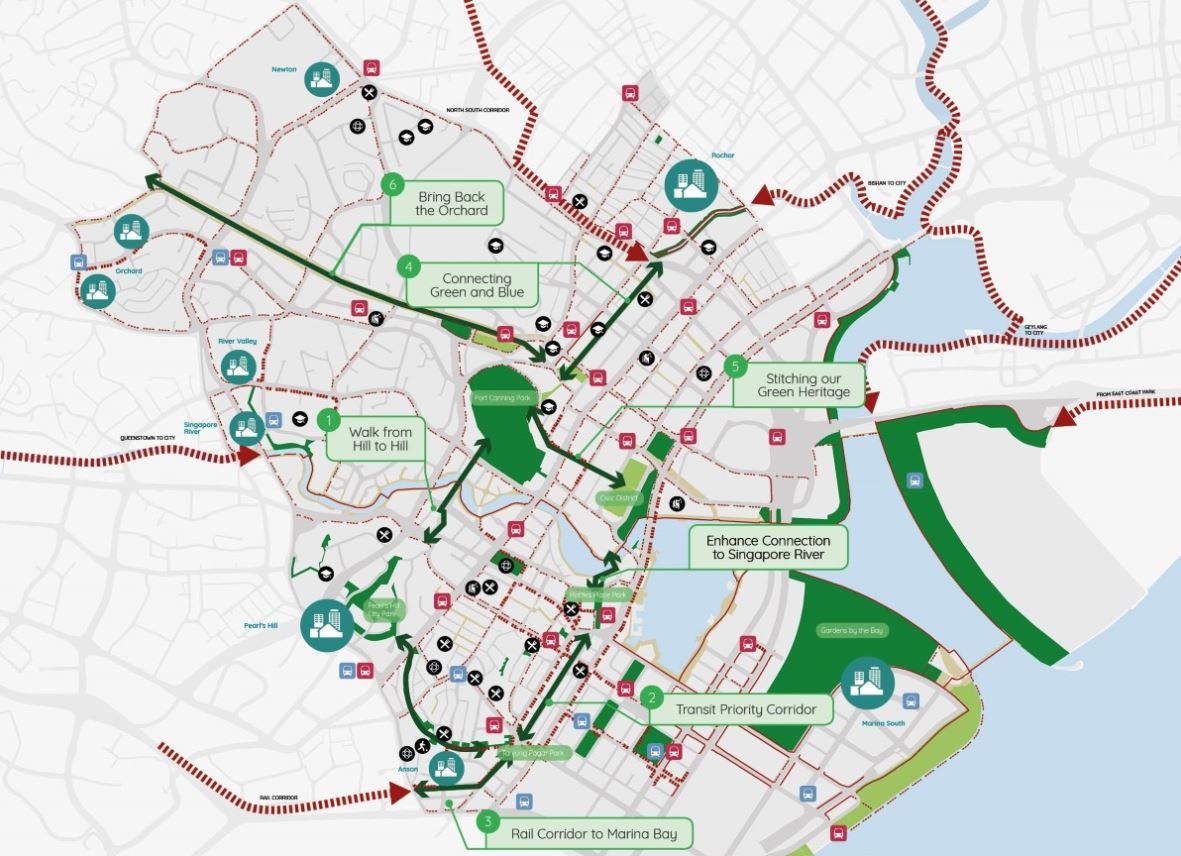 Just focus on those large circles — those are the houses
Source

9 residential estates around the city

According to the current plan, there’ll be a total of 9 new residential estates in the city area.

We know what you’re thinking — a house beside Gardens by the Bay? Imagine having a drink at the balcony while admiring the assemblage of illuminated supertrees.

About 9,000 homes will be built there. The community spaces will be car-lite and have all the amenities that you regularly find near residential places. No other details other than illustrations of the prospective neighbourhood have been released. 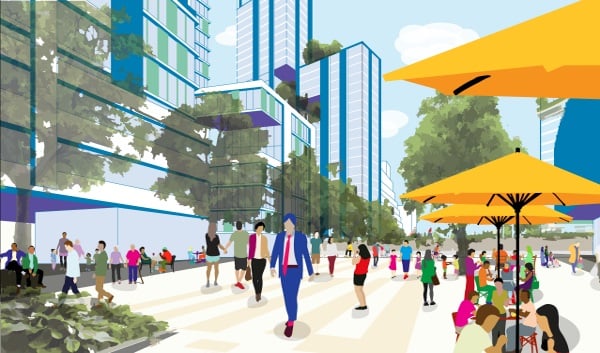 Houses near Gardens by the Bay
Source

In our national march towards a connected and greener Singapore, park connectors will be built, linking the natural spaces around the city.

These include Gardens by the Bay, Fort Canning Park, Pearl’s Hill City Park and Singapore River. 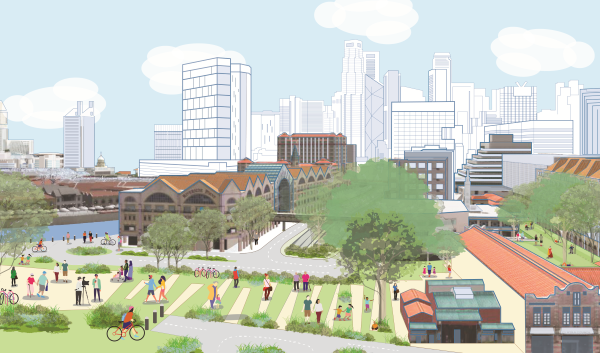 Cycling paths will also be added, from the Rail Corridor at Bukit Timah to the bustling Marina Bay. This is part of the 150km Round Island Route, which plans for a continuous cycling and walking path going around the whole of Singapore.

Exhibition of the plan at URA Centre

If you want to see the model of the cityscape in the future, you can head down to the Draft Master Plan exhibition at the URA Centre at Maxwell Road. That’ll be convenient if you happen to be having lunch at Maxwell Food Centre. Otherwise, you can view the plans online.

If there was something about the plan that struck you as odd, or that might disrupt your daily walk to work, you can share your thoughts with URA.

They left a smiley face in their Facebook post, so you shouldn’t have to feel intimidated giving your feedback.

But one thing is for sure — more houses and park connectors near the city means fewer people on the trains during rush hour.