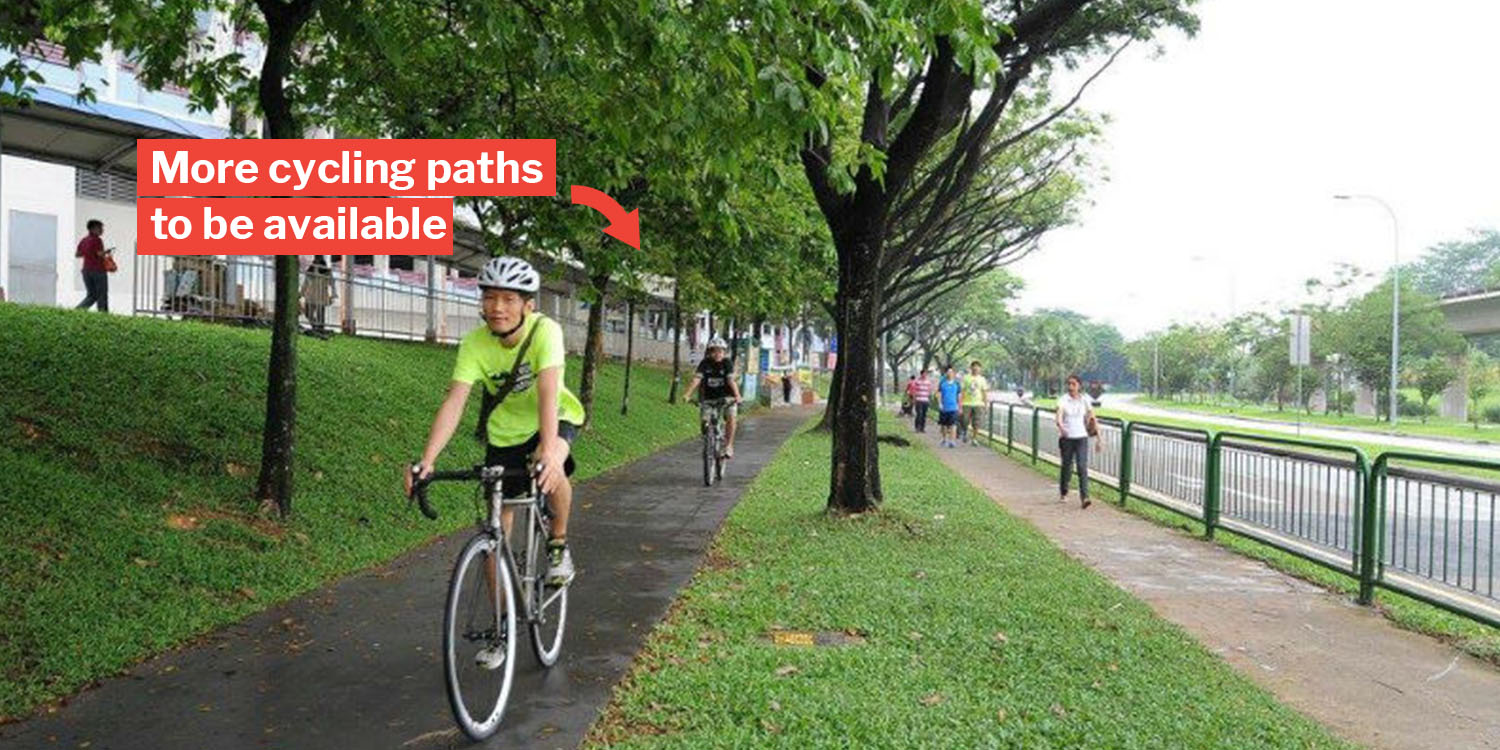 Singapore has been moving towards having fewer cars on roads.

In its latest effort, the Land Transport Authority (LTA) announced that it will be building over 40km of cycling paths over the next 5 years.

The extra cycling paths will be built in 5 areas:

These will allow cyclists to travel around safely and efficiently.

Woodlands has the greatest change to cycling paths with 20 of the planned 40km set to be built there. These new routes will allow more residents to travel from their doorstep to the nearest MRT station by cycling. 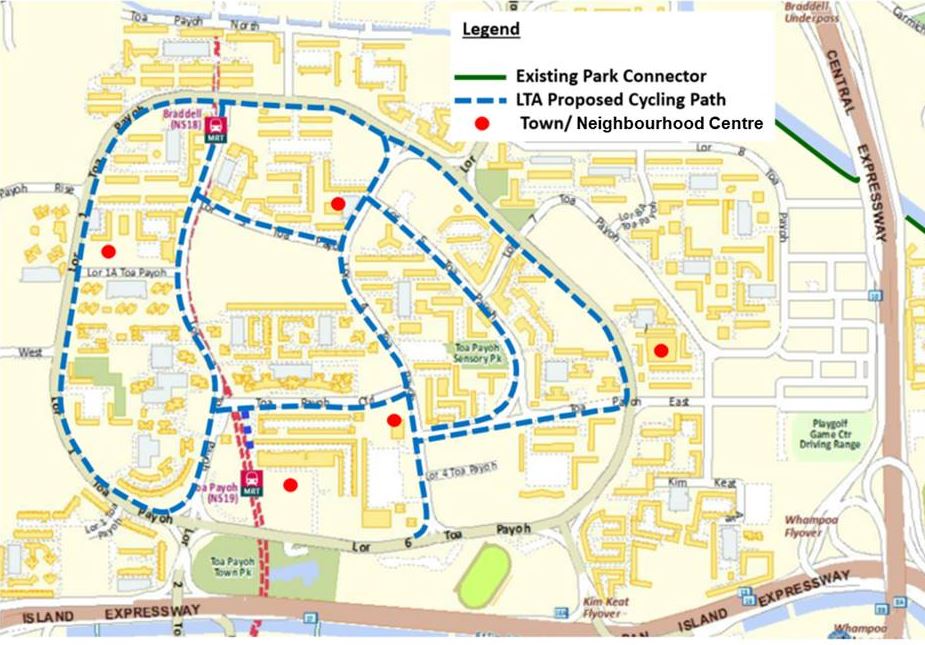 Bus stops are also being re-designed to allow cyclists and pedestrians to travel safely with the added paths.

Cyclists can more easily travel from Choa Chu Kang (CCK) to Yew Tee with the upcoming 12km of cycling paths. 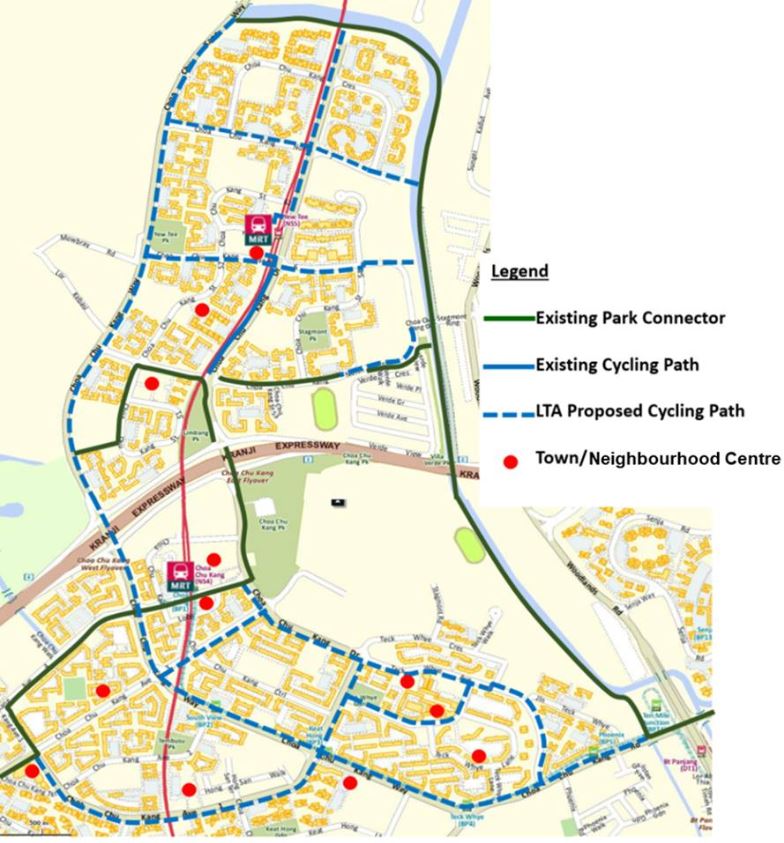 LTA is also discussing the possibility of widening the footpath along CCK West to 2.5m so pedestrians no longer need to worry about collisions with cyclists.

To make it easier for people to travel to the city, a new 150m long cycling path is being introduced. This path will connect the Geylang Park Connector to the Sims Avenue Park Connector, which leads directly to the city centre. Residents living in the Dover area will now be able to travel to central Singapore without having to cycle on roads or pavements. 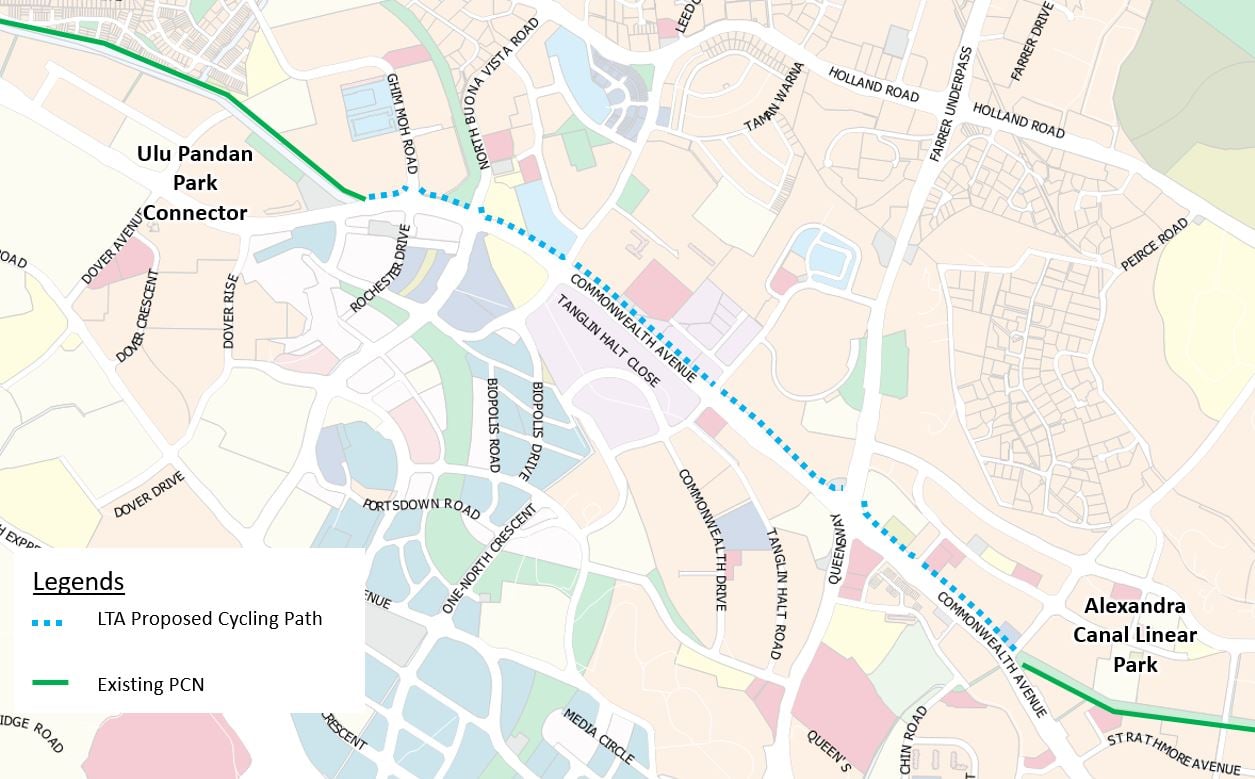 Even with all the convenience cycling routes may bring, there is still the problem of safety.

A cycling advocate noted that there needs to be physical barriers between pedestrian walkways and cycling paths.

Barriers stop cyclists and pedestrians from crossing into each other’s lanes for the sake of convenience which may lead to more accidents.

Ultimately the responsibility lies with both the cyclists and pedestrians to keep themselves and others safe. Driver Changes Lanes On CTE & Collides With Motorcyclist, Motorists Urged To Be Wary

Elderly Man Hit By Car While Rushing Across Road In Sengkang, Limps Away From Scene