Must Share News – Independent News For Singaporeans
Home Viral Facebook Pedestrian Allegedly Knocks Over Cyclist In Simei; Netizens Debate On Who Has... 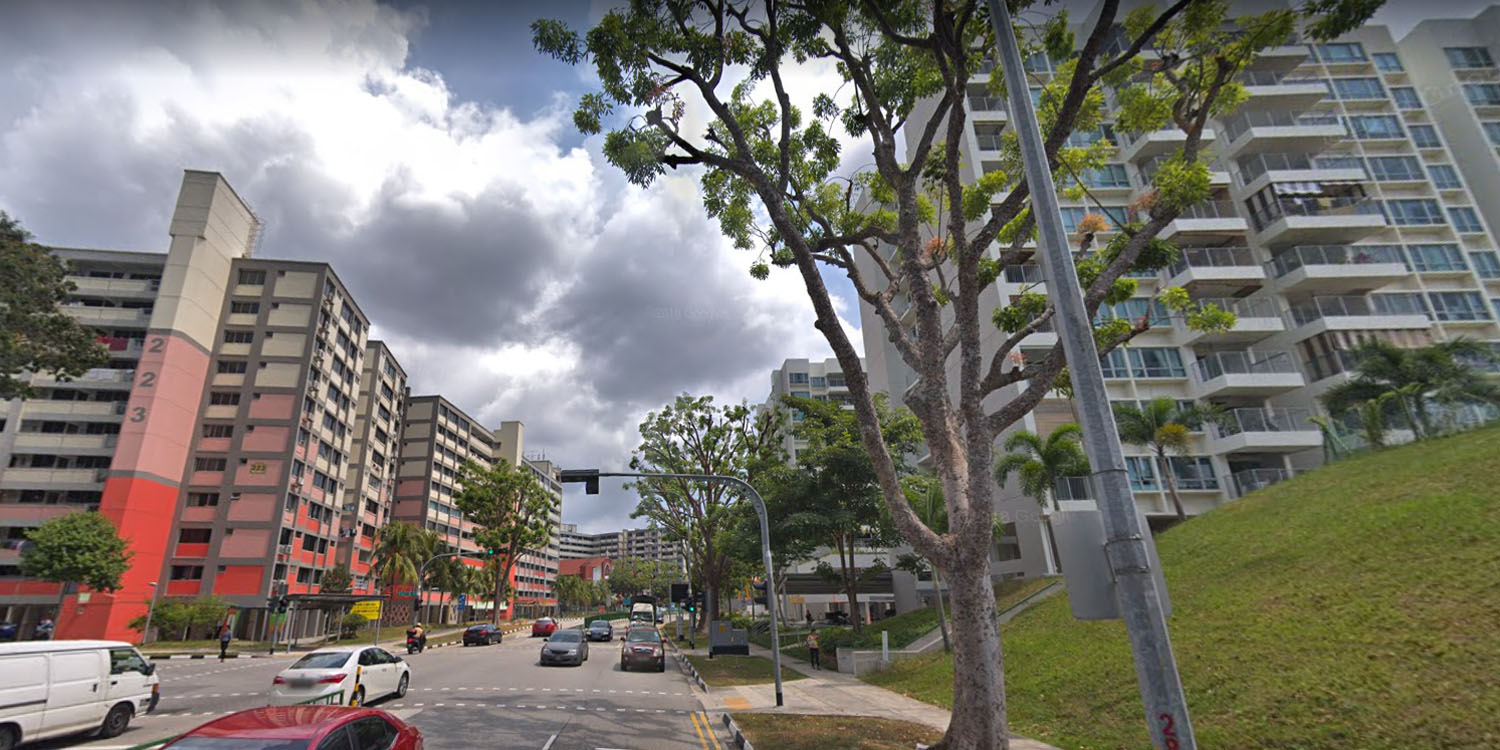 What do you do when you’re in a hurry and accidentally knock someone down?

On Wednesday (23 Jan), a netizen shared a video where a man allegedly bumped a female cyclist on the shared pathway along Simei Road. 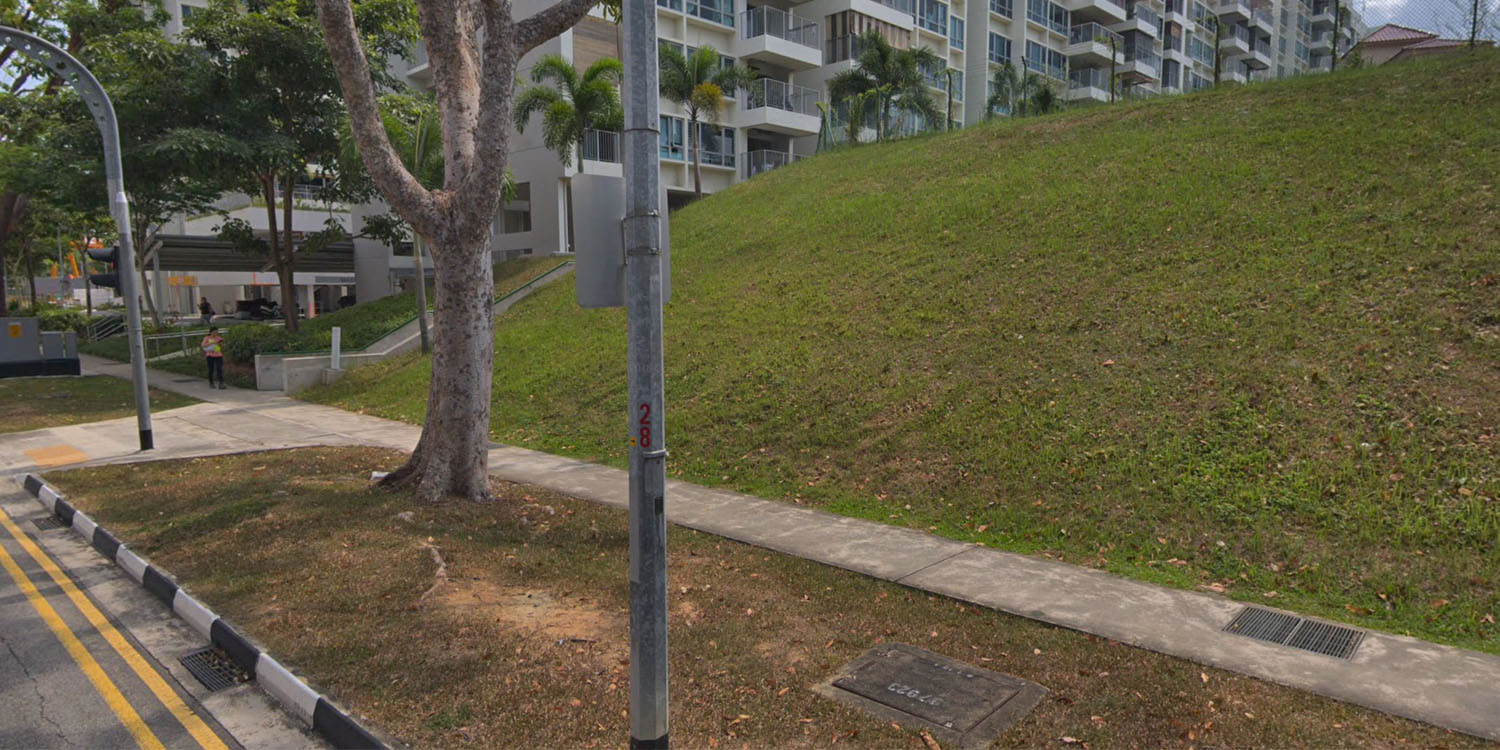 The netizen witnessed the woman fall down on the grass patch and U-turned to question the man who knocked her down.

The video has since garnered 10,000 views at the time of this article.

You can check out the full video here on Singapore Uncensored’s Facebook page.

We breakdown the incident below.

The video begins with the netizen cycling through the streets and witnessing a female knocked off from her bike. Viewers should note that the clip doesn’t show how the actual accident happened.

Next, the netizen pedalled back to reach the man and said,

You knock over people, and you just keep walking?!

The man replied that he was on call and said that work was more important than anything else.

The two kept arguing with the netizen claiming that it was a shared pathway, while the man claimed that he was a pedestrian so he had the right of way.

Cyclist who got knocked down apologised instead

The female cyclist later arrived on the scene and said that maybe she was wrong because the man might not have heard her ring her bell as she moved towards him and they could both learn from the incident.

However, the man remained unapologetic and continued to assert his right as a pedestrian.

The netizen remained upset and argued that it’s only human to help someone you’ve knocked down but the man continued to assert his side.

At the end of the video, the netizen threatened to upload the video.

The man can then be heard threatened the netizen saying,

I am from a big bank and if it spoils my reputation, I’ll come back and sue you.

Mixed reactions about who had the right of way

Netizens had mixed opinions about the incident and the right of pedestrians.

One netizen claims that if a cyclist fell it was because he was “speeding and veering off” the pedestrian. 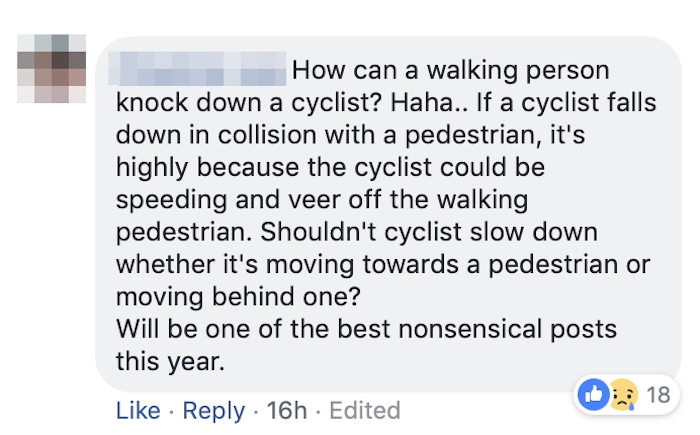 Another was upset and claimed that the man was arrogant because a call was never more important than a person.

Since the video didn’t clearly capture how the man knocked down the female cyclist, some remained skeptic.

Regardless of which side you’re on, another claimed that checking if the cyclist is injured is a “moral responsibility”.

Which side are you on?

While it isn’t clear whose at fault, we should be kind enough to help anyone who’s been knocked down.

But for the sake of a debate, do you think pedestrians have the highest right of way on shared pathways? Let us know in the comments below.