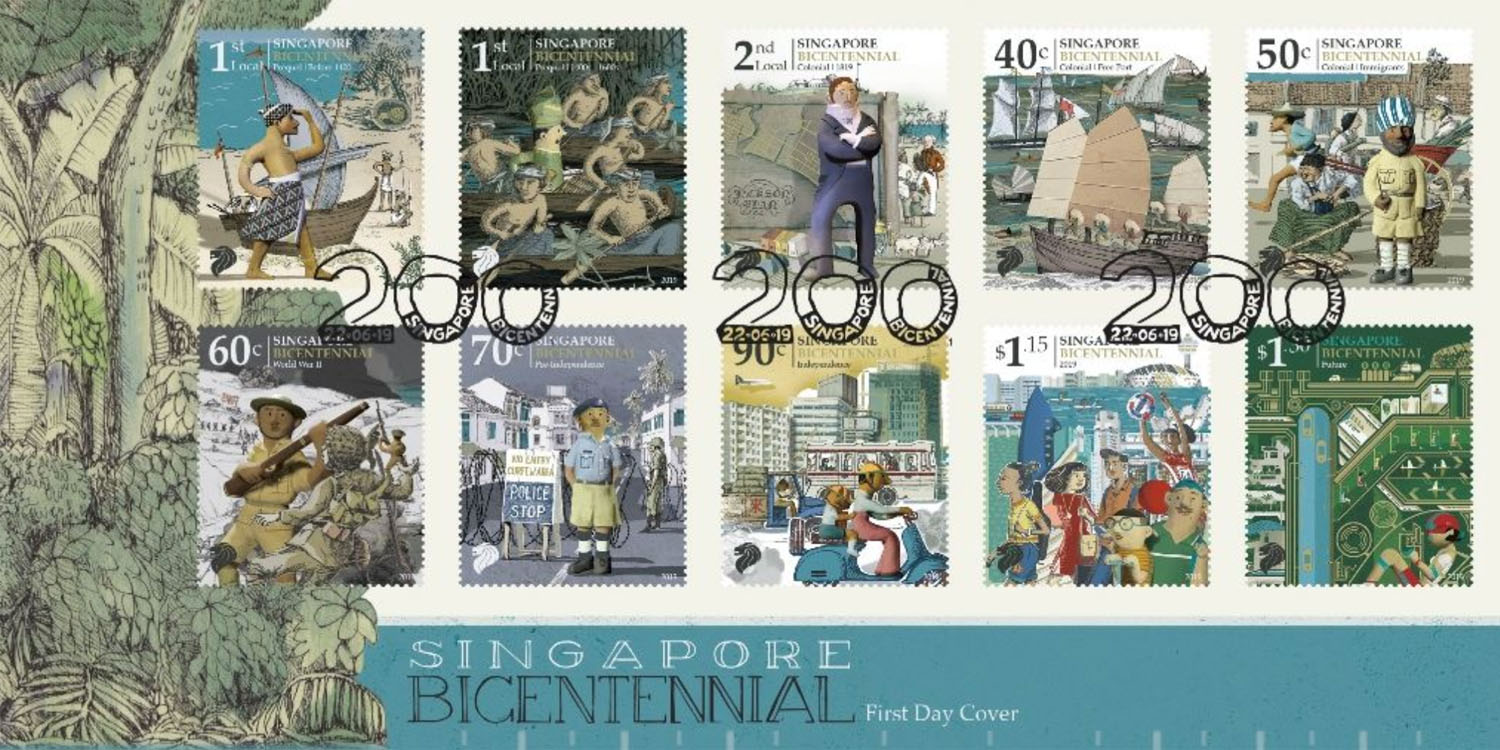 Featured Lifestyle News Things To Do

Locals who want to celebrate their national pride should take note of these new stamps released by SingPost.

On Saturday (22 Jun), Singapore Post launched the Singapore Bicentennial stamps at an event held in the Our Tampines Hub. The collection goes beyond the 200th anniversary of Sir Stamford Raffles’ arrival and depicts the country’s 700 years of history. 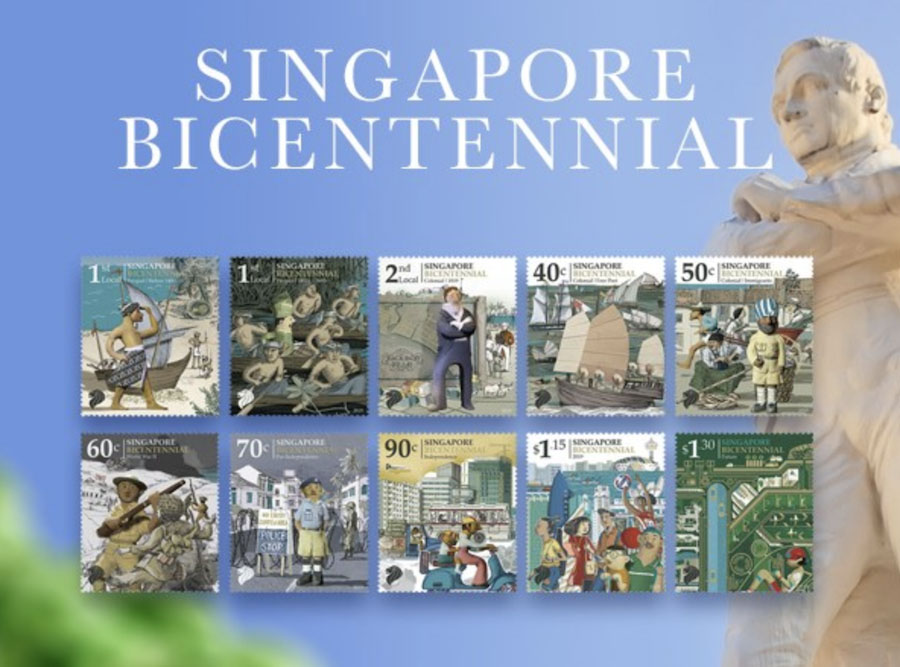 Avid stamp collectors and local patriots should check out this potential addition to their collection.

According to CNA Lifestyle, animator and illustrator Lim An-Ling designed the bicentennial stamps.

The visual tale begins upon Srivijayan prince Sang Nila Utama’s discovery of the Kingdom of Singapura in 1299 and the arrival of the Portuguese. In 1819, Sir Stamford Raffles recognised the island as a strategic port and an ideal trade route. Immigrants then entered Singapore after it became a British settlement.

We’ll never forget our ancestors who fought against the Japanese rule in WWII. The unrest and violence that followed during the post-war period inspired our countrymen to seek independence. 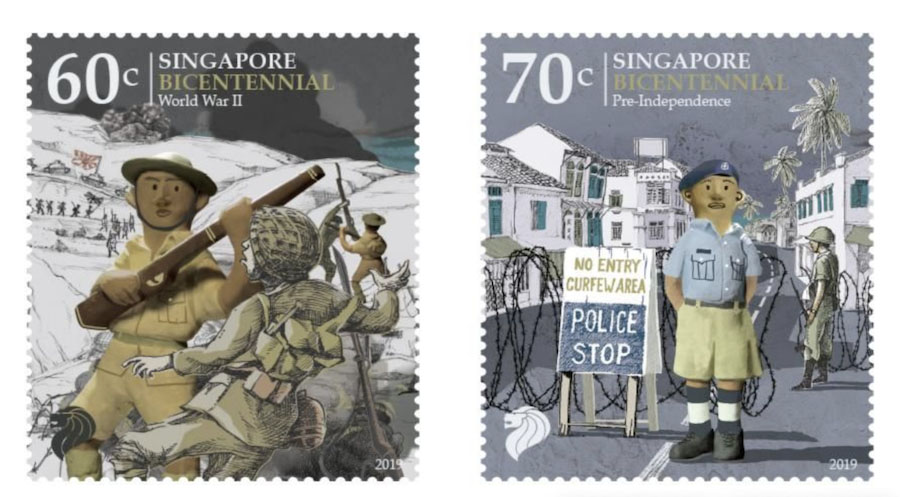 The post-independence era had many locals working for the country’s development which eventually led to its modern day success. We might not be able to predict the future, but we expect Singapore to be a sci-fi wonderland in a few decades.

How to get them

The stamps are sold at the Philatelic Store @ GPO, post offices or SingPost’s online store.

The precancelled first day cover affixed with stamps is priced at $8.25.

Finally, avid stamp enthusiasts can get the collector’s sheet, featuring roadmap sketch of early Singapore, at $16.80.

Locals who want a reminder of the country’s rich history should buy ‘em now. You might not be able to afford the overpriced Bicentennial S$20 at Carousell, but at least you can order these at their original price until stocks last.