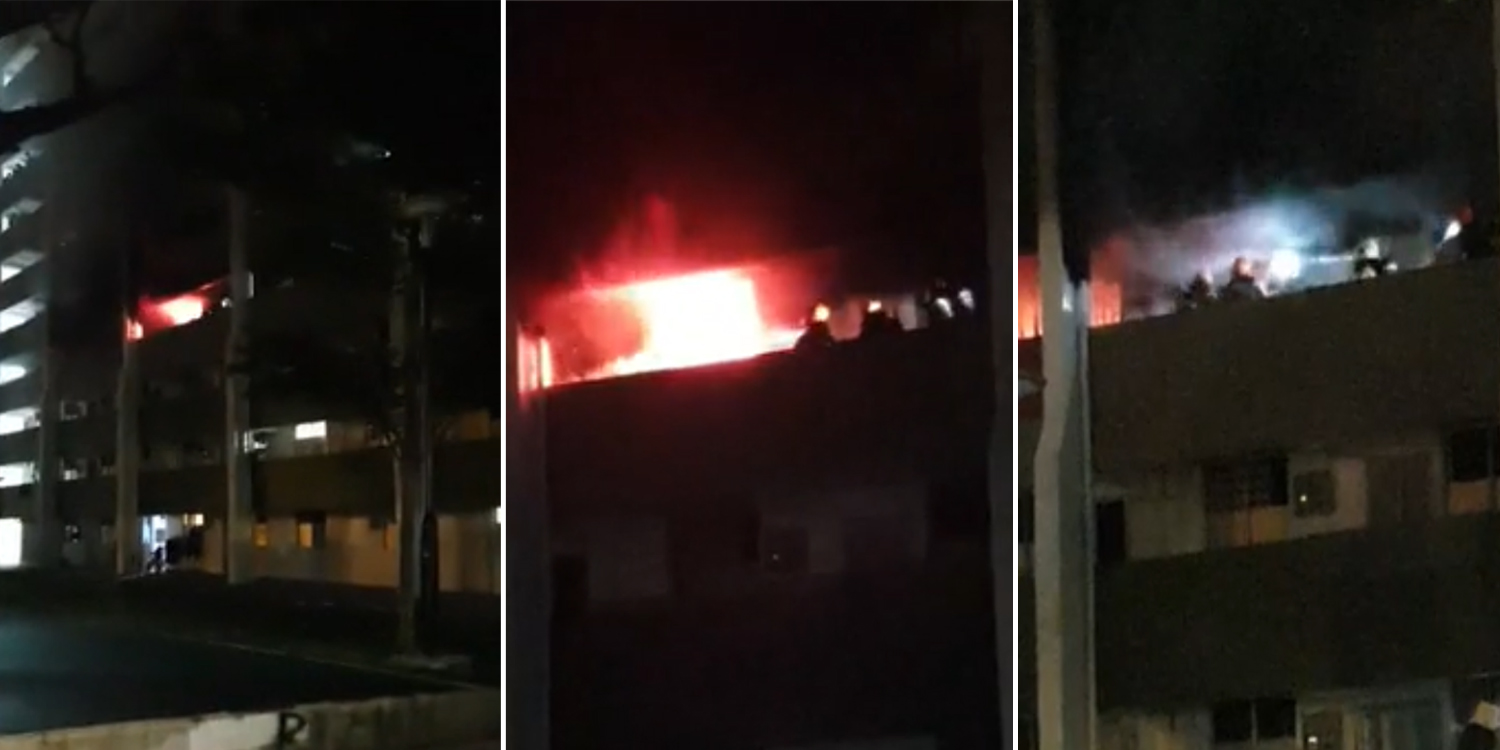 As a result, 6 people were injured. They were rushed to the Ng Teng Fong Hospital (NTFGH) for treatment.

In the meantime, around 100 residents had to move to the nearby Community Centre for safety, according to The Straits Times.

Singapore Civil Defence Force (SCDF) said that the fire “involved contents in the unit and was extinguished by SCDF with one water jet.”

Residents living in nearby blocks quickly recorded scenes of the raging fire. Below is a compilation of several scenes put together found on Sg-share together Facebook page.

SCDF officers were heard calling residents to safety, while some entered the flat to extinguish the flames.

A Facebook user took a live video of the blaze. The severity of the fire can clearly be seen in the first 5 minutes.

A Facebook user took some photos of the scene from a distance. 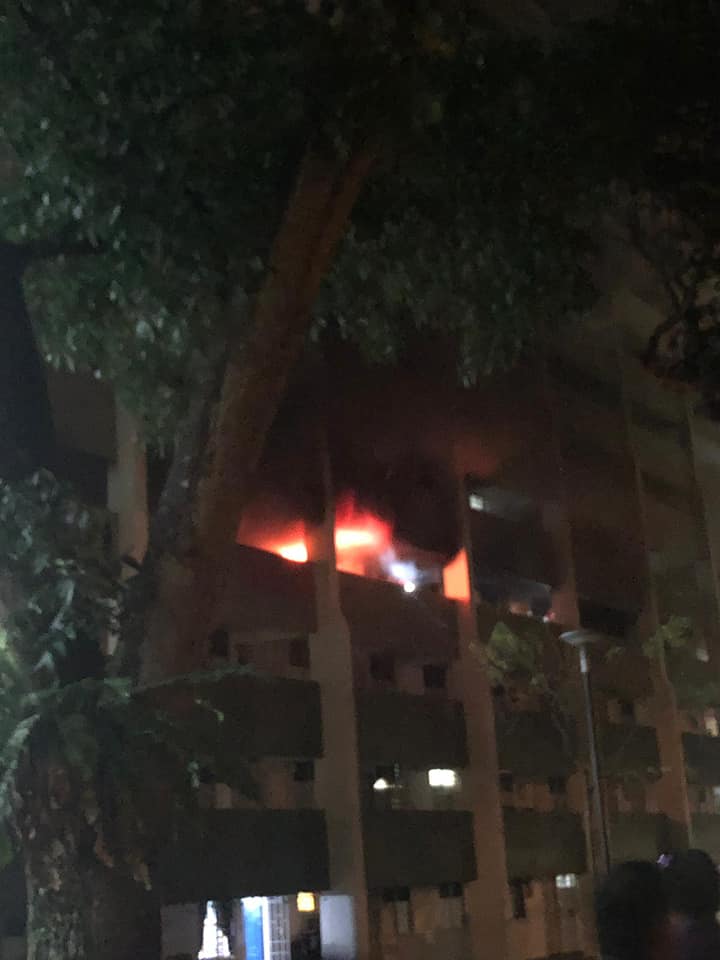 Residents evacuated to nearby Community Centre

CNA reported that people were allowed to return home at around 11.15pm, except for those living in units closer to the fire.

At 12.51am Tuesday (16 Jul), Boon Lay MP Mr Patrick Tay wrote on his Facebook that the smoke from the 4th floor fire affected the rest of the adjacent levels.

The fire has been put out at the time of this posting. Mr Tay mentioned that the situation was under control.

Based on ground observations, no one injured but several were conveyed to NTFGH for smoke inhalation resulting in breathing difficulties.

Mr Tay went on to saying that the nearby Community Centre hall has been stocked with water, essentials, mattresses and blankets for those affected.

Thank you to our brave SCDF firefighters

Once again, we are grateful for our brave firemen who rushed to answer their call of duty. It was only less than 2 weeks ago that they put out the massive fire in Ang Mo Kio.

Those living in HDB rental flats, you’re eligible for a free smoke detector and you’re highly encouraged to register by 2021 if you haven’t.

In the meantime, we wish the injured victims a speedy recovery.