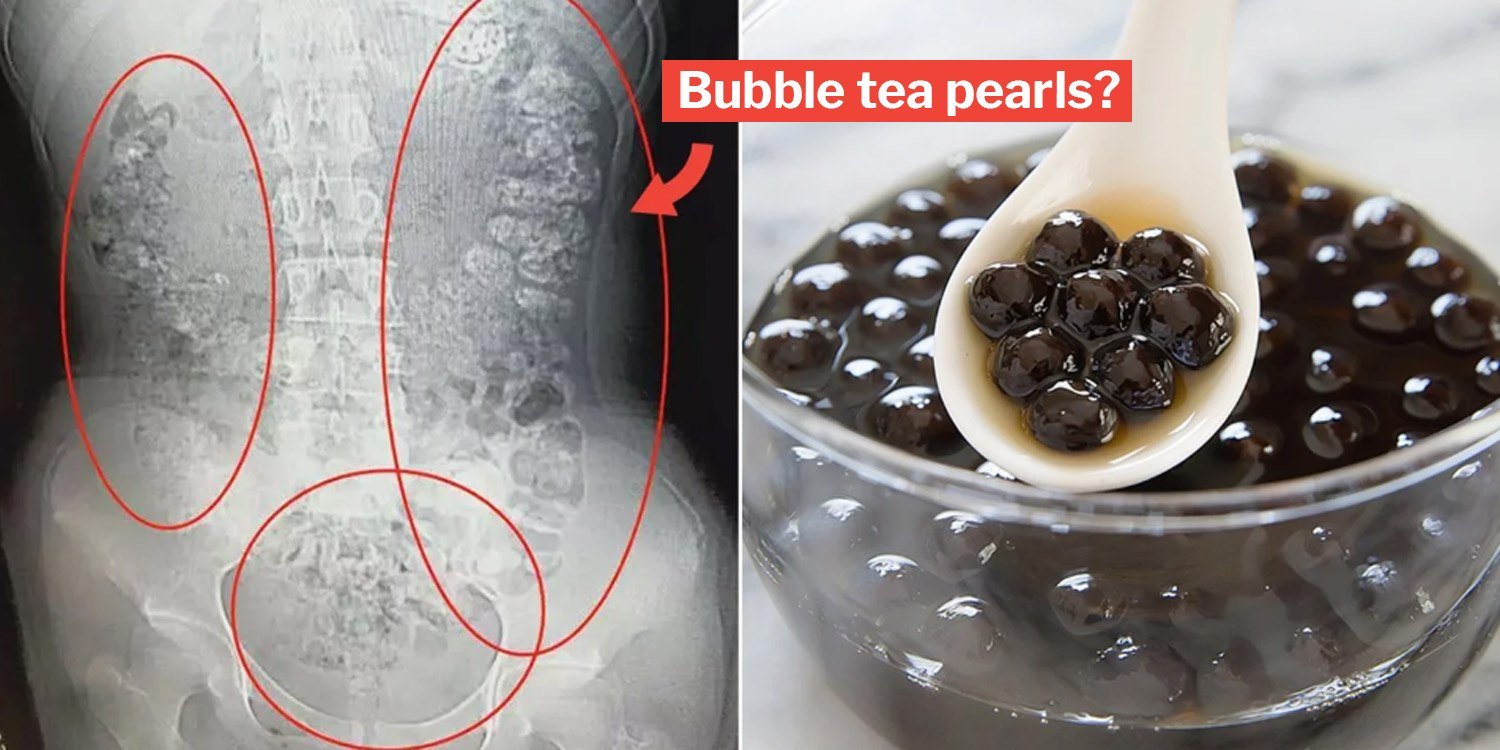 Her Stomach & Intestines Were Allegedly Lined With Hundreds Of Undigested Pearls

There’s no saying how true the story is, but here’s what reportedly happened.

A young girl from China had a nasty stomachache, and when her parents brought her to the doctor, the doctor discovered hundreds of undigested bubble tea pearls stuck in her digestive tract.

On 28 May, a 14-year-old girl from Zhejiang Province in China complained to her parents about a stomachache. The discomfort was reportedly so severe that she had trouble consuming food and defecating.

Worried, they brought her to the emergency department at the local hospital.

When the X-Ray results came out, everyone was shocked. Lining the walls of her stomach and intestines were allegedly hundreds of undigested bubble tea pearls. 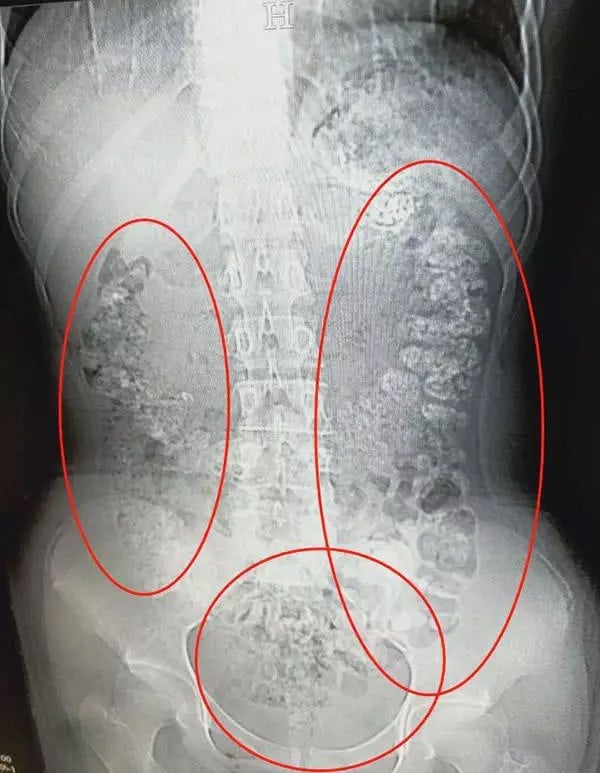 This was the picture provided in the SinChew Daily report. However, netizens were quick to doubt the authenticity of the image.

Here’s a side-by-side comparison with another image from Radiopaedia for an X-Ray of the abdominal area. 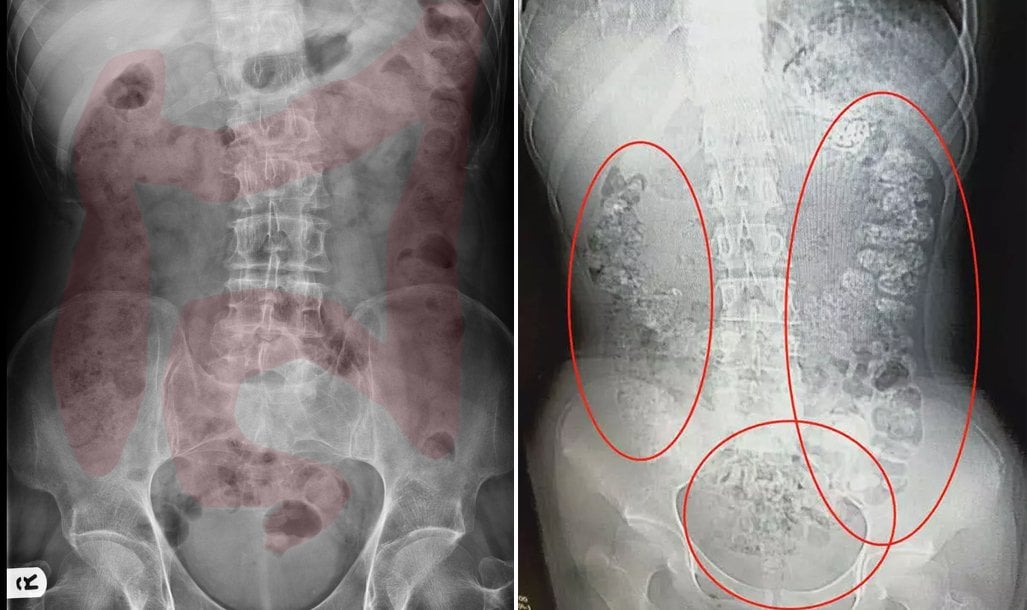 The placement of the “undigested pearls” in the X-Ray scan under the ribcage seems consistent with the location of the upper left portion of the large intestine.

This section can be found directly beneath the rib cages, under the left lung.

However, we can’t verify if the scan belongs to a 14-year-old girl, as claimed. Or if undigested tapioca pearls show up under an X-Ray like this.

Doctor claims excessive bubble tea consumption is the cause

According to the report, doctors questioned the girl on the frequency of her bubble tea consumption, following the “shocking discovery”.

I had bubble tea 5 days ago.

However, doctors hypothesised that the accumulation of pearls in the girl’s digestive system could only have been the result of excessive consumption over a long period of time.

He had a hunch that she lied in order to not let her parents know of her bubble tea habits.

For the pearls that were stuck in her body, the doctor allegedly prescribed laxatives.

Pearls may be hard to digest

According to the doctor in this report, bubble tea pearls are made from tapioca starch and are hard to digest. 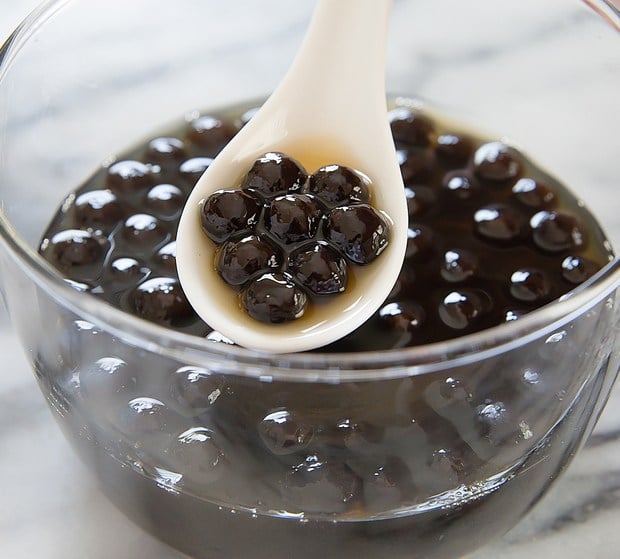 Some merchants even try to increase the ‘chewiness’ of the pearls by adding thickening agents, making them even harder to digest.

So it’s no wonder that consuming large quantities of these pearls can have an adverse impact on one’s digestive system.

We’re not sure if consuming too many pearls can actually result in this scenario, but it’s good to have things in moderation nonetheless.

While some may find this story to be far-fetched, it’s better to be safe and watch your consumption of bubble tea.

Though we may not have hundreds of undigested pearls stuck in our system, the sugar and calories that come with the bubble tea will surely take a toll on our health.

Do you think this story is genuine or if the X-Ray picture has been taken out of context? Do let us know in the comments.