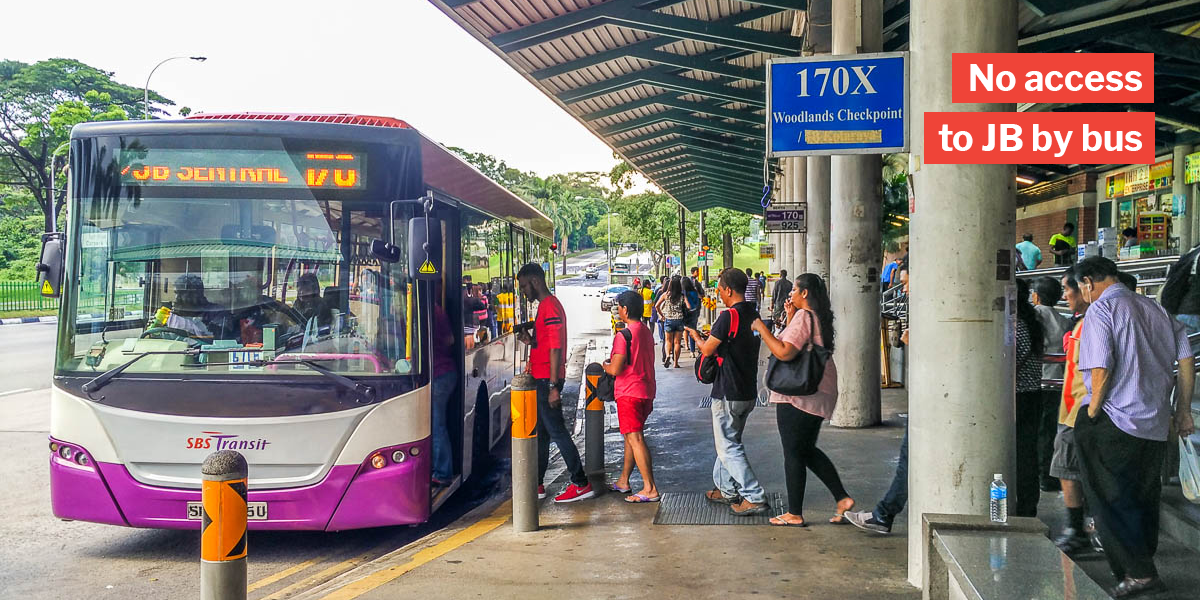 Malaysia’s announcement of a 2-week lockdown created ripple effects in a matter of days, one of which is the suspension of bus services shuttling people to and from Singapore to Johor Bahru (JB).

Some will turn before Malaysia, others suspended all together

SBS said that Bus services 170 and 160 will be operating its Singapore route as per usual. However, Service 170 will make a turn before entering Malaysia at Woodlands Train checkpoint, while Service 160 will do so at the bus stop in front of Marsiling Park.

On the other hand, Bus Service 170X, ferrying passengers between Kranji MRT station and JB will be suspended entirely.

Service 950, operated by SMRT, will also be similarly suspended throughout the lockdown.

Causeway Link, a Malaysian bus operator, has also made the decision to suspend its bus services between the 2 countries. Typically operating from various locations in Singapore such as Boon Lay, Newton and Jurong East, Causeway Link buses work mainly to shuttle people to and from work. 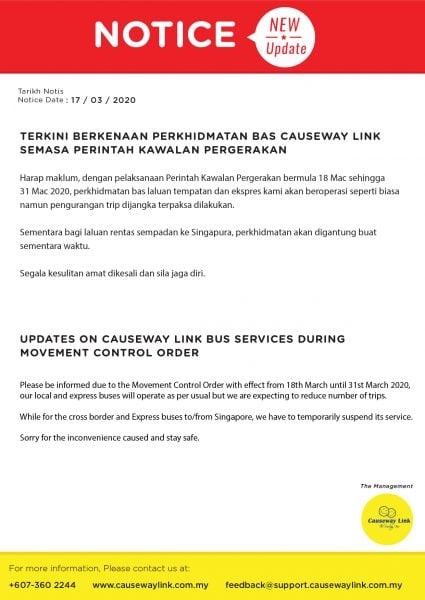 Such a significant decision by the Malaysian government has certainly stirred up an array of emotions among many.

This is especially evident with the working population that commutes between the 2 countries for their jobs. Many of such individuals have been left scrambling to make last minute arrangements.

Despite the apparent confusion, the strict measures are perhaps necessary in managing the Covid-19 situation which doesn’t seem to be easing anytime soon.

Let’s take it in our stride and hope that the outbreak will die down as a result of the restrictions, so our lives can return to normal sooner rather than later.