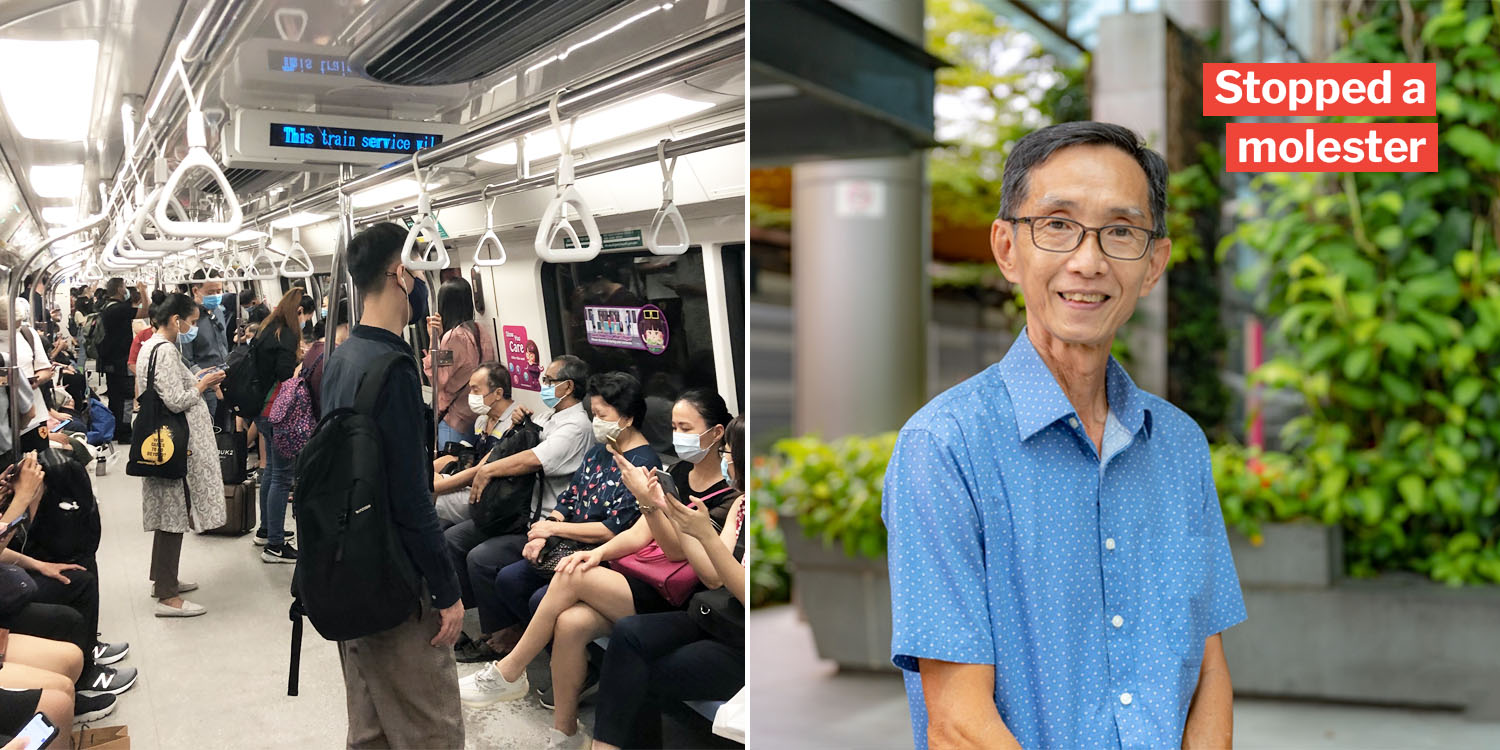 One of them helped stop a molester from escaping.

On an MRT or bus full of strangers, many of us would often avert our gazes or stare at our phones, not paying much heed to our surroundings.

But when help is needed, it’s comforting to know that there are those who are alert and quick to act. 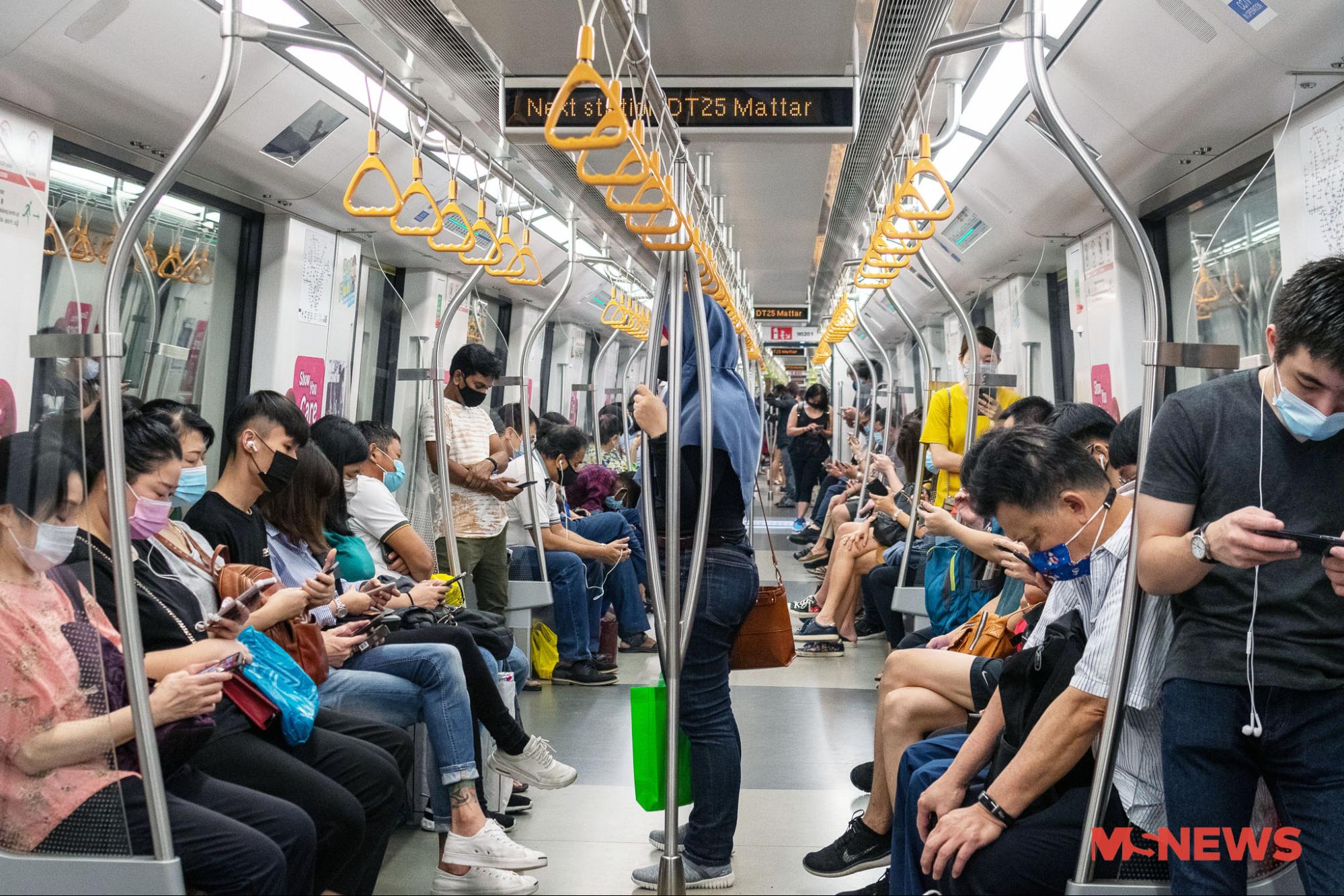 Five commuters have given us insights into how they’ve made a difference in the lives of others, and what prompted them to step up when nobody else did.

They’ve each received the Caring Commuter Commendation Award in recognition of their heroic deeds.

It was around 11pm when restaurant service manager Lebrace Neo, 30, and student Augustin Ho, 23, witnessed an intoxicated man standing on a ledge at Clarke Quay MRT station.

The situation escalated when he threatened to jump.

“I was on the way home when it happened, and I was quite taken aback. But I realised how serious the situation was and quickly stepped in to help,” said Mr Neo.

Mr Neo and Mr Ho tried their best to persuade the man not to end his life, and with the help of two station personnel, they thankfully managed to pull the man back to safety.

The intoxicated man was eventually escorted away by the police. Both Mr Neo and Mr Ho were given the Commendation Award for their heroic deeds. 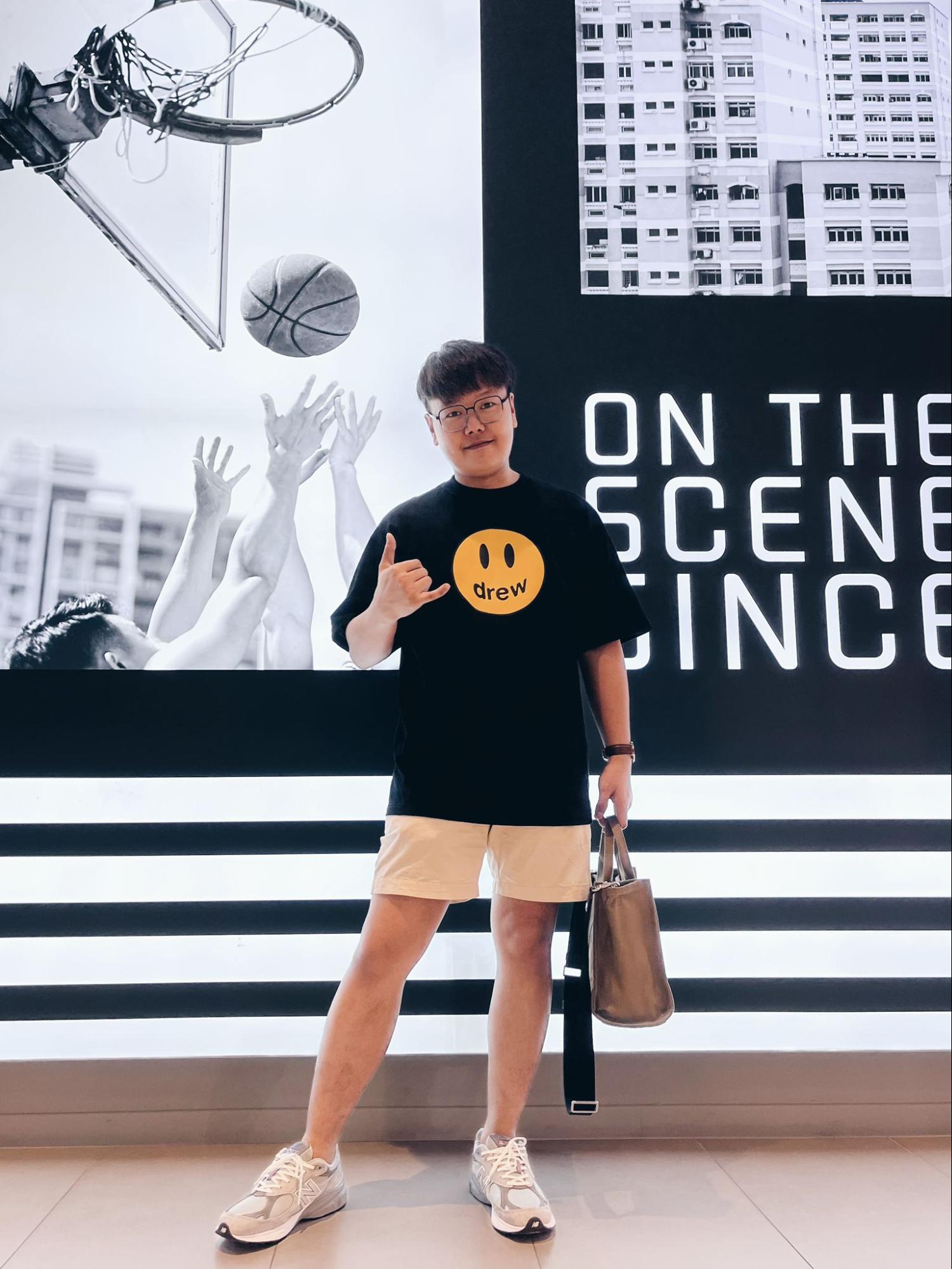 “I don’t think that it’s something that I would get an award for. I just did something anyone else would do,” Mr Neo said humbly.

Stopping a molester near Woodlands MRT

Mr Kan Pak Leong’s day started just like any other. After having breakfast on 15 Apr, the 62-year-old executive admin staff boarded the train at Woodlands MRT station to head to work. 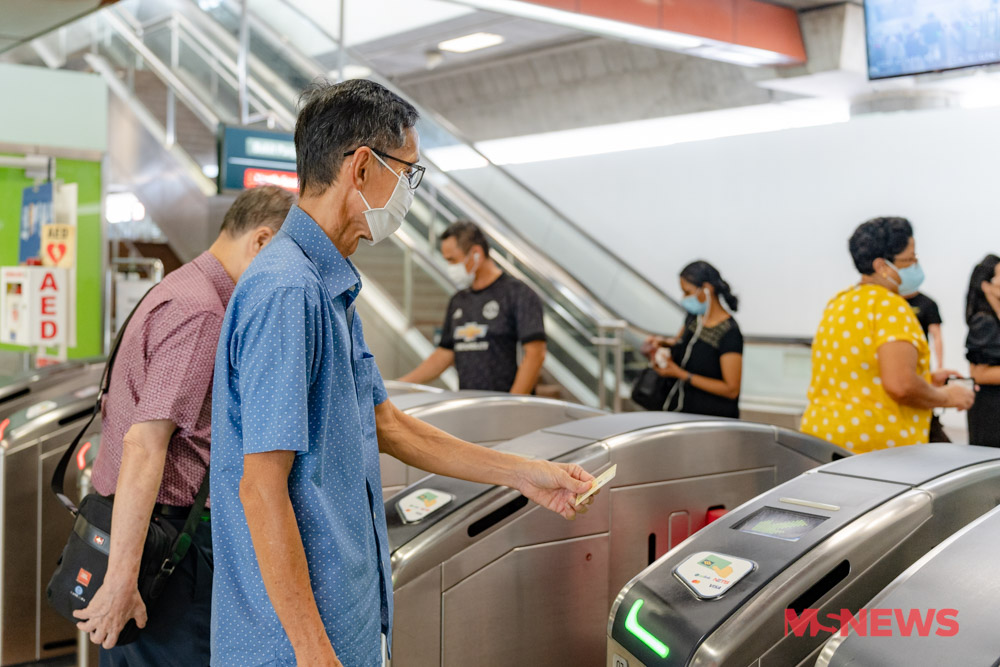 Mr Kan tapping into the gantry at the MRT station

As soon as he stepped foot into the cabin, somebody whooshed past him.

Immediately sensing that something was wrong, he checked with another passenger and learnt that the person who ran past him had allegedly molested a female victim in her 20s.

“Somebody triggered the emergency button, and the station manager rushed over. We ran after the man and tried to stop him.

“Thankfully, we did,” he said.

Five months later, in September, Mr Kan was told he had received the Commendation Award. “I’m quite proud of it. I hope if anything happens on public transport, others can step up and make the first move. 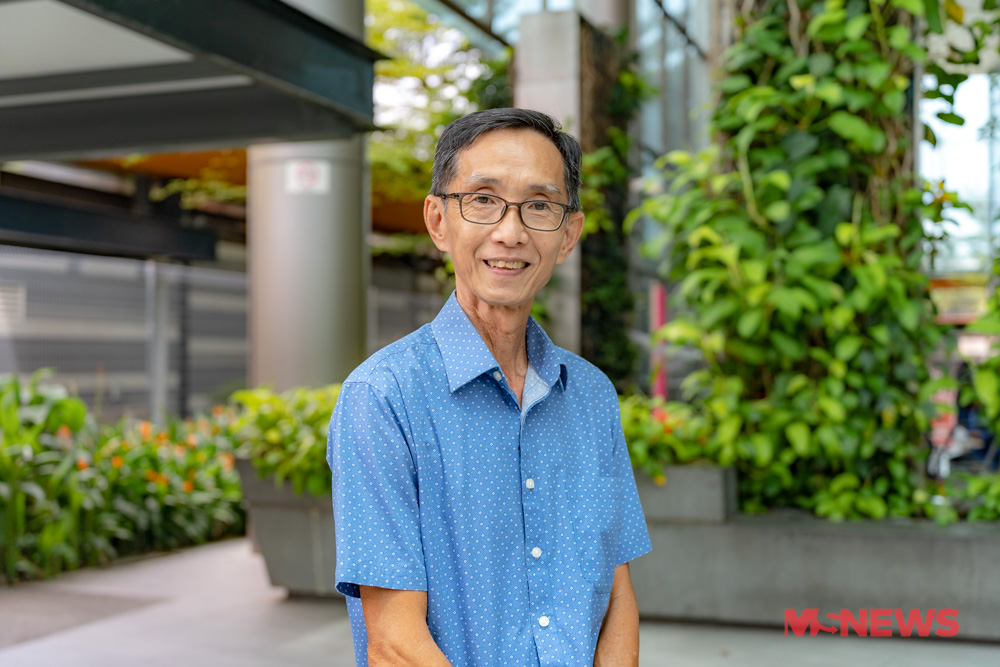 “All passengers deserve a safe journey,” he said, adding that it was his first time encountering such an incident. “Hopefully, it will be the last.”

Helping an elderly man get home from Sengkang Interchange

On her way home from Sengkang Interchange on 25 May, 19-year-old student Phoebe Lim saw someone attending to an elderly man, so she decided to check on him.

After striking up a conversation with the elderly man, she discovered that he had left home for a walk without breakfast. Hence, he was feeling weak.

Ms Lim quickly went to get some coffee and bread for the man and stayed with him to make sure he got home safely. “I felt it was dangerous to let him travel home alone even though he said he would be fine.”

Even though Ms Lim wanted to book a cab, the elderly man declined, so she respected his wish. As she was racking her brains on what to do next, somehow, she thought of her secondary school teacher who lived nearby.

“I asked if she could give us a ride to his (the elderly man’s) house, and she agreed. I’m grateful that she came to the rescue,” she said.

However, that wasn’t the last time she saw the elderly man, as she made the effort to drop by a few days later just to see if he was doing alright.

Upon receiving the Commendation Award, Ms Lim opined that the other passer-by and her teacher should be given credit too. 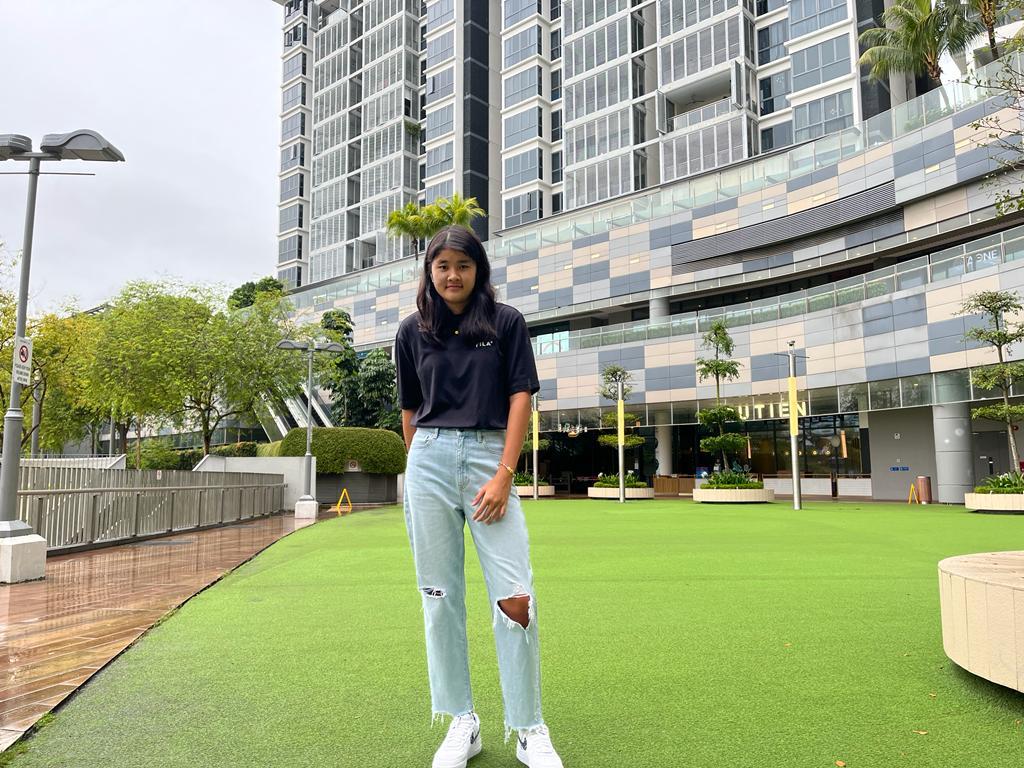 “I wouldn’t have noticed the elderly man if it wasn’t for the passer-by. And I would’ve had a difficult time trying to help the elderly man get home from the bus stop without my teacher’s help.”

Reuniting a lost kid with her family at Kovan MRT

As a kid, it can be pretty frightening to wander in public alone, not knowing where to go. Ang Bee Ping, 42, spotted one such girl on the way home on 24 Feb. 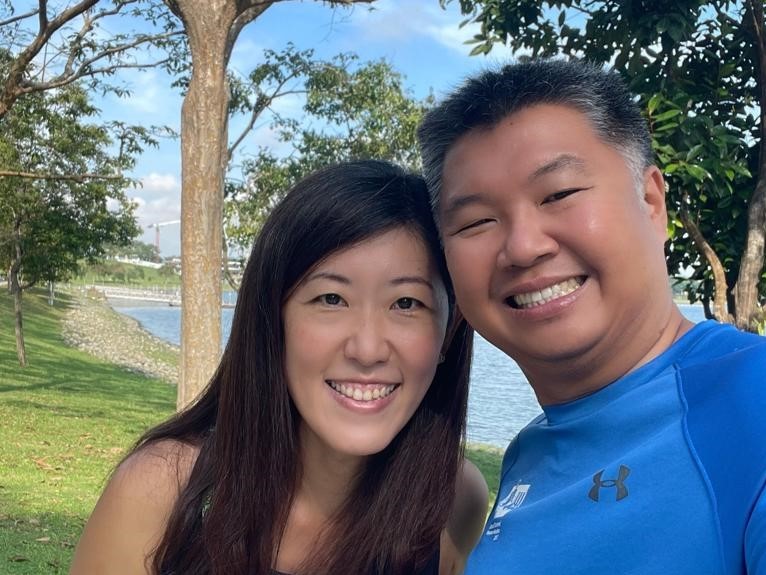 The schoolgirl was all by herself at Kovan MRT, looking scared and lost. After speaking to the girl, Ms Ang found out that she had been separated from her helper.

She quickly brought the girl to the Passenger Service Centre. Seeing how afraid the girl was, Ms Ang stayed by the student’s side while waiting for staff to contact her mother.

In the meantime, she also looked for other ways to reach out to the girl’s family. That was when she saw the name of the girl’s school sewn on her socks, which prompted her to contact the school too.

Thankfully, the attempts proved fruitful as the girl eventually reunited with her helper and brother at the MRT station.

Faith in humanity restored, be a caring commuter

These days, countless negative reports about people committing unpleasant actions towards each other can put a damper on our moods.

Sometimes, all we need are a few rays of sunshine amid the darkness, which are exactly what tales of inspiring individuals are.

So take a break from the doom-scrolling and read these stories. They’ll surely give you hope again and restore your faith in humanity.

If you’re curious about the award they received, you can check it out here.

This post was brought to you in collaboration with the Caring SG Commuters.