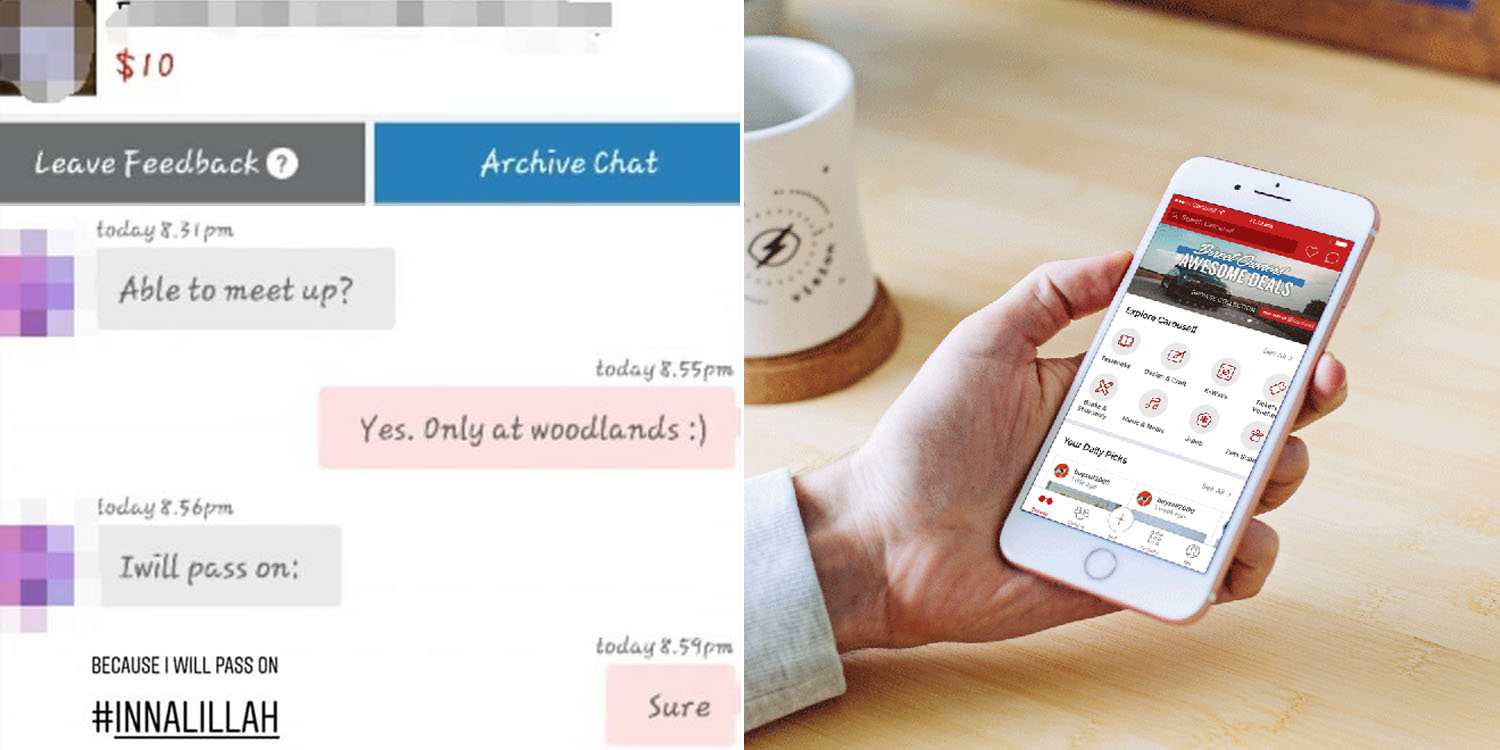 We’ve all turned to Carousell at least once before when in desperate need of an item at bargain prices.

While we hope for a quick fix, the process isn’t always much of a bargain – especially when we encounter impossible sellers or buyers online.

From making last minute cancellations to quoting unreasonable prices, a Singaporean has compiled the most frustrating yet amusing Carousell chats.

Weird excuses to pass on offers

Rejection is never easy, and not everyone can give or receive it well.

This particular buyer who inquired about an item changed his or her mind after finding out the meet-up location. Instead of simply cancelling the transaction, the buyer decided to “pass on”, as though death was an option.

We’re dying of laughter, but let’s pass – we mean – move on.

People who say Singaporeans aren’t romantic probably haven’t received a gift from a special someone before.

This loving Singaporean boyfriend knew that romance is the keyword, which was possibly how he found “Romantic Real Preserved Red Rose” on Carousell.

Willing to pay $24 for the rose, he contacted the seller in the morning and arranged for collection at 3pm later that day.

All was well until the seller asked for contact details and got no reply, up to 2 hours before the meeting. In a cruel twist of fate, the buyer sent a heartbreaking message – he had already broken up with his girlfriend.

Even the most romantic red rose couldn’t preserve that relationship.

Of course, you’ll find the typical cheapskate on a consumer marketplace like Carousell. We’re all guilty of being that.

But some can be really unreasonable when it comes to negotiating prices, giving some of the funniest reasons.

A buyer offered $5 for a $25 bag, simply because that was all the money she had.

When you’re broke but still want to buy something really badly? Yup, we can relate.

But maybe be a little more considerate next time. Some sellers are genuinely trying to earn an honest living via this platform.

For more hilarious snapshots, check out the album by Dia Benzy on Facebook, which has gotten over 3,300 shares as of time of writing.

As hilarious as some of these exchanges may be, there’s no doubt that they have left many buyers and sellers frustrated.

The whole point of an online marketplace is to facilitate transactions between people, not make them harder.

So let’s be kinder towards each other. Be respectful and keep all exchanges simple and straightforward, to provide a fuss-free experience for everyone.