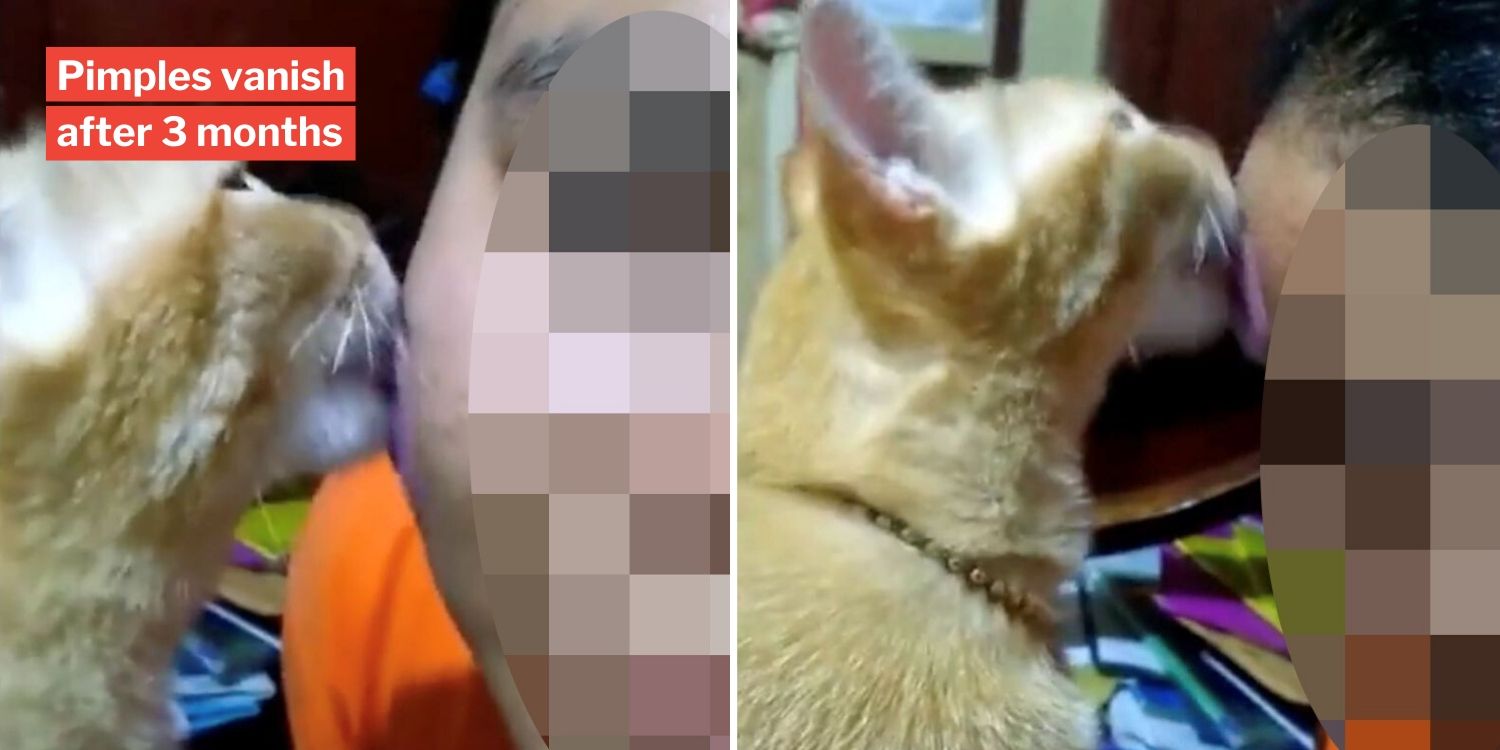 The unlucky ones among us have probably gone through that tumultuous pubescent period of body odour and pimple outbreaks.

We’ve seen our savings dwindle from visits to the doctor and multiple skincare products that never seem to work.

A girl by the name of Dinda from Indonesia, however, may have found the most unlikely cure – her cat’s saliva.

According to newsflare, Dinda had been letting her cat lick her face for three months prior to uploading the video on YouTube on 15 Nov.

The original video can no longer be found online, but you can watch the one that Daily Mail uploaded on YouTube here:

The routine apparently started when her cat Nia sat on a pile of textbooks while Dinda was studying and started licking her face all over.

Since then, Dinda has allowed Nia to lick her face daily, to astounding results. 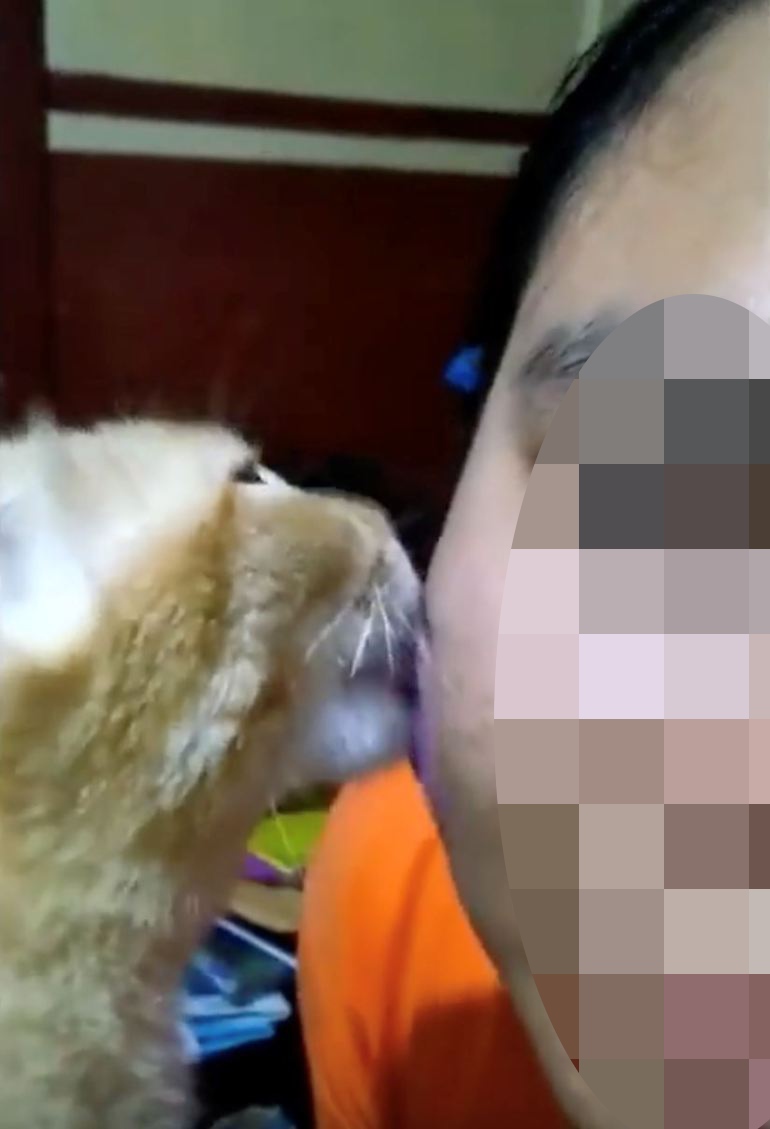 Dinda claims that not only have the licks cured her acne, but they’ve also made her skin a lot smoother than before.

Her sister Debi commented that Nia refuses to lick anyone else’s face, only Dinda’s.

While the miracle cat cure seems to be working for Dinda, we can’t confirm if it will have the same effect on everyone else.

Cat and dog saliva contain bacteria that may carry potential health risks if they penetrate the skin, or worse, enter your bloodstream through an open wound. 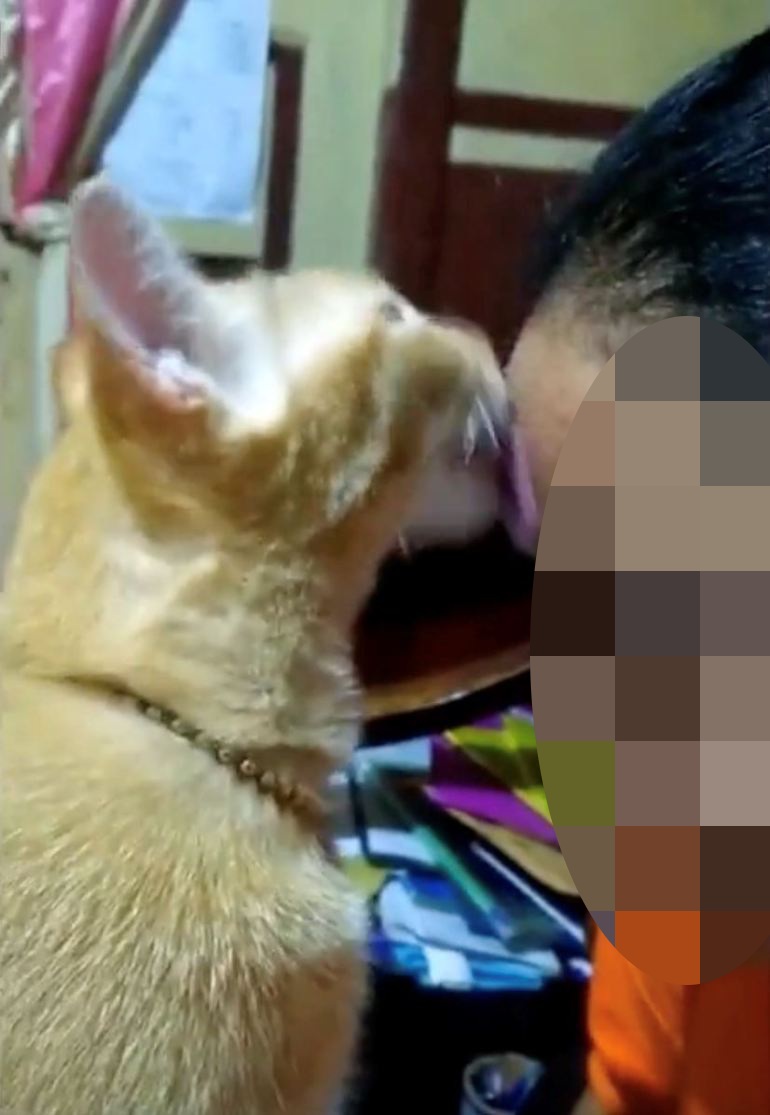 Unusual skincare methods and risk of infections aside, you can still let your cat or dog lick your face. Just try not to use that as a replacement for regular facial wash.

We’d advise you to stick to the traditional way to be safe.