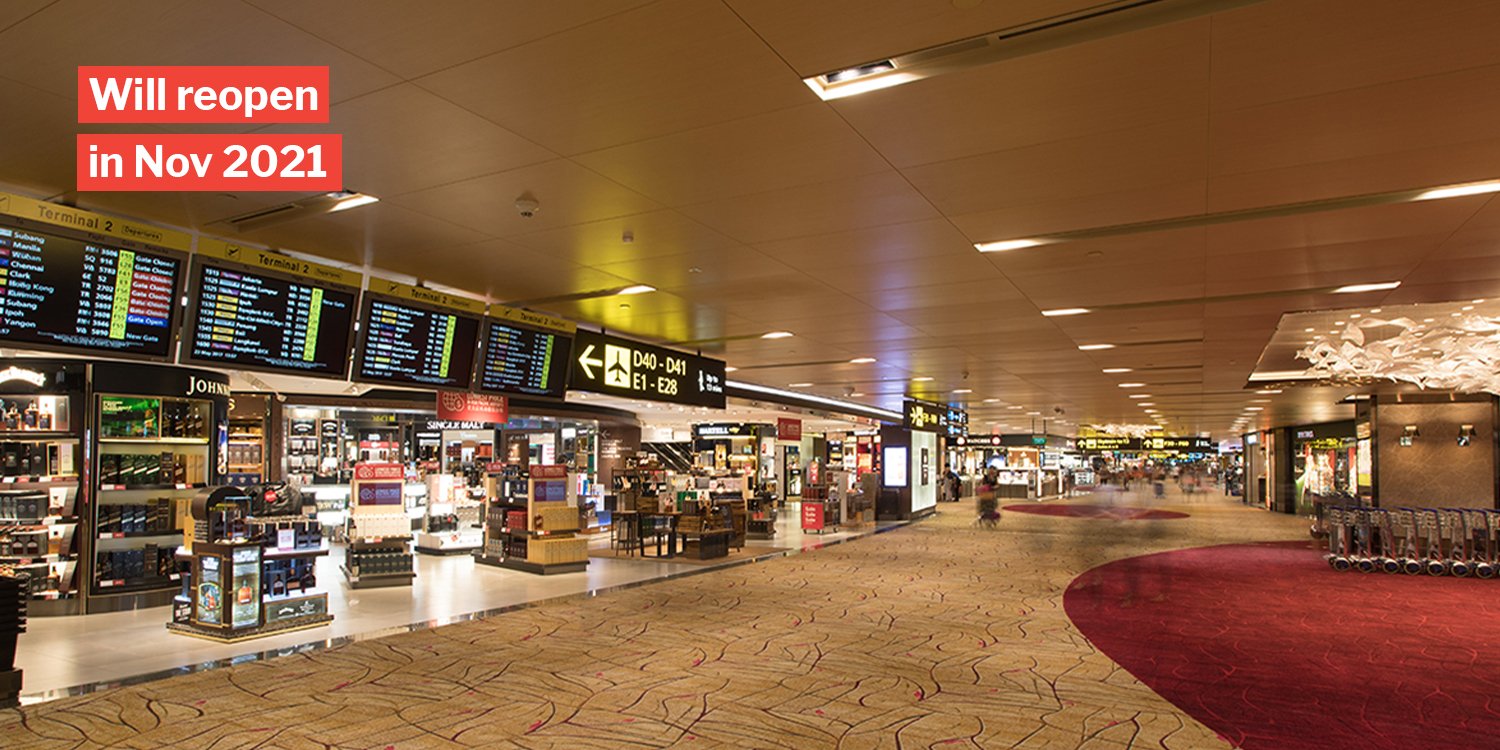 Changi Airport Group (CAG) announced today (6 Apr) that Changi Airport Terminal 2 (T2) will close from 1 May to Nov 2021 to save on operating costs. At the same time, the upgrading works which were already underway will continue.

Per Airport World, the Starbucks there was already set to shut down this month following McDonald’s closure in Jan.

Closure will save money & speed up upgrading works

Explaining the decision, CAG said 1 terminal is sufficient to handle the current amount of passengers.

The closure will save operating costs for T2, and those measures which retailers have had to take to survive there will no longer be necessary.

For instance, CAG announced that they’ll assist retailers by waiving their rent for 2 months from 24 Mar.

18 months is not a short period of time though, and air traffic may not increase later this year.

On the upside, the upgrading works on T2, which were initially going to be completed in 2024, can be reduced by up to a year, CAG noted — a silver lining in very depressing news.

Affected airlines will be moved to other terminals — the arrangements will be announced at a later date by Changi Airport.

We never thought the day would come when Changi Airport would have to shut down one of its terminals for non-upgrading reasons, but we’re not in a dream.

This is reality, and the only way to ensure we get back to one is by fighting Covid-19 together, and make sure we bounce back once it’s over.

At the same time, we’re glad to see that upgrading works will in fact be able to complete more speedily, meaning we can see a revamped T2 by 2023 instead.

Stay strong, Changi Airport! Singaporeans and travellers the world over are awaiting your return to glory.