Thai Mother Accuses Teacher In Childcare For Abusing Her Son

Cases of children being abused at childcare centres are not frequently heard of here in Singapore.

However, this year alone, there have already been 2 unresolved cases. In this most recent case, a Thai mother took to Facebook to share her story after the childcare failed to act on the alleged abuse case.

According to a Facebook post, a Thai mother, Ms Sae, claims that her 3-year-old son has been physically abused by a teacher at a childcare centre in Singapore since 3 June. 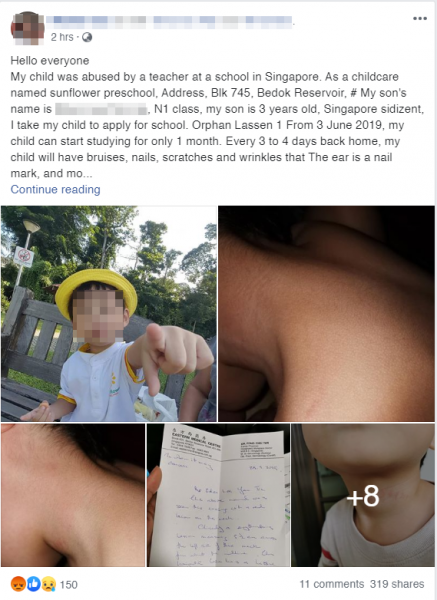 In the photos that were shared, marks can be seen on her son’s neck, arms, and the rest of his body.

In her post, Ms Sae says that her son was allegedly strangled by his teacher from class N1 at Sunflower Preschool, located at Bedok Reservoir. She also added that her son was now afraid of going to school. 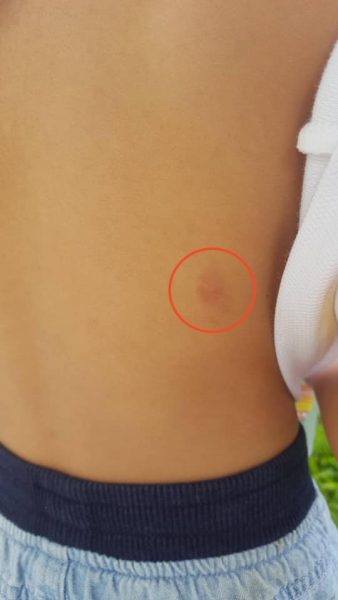 She says that since her son started schooling on 3 June, he would often come home with bruises, nail marks, and scratches all over his body. Most recently, he came home with a large bruise on his neck. 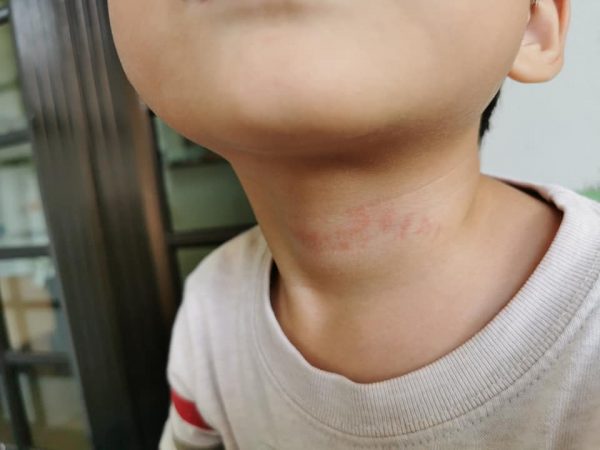 According to Ms Sae, the mark on his neck did not go away even after a week.

Asked the principle for CCTV footage

When she went down to the childcare to investigate, her son’s teacher says that the marks were due to allergies. However, Ms Sae did not believe that because the doctor said that the mark on his neck was due to pressure from a rope. That led her to suspect that the teacher had strangled her child. 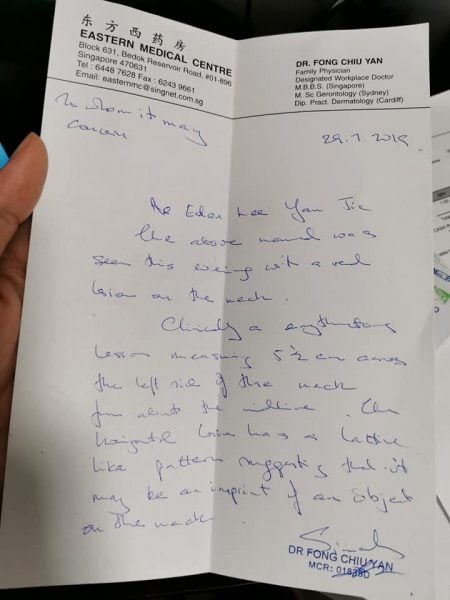 The agitated mother then contacted the principal to let her see the CCTV footage in the childcare. But after 3 days, there was still no reply.

The upset mother explained in her post that she asked the police to investigate the matter, but the principal apparently told the police the CCTV was either broken or not working on those particular days.

She then complained to MOE.

According to the post, it has been 4 months since she reported the incident but there have been no updates from either the school or the relevant authorities.

Lost and without recourse, Ms Sae posted the story on Facebook in a bid to draw attention to the matter.

Nevertheless, Ms Sae’s account is only one side of the story. While you may be sympathetic to her cause, we should wait for the authorities to conduct a proper investigation before passing any judgment.

We’ve reached out to Sunflower Preschool for comments.

In the meantime, we hope her son is well and that perhaps she has found another preschool for him.