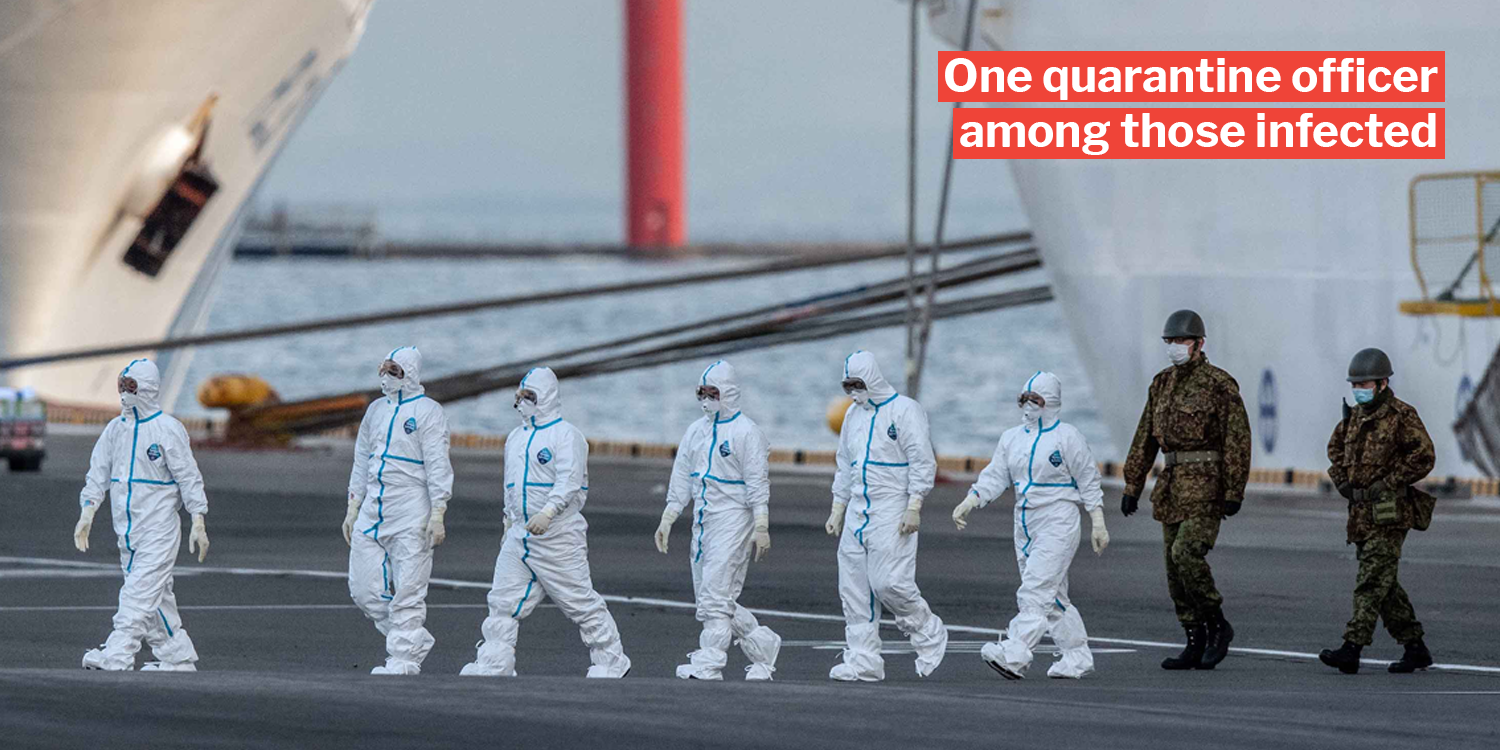 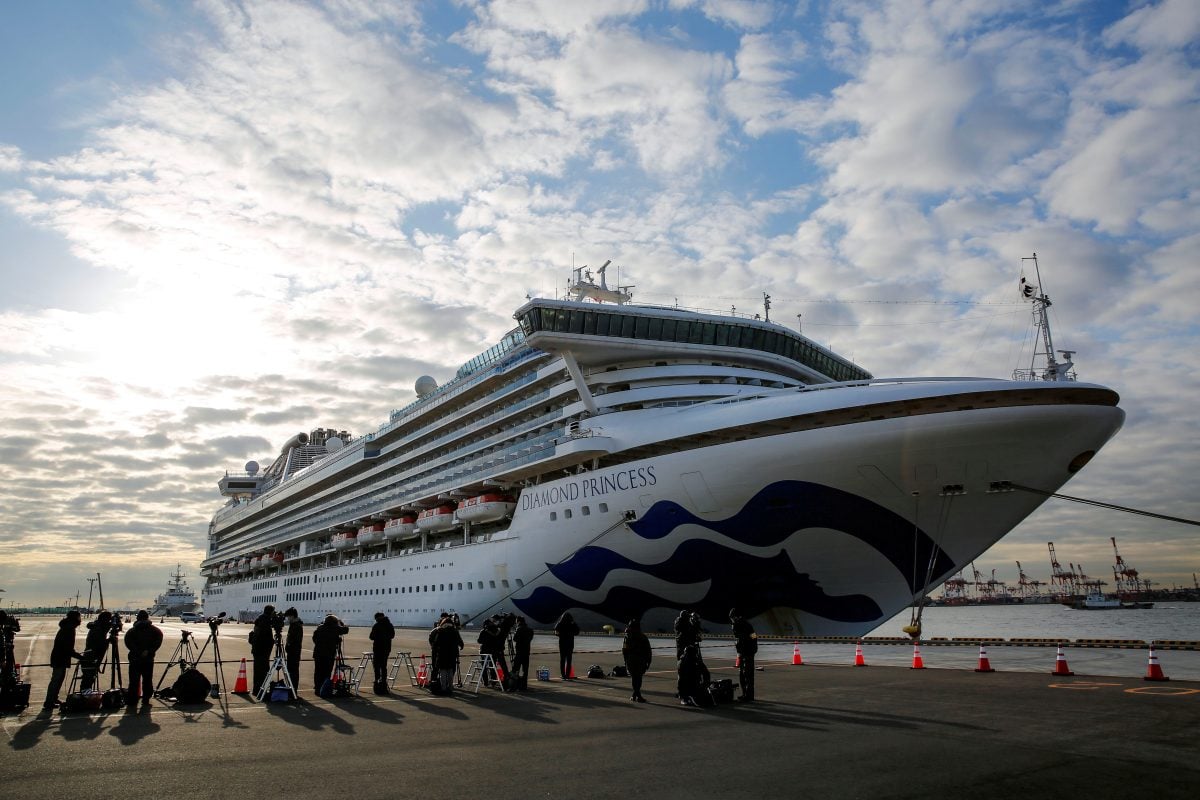 This now places the total number of infected aboard at 175, out of a total of 492 tested.

When the ship arrived in Yokohama on Tuesday (4 Feb), it had 3,711 passengers and crew.

Gradually that number has whittled down as more patients are identified and removed for treatment.

Japanese health minister Katsunobu Kato has also confirmed that 4 patients from the ship are in critical condition, and require mechanical respiration. 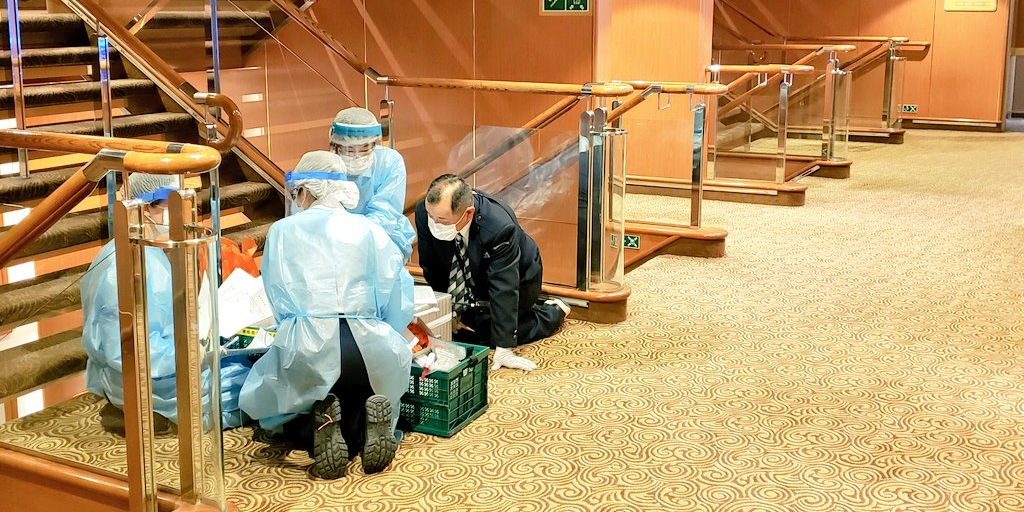 Although only 300 passengers were initially tested when the ship first arrived, the spread of symptoms aboard has forced authorities to begin widening their scope.

Japan has now begun testing those displaying new symptoms and those who have come into close contact with confirmed cases.

Kato previously stated that his ministry had begun seriously considering a blanket testing regimen for the entire ship.

There is no word yet on whether the original quarantine period – slated to last till 19 Feb – will be extended.

A nightmare at sea

It would seem that things are only getting worse with this latest report. 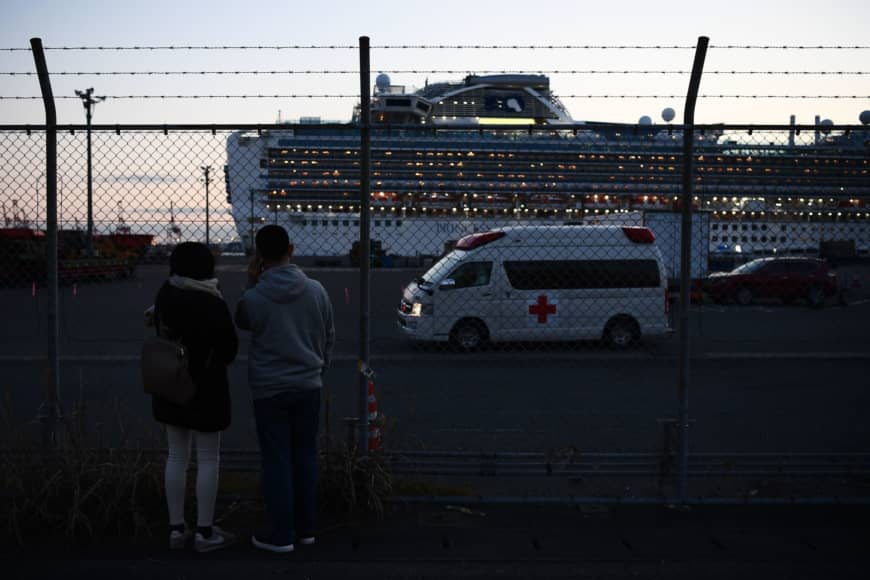 As the ship languishes off Yokohama, anxious family members peer through the outer fences of the cordon, trying to catch a glimpse.

No one can say for certain what news tomorrow might bring.

Aboard the Diamond Princess, one can only imagine how difficult it must be to stay positive.

You sit out on the balcony and you hear people coughing all the way along. 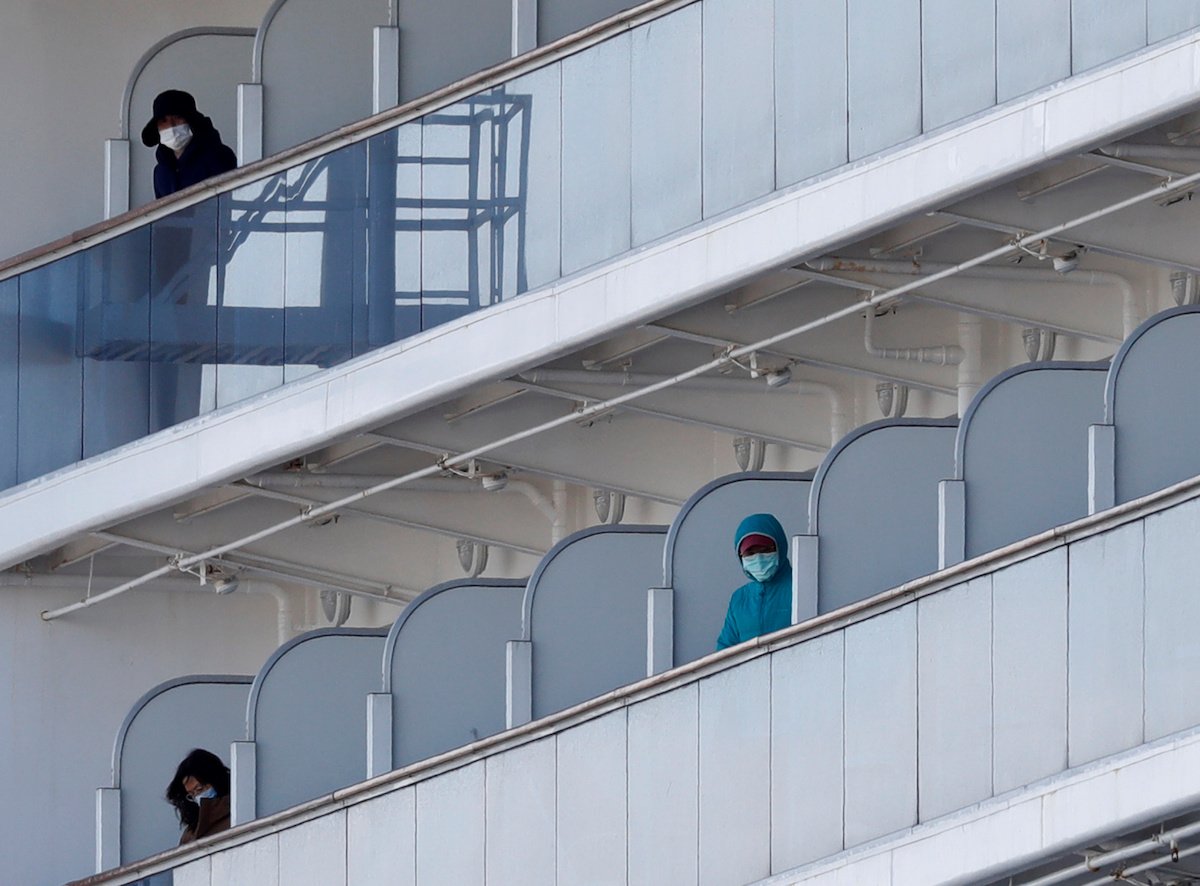 Nonetheless, there have been a few bright spots throughout this ordeal.

Passengers have noted the the ship’s captain has been a stalwart upon which many have come to rely on.

Material conditions aboard also seem to have improved, with meals looking much less spartan.

Although it’s a grim time for all aboard, the crew and passengers have banded together to try and get through the crisis safely.

One passenger, Yardley Wong, posted on Twitter a photo of an encouraging note given to her son by crew members.

An important reminder to all of us that when the chips are down, the best thing we can do is come together and help one another.

In other news, the operator behind the Diamond Princess, Princess Cruises, announced on 9 Feb that it will give a full refund to all passengers affected.

Guests will also not be charged for incidentals incurred during the additional time aboard, and will receive future cruise credit.

Although we suspect not too many people will be keen to take them up on their offer, it’s a nice gesture nonetheless.