Must Share News – Independent News For Singaporeans
Home Viral Crocodile Said To Be Having A Nice Swim In Sengkang Canal, But... 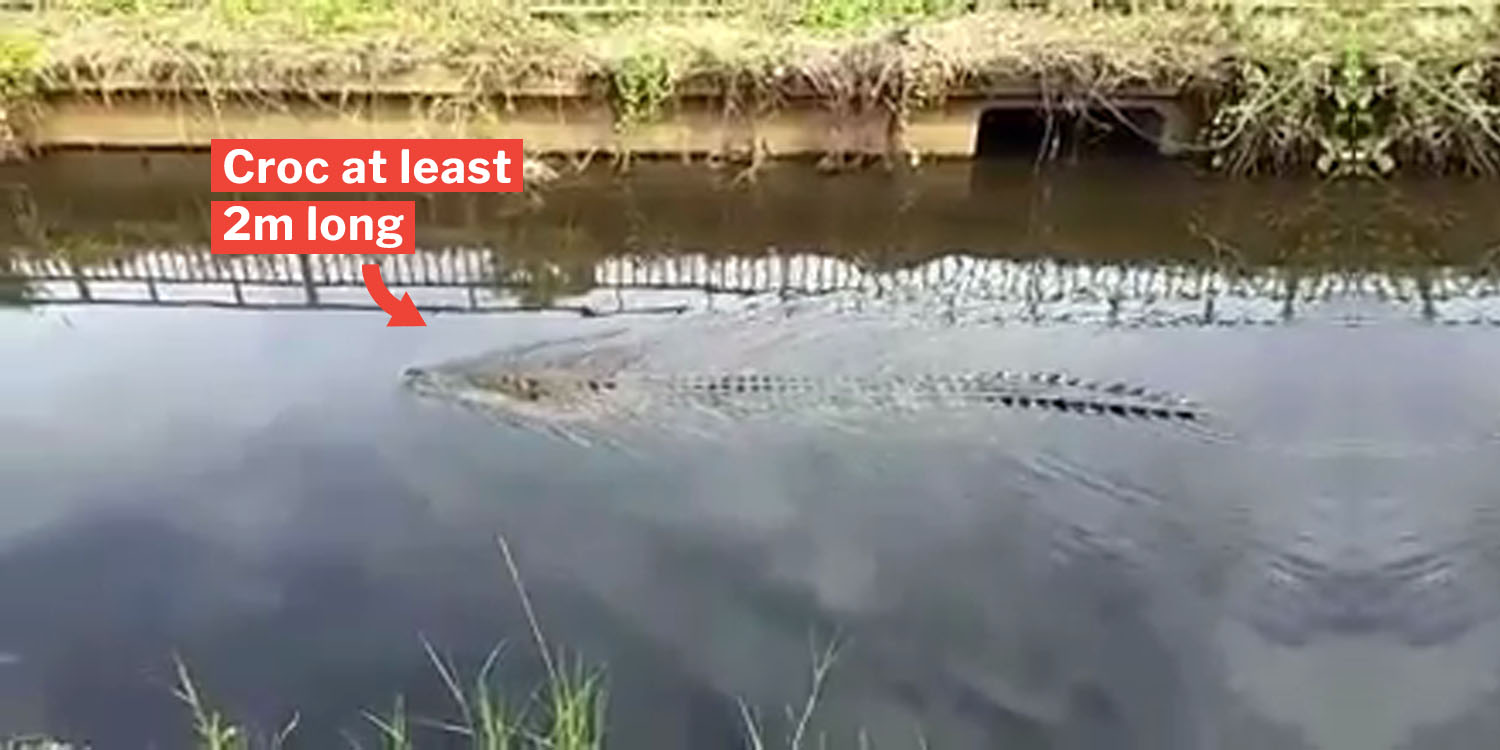 UPDATE (15 Nov, 11.59am): 8World News previously updated that the location was believed to be in Sabah, Malaysia. However, wildlife rangers in the Malaysian state have denied this too, according to The Star Online.

While Singapore is known as a ‘Garden City’, many also say that we are a concrete jungle.

However, some Sengkang residents have allegedly spotted a huge crocodile swimming leisurely in a longkang, proving Singapore is wilder than we expect.

They saw the crocodile on Wednesday (13 Nov) morning, at an area of Sengkang that’s close to Punggol, reported 8World News.

The exact location, however, remains unconfirmed at the time of writing.

In the video, the huge crocodile can be seen swimming slowly in the canal.

Perhaps the exercise is part of its morning routine?

The huge crocodile was said to be at least 2 metres long.

This crocodile may be an Estuarine Crocodile, which can grow to be longer than 5m, so it might just be young croc for now.

The lady who recorded the video claims that the canal is located near a residential area. Thus, she hopes those who are in the vicinity will be more careful and alert.

Be careful, if it climbs up, you won’t be alive anymore!

Hope everyone can stay safe

While it is intriguing to see such a huge crocodile in real life, please keep a distance if you actually see it.

When contacted by MS News, ACRES shared they’re attempting to find the crocodile’s habitat. They also advised members of the public to leave the croc alone and not provoke it.