Another Large Python In Jurong West Attacks A Stray Cat, Gets Caught By Brave Youths 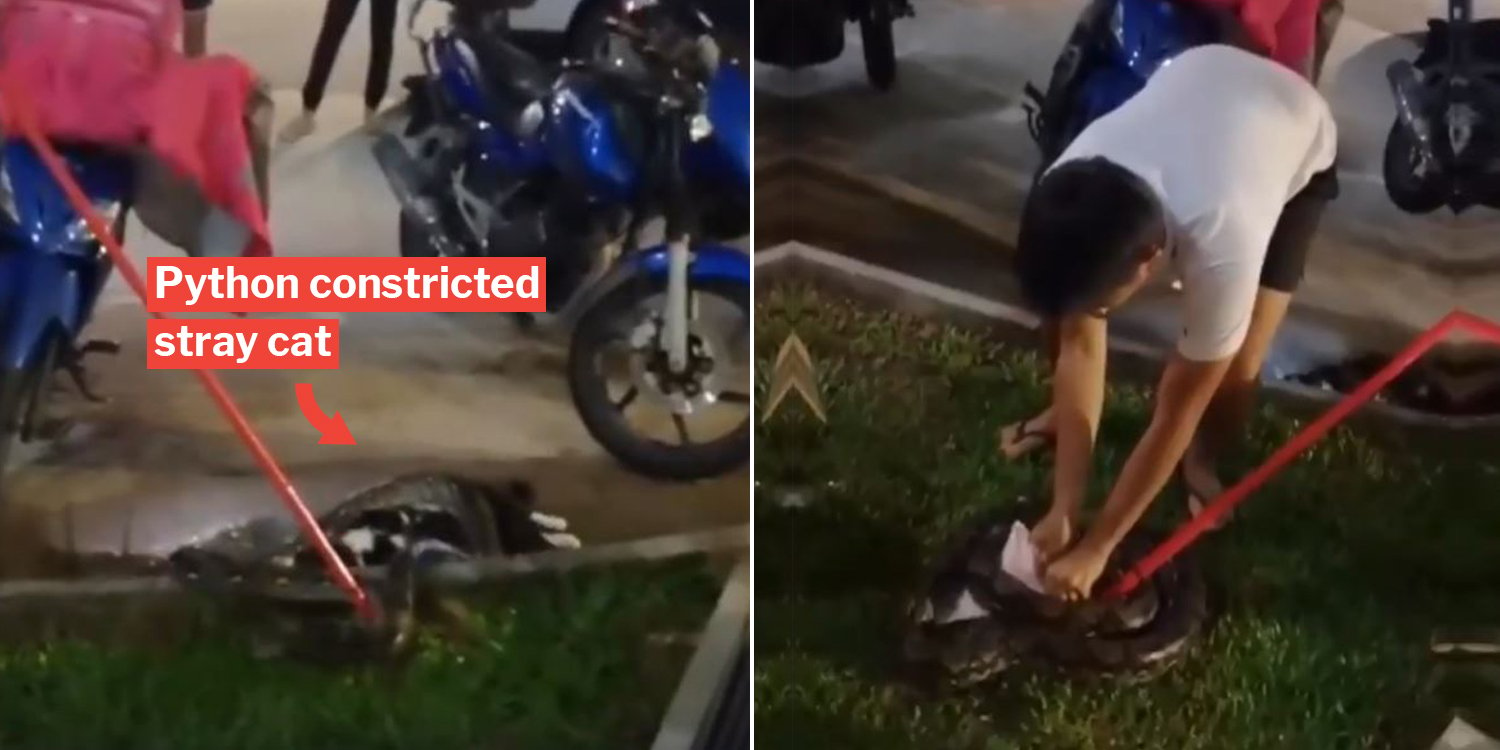 Kudos to the brave young man!

Just last Monday (21 Oct), a giant python was spotted in the drain at Jurong West Blk 854, supposedly ingesting a cat.

5 days later, on 27 Oct, a video was uploaded onto Facebook by The Alchemists Design, revealing another python constricting a community cat at Jurong West — just one block from where the previous snake was caught.

According to a netizen’s comment, this incident happened on Saturday night (26 Oct) at Block 824 Jurong West St 81.

Here’s what we saw in the video.

At the start of the video, a python was seemingly constricting a black and white community cat, possibly intending to ingest it afterwards. 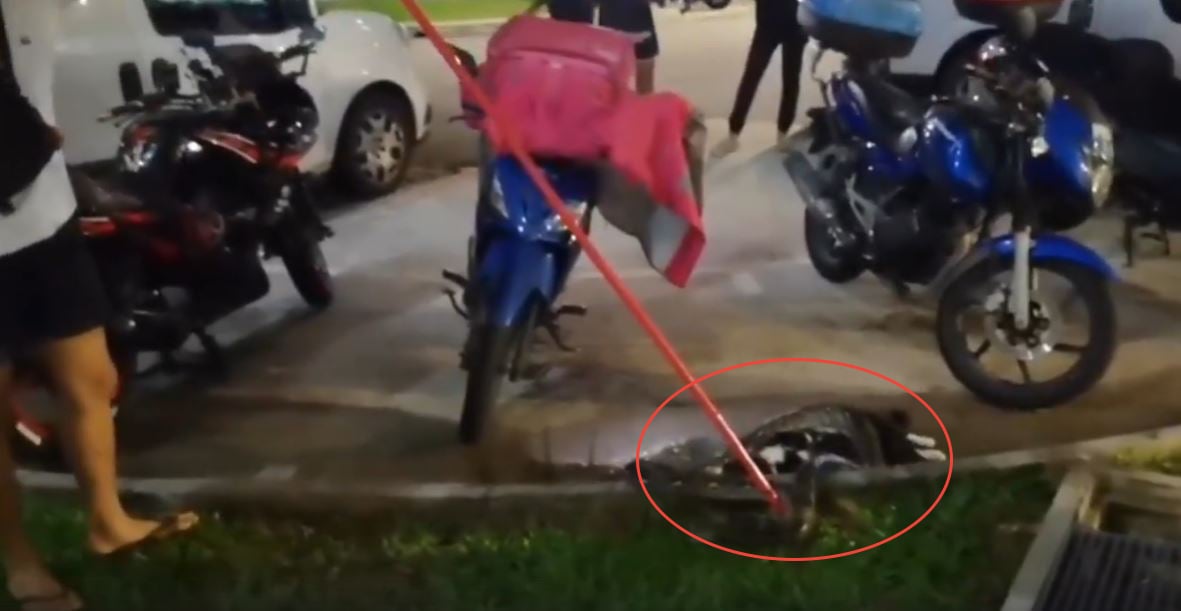 From the looks of it, the cat was already strangled to death by the time the video was taken as its body lies motionless on the ground.

A few passers-by then stepped forward to try and get the snake off the cat.

Among the crowd, a brave young man in white T-shirt, came forward and used a long bamboo pole to prod at the snake.

The python immediately released its hold of the cat and started thrashing at the pole.

The young man applied pressure through the pole on the snake’s head. Once he was sure that the snake could not lift its head and bite him, he approached it carefully from the side. He also threw a towel on the snake, which started to constrict the towel, perhaps considering it hostile. 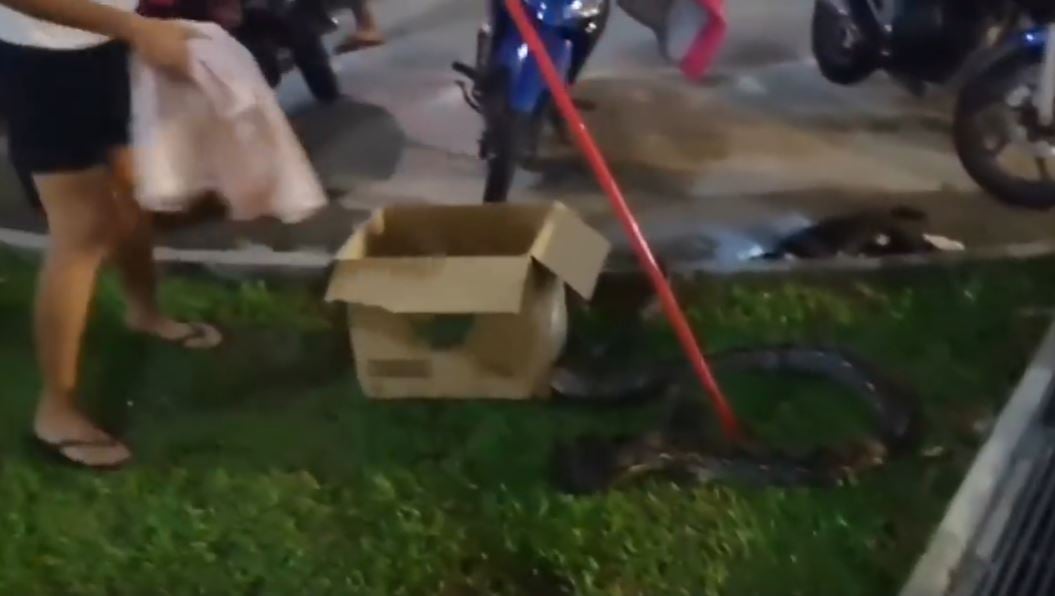 Once the snake coiled tightly around the towel, the youngster lifted it up and placed it in a cardboard box.

According to The Alchemists Design, the python was subsequently handed over to bird and wildlife specialist, Mastermark.

Residents of Jurong to beware of similar encounters

Given that this is the second python incident in Jurong within just 1 week, residents should look after themselves and their pets in case there are more of such snakes in the area.

If you do spot one, do not approach or try to contain it on your own. Snakes can be quite dangerous and you may get injured. Here’s some information on what to do when you spot a snake.