Be careful when you are walking around.

Pythons are not commonly sighted in Singapore, unless they decide to make an unexpected grand appearance on certain days.

For one Singaporean lady, she was among several others who managed to spot the massive reptile in the estates of Jurong West recently. 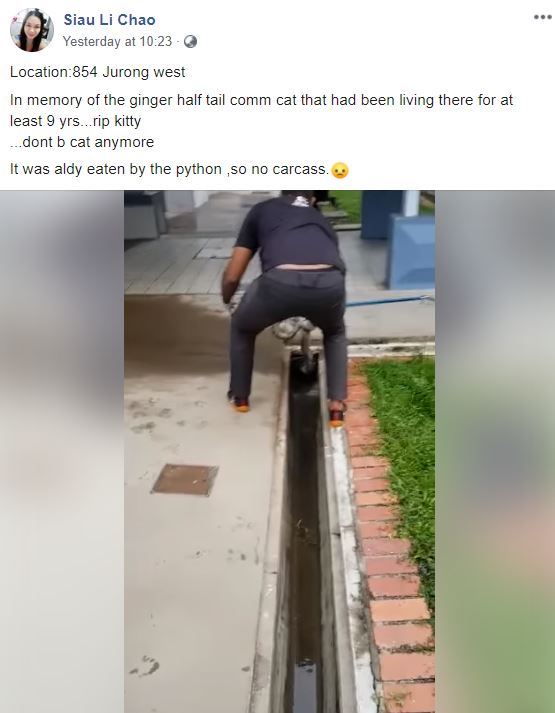 In her Facebook video uploaded on Monday (21 Oct), residents of Block 854 Jurong West Street 81 were given a rude shock when they found the python in the drain.

The giant python was successfully captured by ACRES personnel – as depicted in the video – but not before it reportedly ingested a community cat.

In the Facebook video, 2 ACRES personnel and a town council staff can be seen working together to capture the humongous python from a drain. 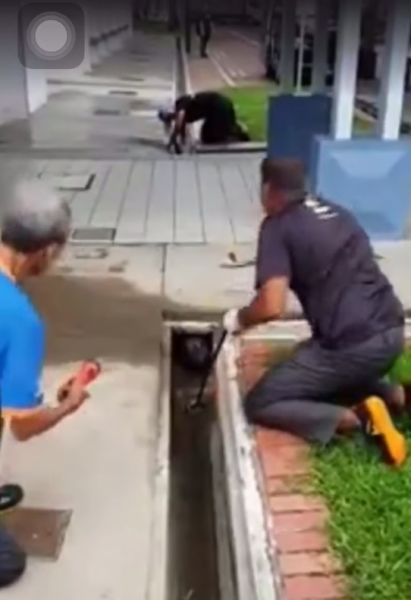 The video then shows the python being pulled by one of the ACRES personnel and emerging from one side of the drain. 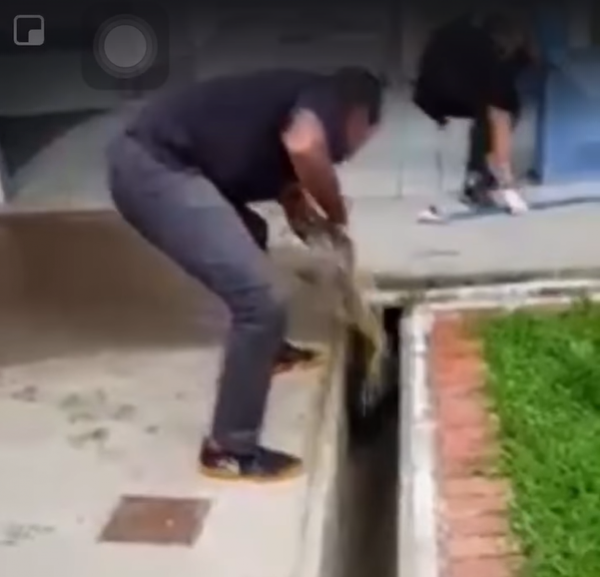 ACRES personnel tried to get the python out of the drain but the reptile’s struggles made the task difficult for them. 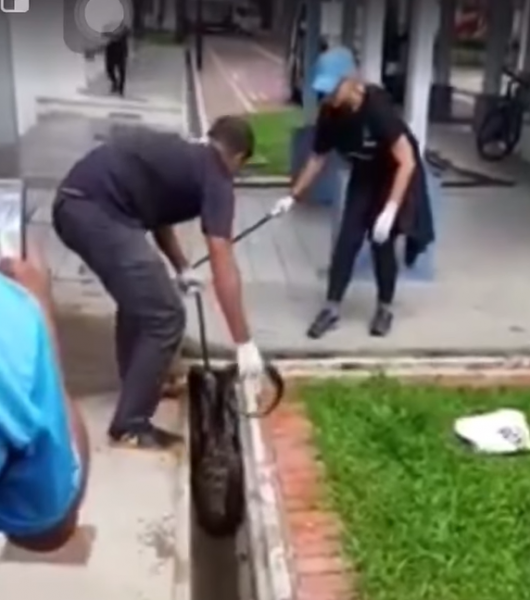 Python successfully captured in less than a minute

After trying for a while, the python presumably stopped fighting back and the ACRES personnel could finally pull it out of the drain. They then brought the python to the nearby grass patch to contain it properly. 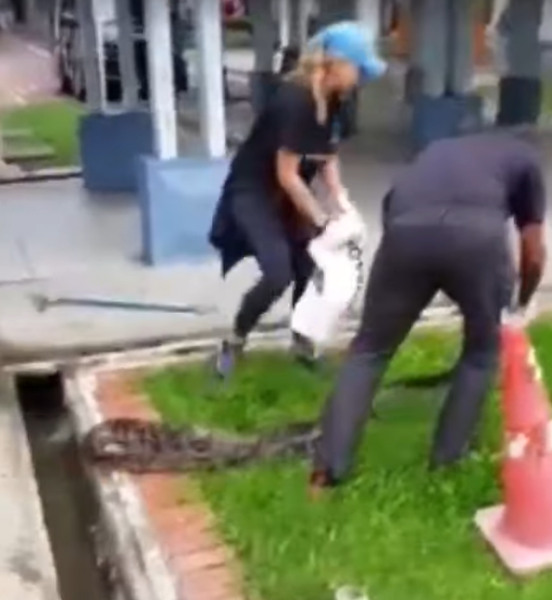 Upon seizing the snake’s slithery body, ACRES personnel then lifted the snake off the ground and took it away. 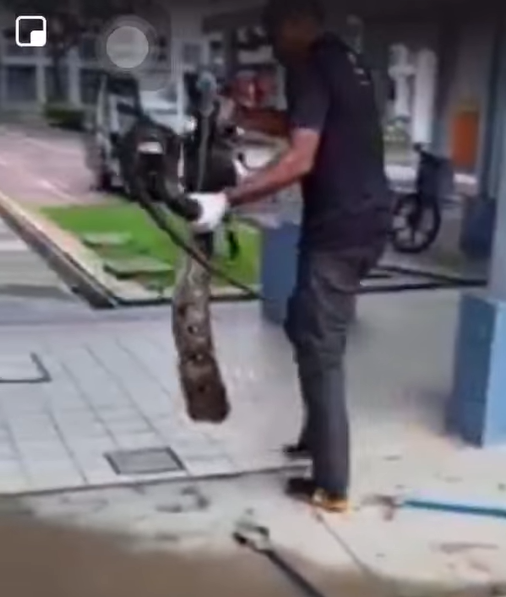 We have reached out to ACRES for more information regarding the incident.

According to the lady’s accompanying caption, she posted the video in memory of a ginger community cat that had lived there for 9 years. 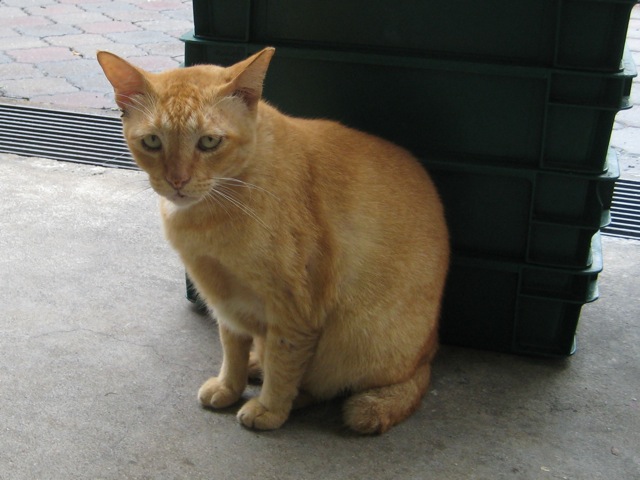 How a ginger cat looks like. For illustration purposes only
Source

She mentioned that the cat was already ingested by the python, hence not even the cat’s carcass was found.

Rest in peace, little one.

Be careful of snakes

Pythons are dangerous snakes, and Singaporeans are advised to keep a safe distance from them if they see one. Also, do avoid provoking them for your own safety.

If you see any wildlife in distress or is deemed dangerous to the public, you can call Acres’ 24-hour hotline at 9783 7782.

Featured image adapted from Facebook & Unsplash. Photo on the right is for illustration purposes only.