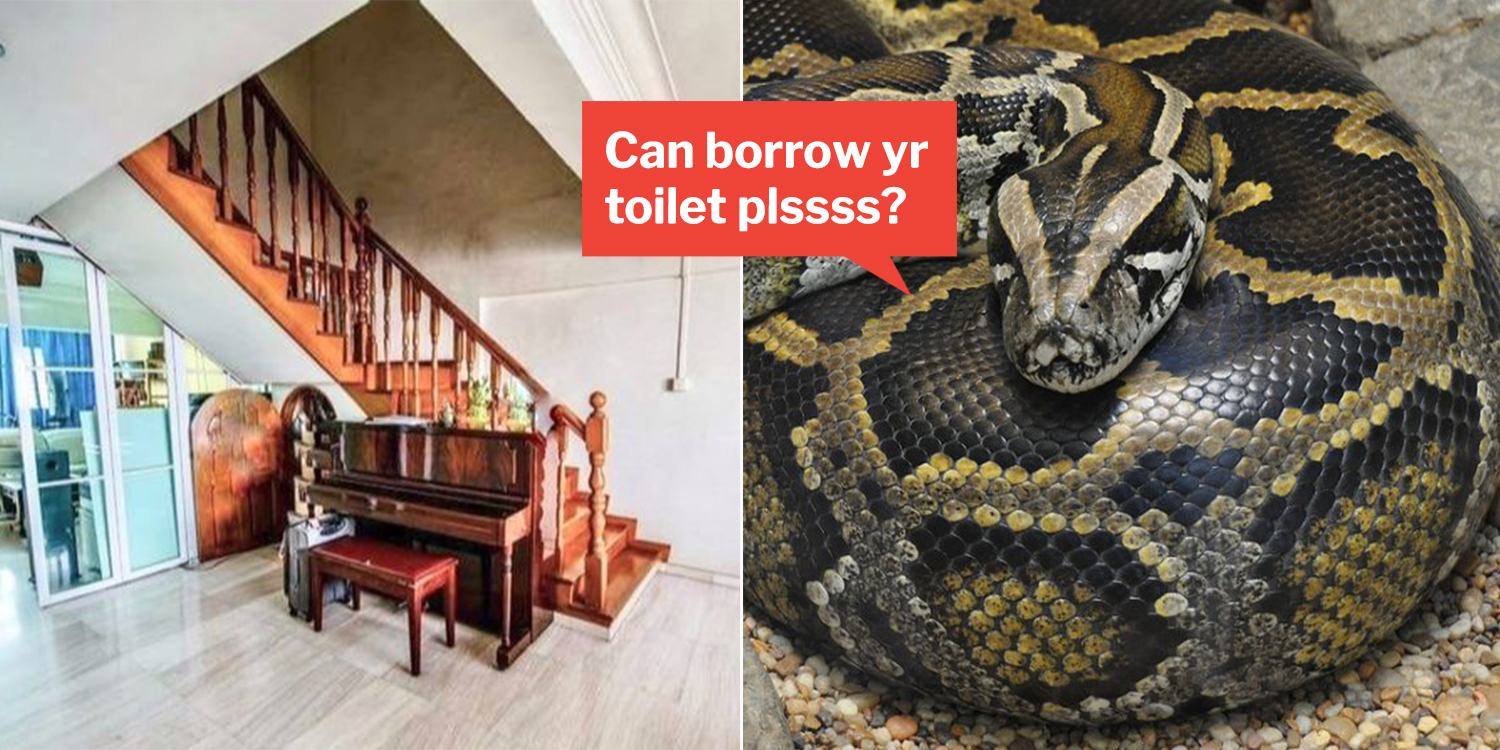 Python Was Too Big For Pest Control Companies To Handle

At 6.45am, the Goh family was going about their morning routine in a HDB maisonette at Eunos, on the second last day of 2018. 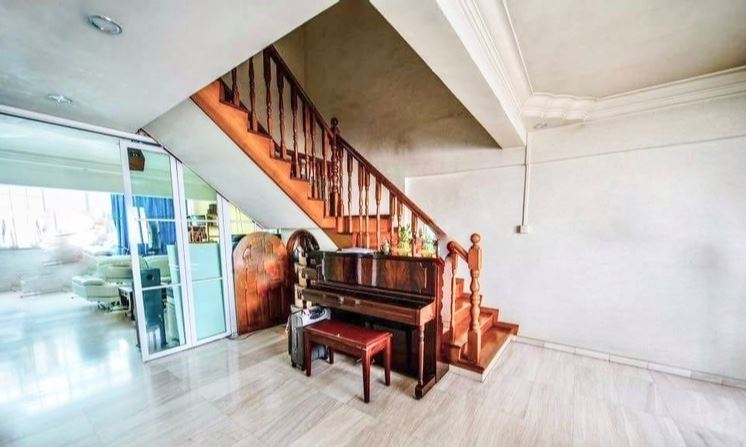 But a shriek of terror emanating from the toilet soon ignited chaos.

A snake had slithered casually into their household, scaring Mrs Goh witless. 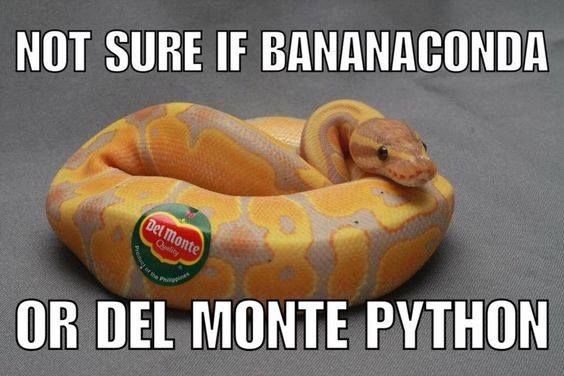 Much ado about something huge

Some would wonder why she made a fuss over a harmless snake encounter.

Well, if the star of our story were one of these cute little noodles — we’d largely agree with that sentiment. 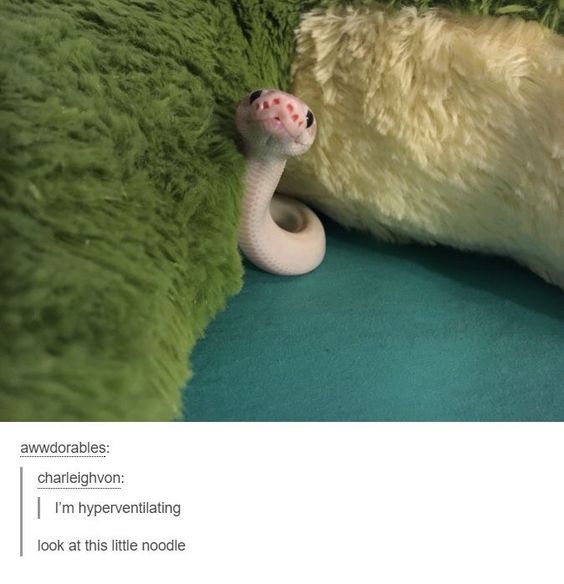 But the Goh family’s surprise house guest turned out to be a massive 3-metre-long, 10cm thicc reticulated python. 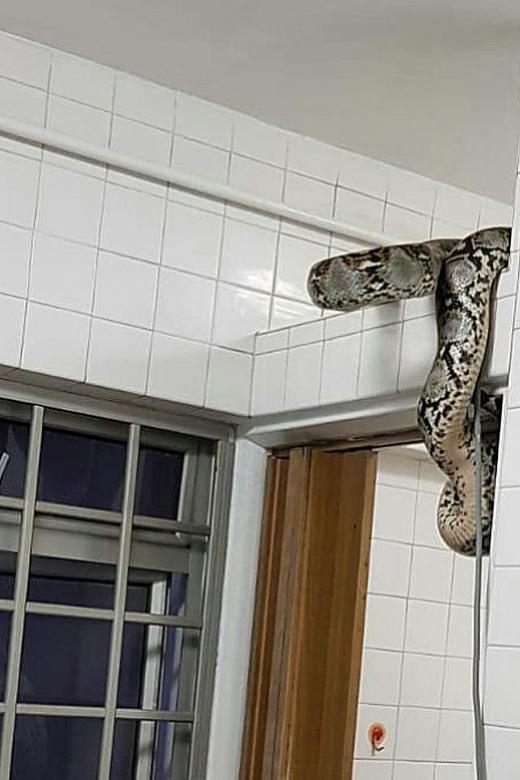 To think 60-year-old Mr Goh thought his wife was exaggerating about her close encounter with the reptilian kind.

From a toilet beam to a sewage pipe

After the initial shock wore off, the family phoned the Agri-Food and Veterinary Authority of Singapore (AVA), who promised to “send help”.

They also contacted the Marine Parade Town Council, who advised them to call a “pest control company“, says The New Paper.

At this point, the python was possibly bored of the view from its vantage point on the toilet beam. To get a better view of the unfolding chaos, the snake decided to coil itself comfortably around a sewage pipe.

Too big to handle

The family continued to press on with their calls to pest control companies, but received rejection after rejection.

Apparently the python was way too big for any of them to handle.

Finally, a brave company agreed to take on the Herculean task of getting the snake to safety. They were so brave that they only sent one employee to handle the python.

Upon arriving on the scene, the lone ranger decided that the python was too big to handle too, promptly calling for “reinforcements”.

By 8am, the entire team had been assembled. Half an hour later, the python was successfully captured and “released in a forested area”.

For ushering the snake out of the house, the company received $400 for their efforts.

Just to clarify, if your house becomes the unintended playground for wild creatures great and smol, these are the right authorities to notify.

Pest control companies who offer to handle snakes but lack the proper expertise may unintentionally cause the deaths of these creatures, warns Acres.

Snakes, are in fact protected species by the laws of our nation. Read on for AVA’s official protocol during snake-sightings here.

Who you gonna call?

The python’s unexpected eve of New Year’s Eve house call may have been a terrifying close to 2018 for the Goh family.

But it also serves as a useful reminder of who we should turn to for help — if we ever find ourselves in the same situation. 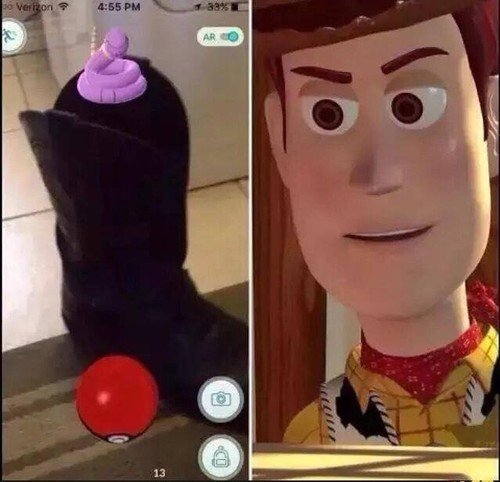 So if there’s something strange in your neighbourhood, you know exactly who to call.