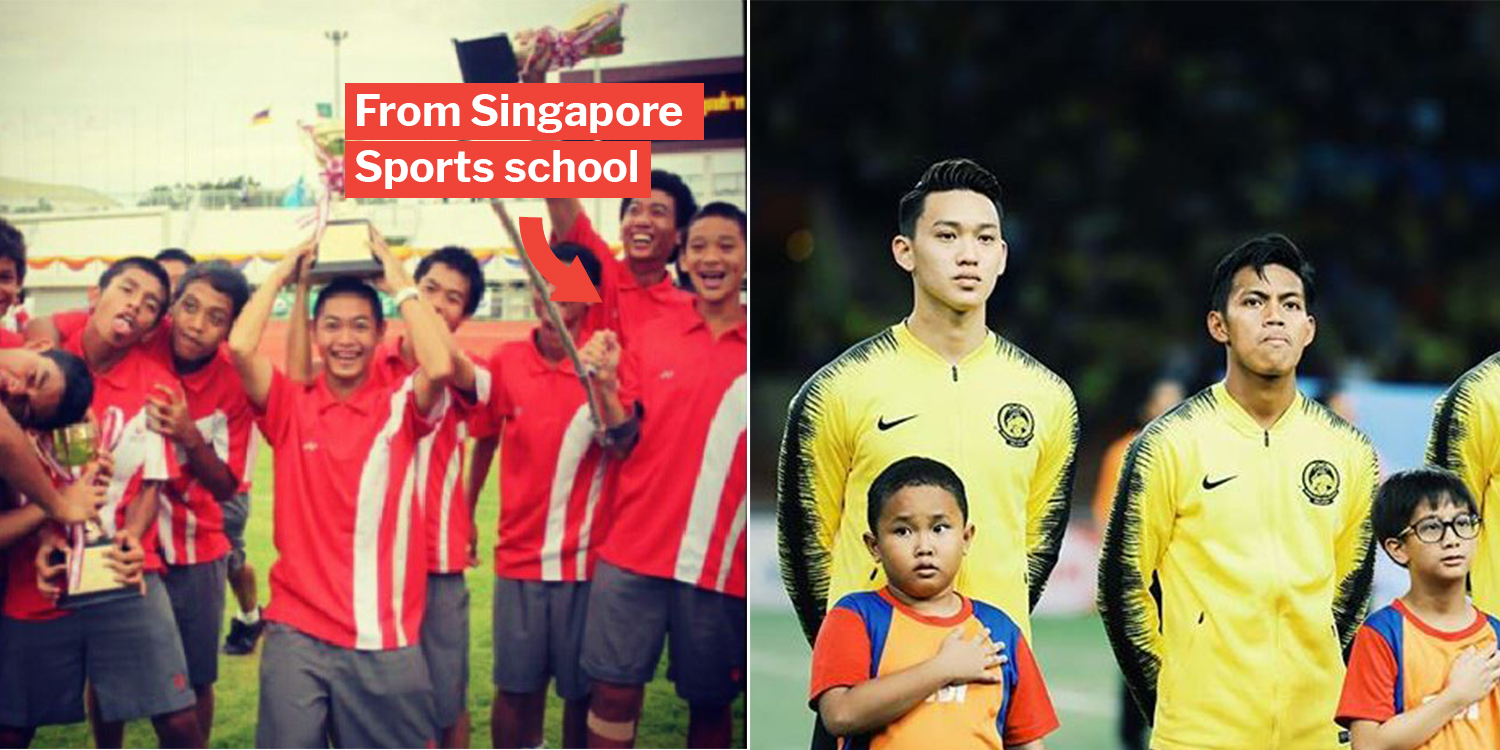 "I will always be grateful"

Representing your country is one of the greatest honours a footballer can have.

Dominic Tan recently represented Malaysia for a friendly match against Nepal recently. However, he wasn’t born in Malaysia. He was actually born in Singapore and has lived in Bishan for the past 16 years of his life. He was also a promising football player in Singapore’s National Football Academy (NFA) and studied in Singapore Sports School (SSP).

Dominic is a talented footballer

Unfortunately for Singapore, Dominic is a talented player. At a young age, he was accepted into Singapore’s National Football Association — a sign he was one of the best in Singapore in his age group.

Even before that, he was winning matches with Singapore Sports School. “Will never forget our biggest victory as a team”
Source

Baihakki Khaizan, who plays for the Singapore national team, said that Singapore could have benefitted from having Dominic as their centre-back. But he concedes that Singapore has always had good players in his role.

On the other hand, Malaysia’s coach Ong Kim Swee hopes that with Dominic’s talent, Malaysia would be able to do well at the SEA games this year.

Always wanted to play for Malaysia

Based on The New Paper’s article, the 22-year-old always wanted to play for Malaysia.

“My parents are Malaysian and I am Malaysian”

was one of the reasons why playing for Malaysia was something he “dreamt of”.

He decided to act on this when he was 16 and training with the NFA team. He moved to train in Malaysia with his then-NFA coach’s help.

With his goal of representing Malaysia in mind, he managed to do so with the Tigers friendly match against Nepal.

Coach Ong also reveals another reason why Dominic may have opted to play for Malaysia.

Singapore has mandatory national service, therefore it could be a “hiccup in terms of the development of a player”.

Though Dominic has decided to play for Malaysia, he is grateful for the training in Singapore.

He had many good memories training in Singapore and felt SSP was essential for his development.

“I will always be grateful for that”

MS News wishes him all the best in his future endeavors.