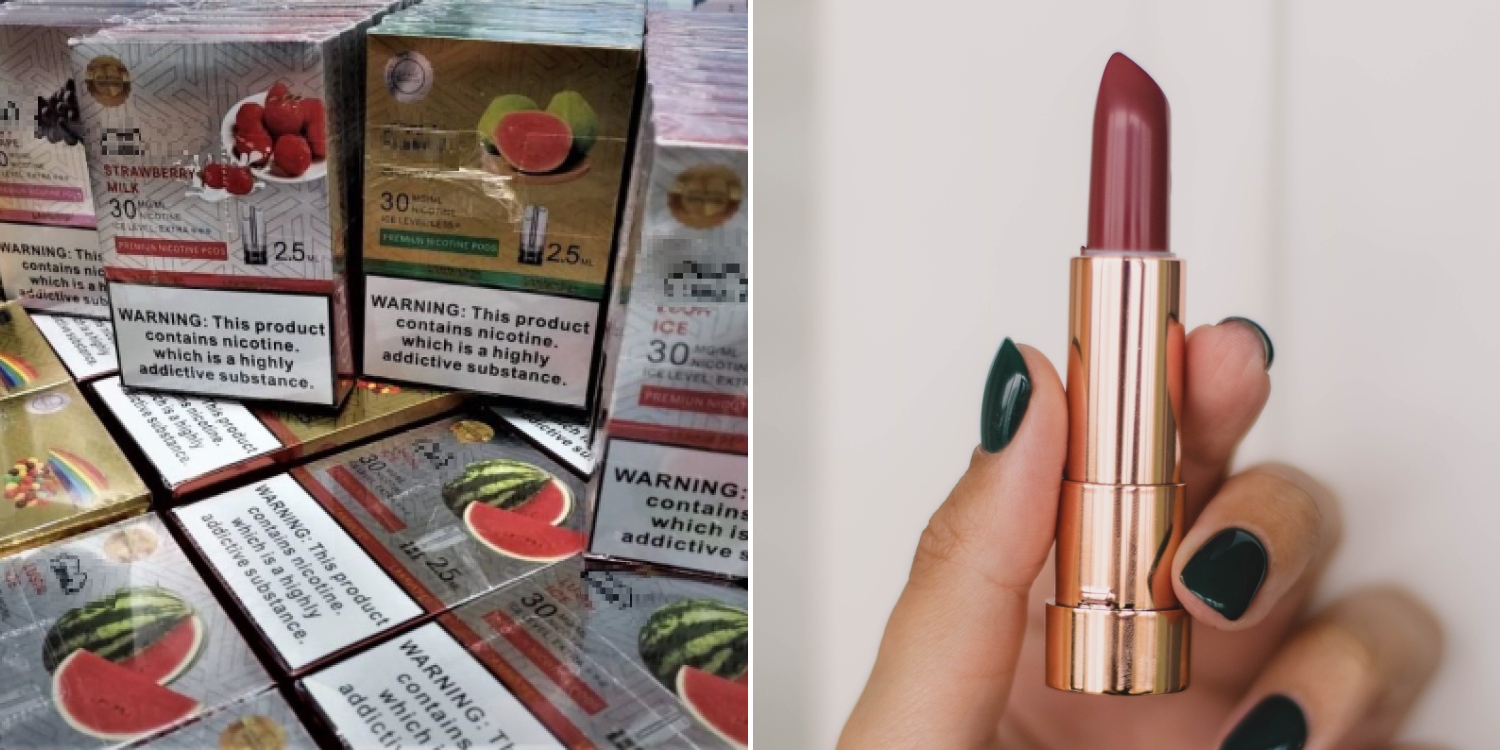 Every now and then, there will be attempts to smuggle illegal items into Singapore, but we can always count on our trusty Immigration & Checkpoints Authority (ICA) officers to stop them. 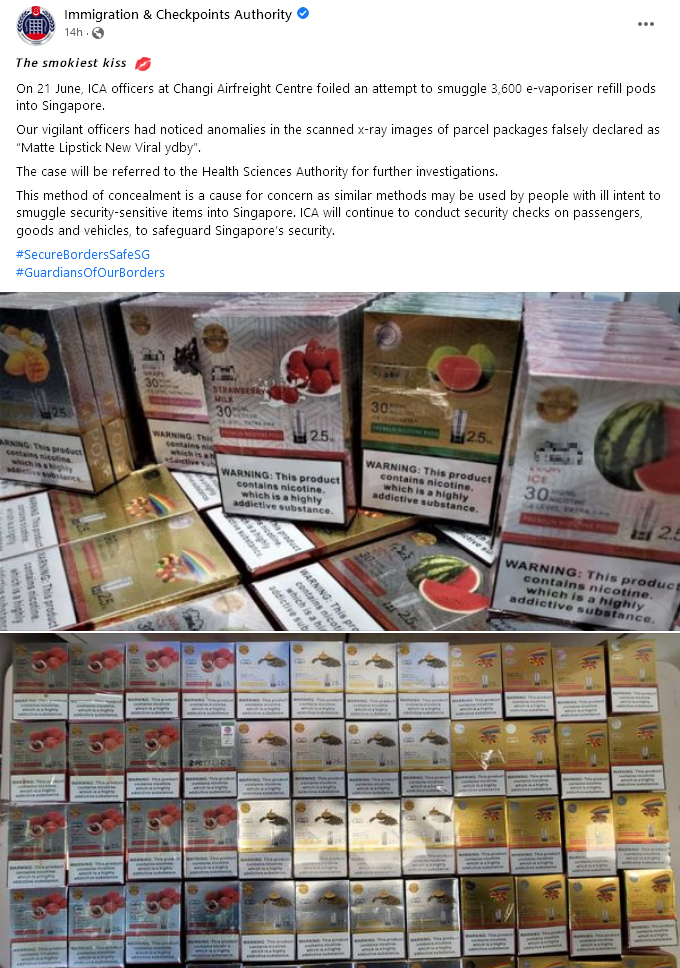 The products, which were disguised as lipsticks, will be referred to the Health Sciences Authority (HSA) for further investigation.

ICA has declared that they will continue to conduct security checks on all vehicles entering Singapore to safeguard the nation.

On Tuesday (28 Jun), ICA shared a Facebook post announcing that they had seized 3,600 e-vaporiser refill pods at Changi Airfreight Centre.

Officers inspected the packages upon noticing anomalies in the scanned X-ray images. The offenders had falsely declared the items as “Matte Lipstick New Viral ydby”. 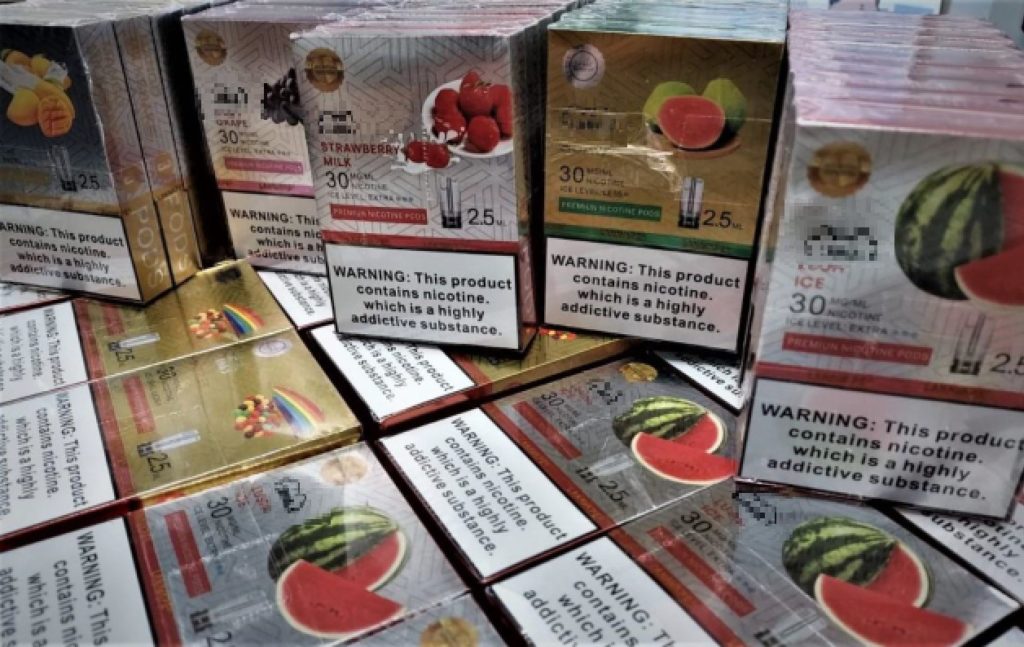 HSA will be taking over the case to conduct further investigations.

According to ICA, this method of concealment is concerning as “people with ill intent” may try using the same way to smuggle “security-sensitive items” onto our shores. They declared,

ICA will continue to conduct security checks on passengers, goods and vehicles, to safeguard Singapore’s security. 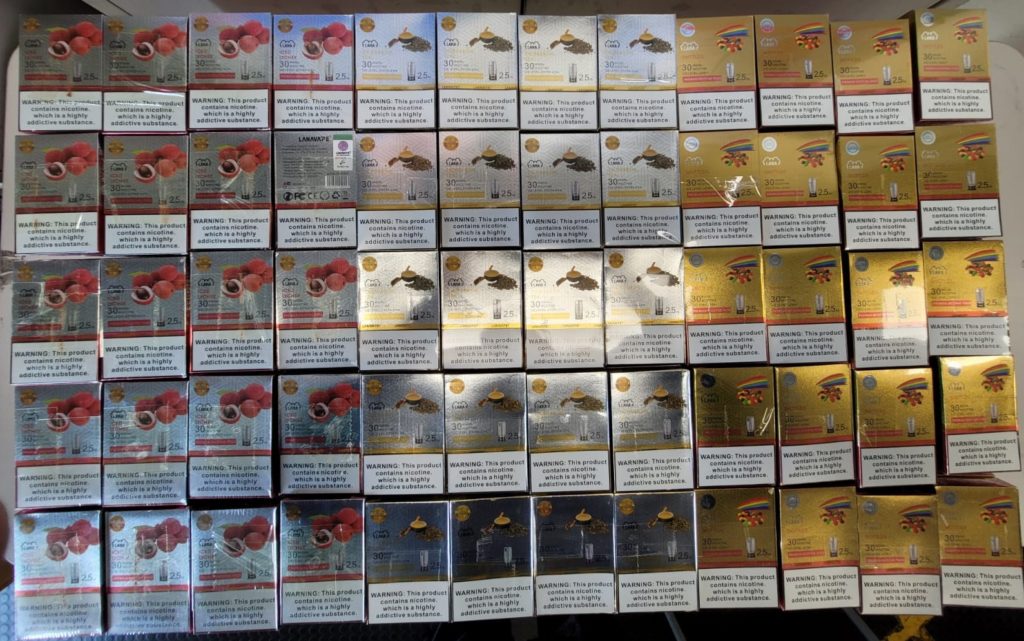 The Straits Times (ST) notes that there’s been a significant increase in the number of e-vaporiser cases handled by the HSA in recent years.

Additionally, up until March this year, authorities caught 1,212 individuals for the use or possession of e-vaporisers.

HSA notes that the import, distribution, sale, or offer for sale of harmful or imitation tobacco products – including e-vaporisers and their accessories – are strictly prohibited in Singapore.

Members of the public with information on the illegal import, distribution, or sale of e-vaporisers may submit an online report here. They can also contact HSA’s Tobacco Regulation Branch at 66842036 or 66842037 from 9am to 5.30pm on weekdays.

ICA has done it again

In the past few months alone, ICA has managed to thwart numerous smuggling attempts of various items into Singapore, from pythons to illegally imported bak kwa.

This reassures us that they will be ready for anyone who tries to bring far more dangerous things into the country.

Hopefully, their effectiveness at foiling such attempts will discourage others from trying to pull off similar stunts.

Featured image adapted from Immigration & Checkpoints Authority on Facebook and Kristina Paukshtite on Pexels, for illustration purposes only.