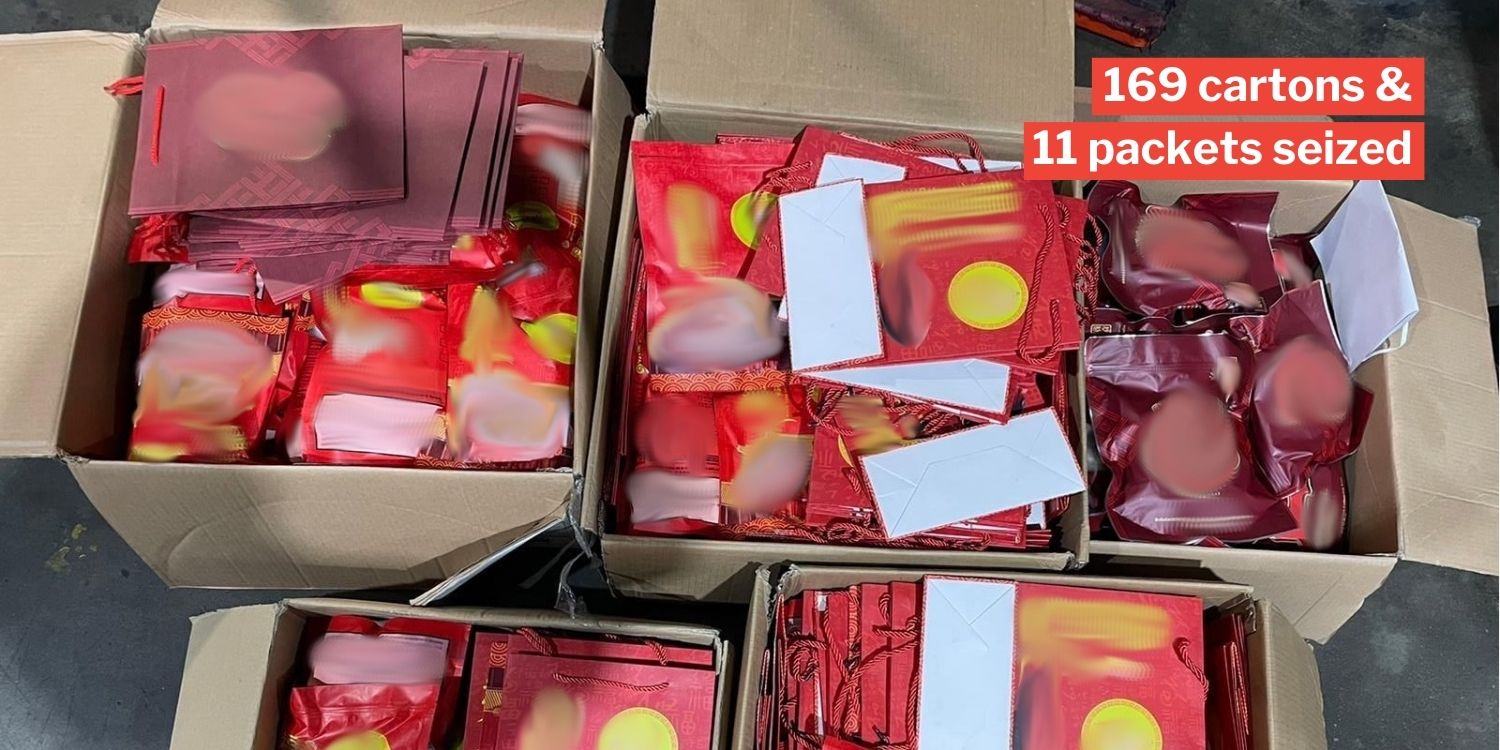 SFA is investigating these illegal imports.

With Chinese New Year preparations in full swing, many households are going above and beyond to celebrate the upcoming holiday.

However, some things are not worth the extra effort, especially if it means bringing them illegally into the country. 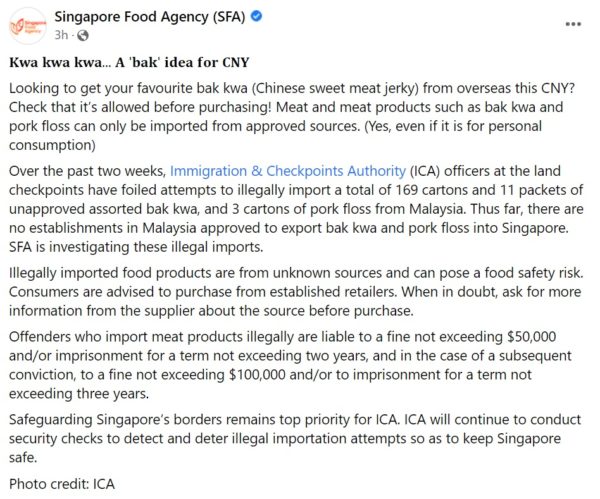 So far, they have foiled several attempts to illegally import 169 cartons and 11 packets of bak kwa, as well as 3 cartons of pork floss from Malaysia. 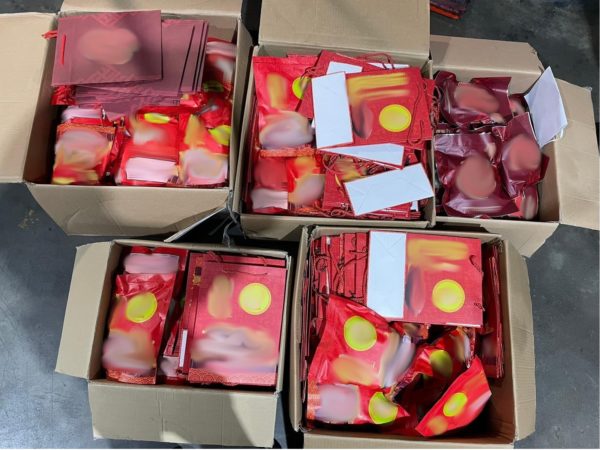 According to the SFA, ICA had seized all the items at land checkpoints between Singapore and Malaysia. 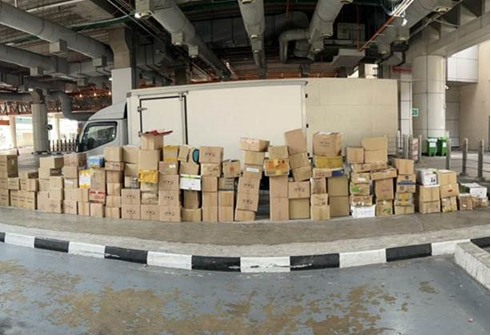 They also clarified that no establishment in Malaysia has received approval to export bak kwa and pork floss into Singapore.

SFA will thus be conducting investigations into these illegal imports.

SFA explained that since illegally imported foods come from unknown sources, they can pose a potential safety risk.

Hence, they advise consumers to only purchase from established retailers and question suppliers regarding the products’ sources if ever in doubt.

First-time offenders found guilty of importing meat products illegally are liable to a maximum $50,000 fine and/or imprisonment of up to 2 years.

Bak kwa is a delicacy mostly enjoyed during CNY celebrations.

As much as we want to give the very best to our friends and family, it shouldn’t come at the detriment of public food safety.

We hope that everyone can find different ways to stand out this CNY.