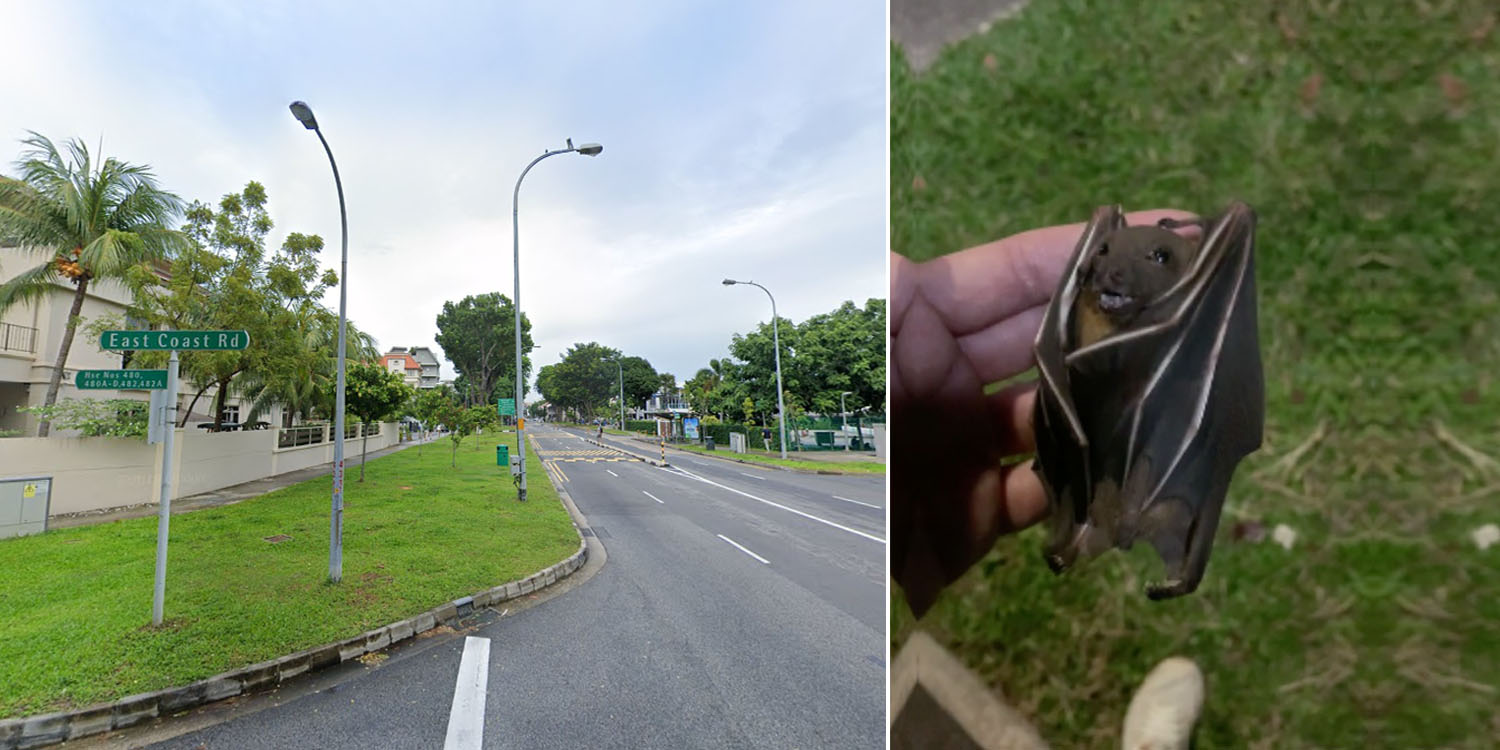 As residents of East Coast eagerly await the unfolding of the East Coast Together plan, a resident picked something off its grounds instead.

On Thursday (23 Jul), a Redditor was out on a walk along East Coast at around 10pm when he sighted a lifeless little form. 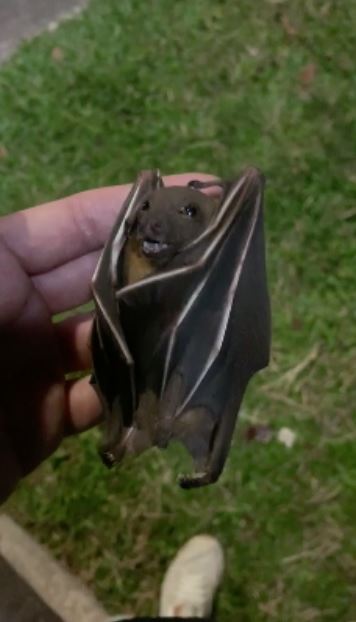 This is how the story unfolded & how it teaches us to handle wildlife with care if we see them around Singapore.

Bat was in trance-like state

Upon examining it further, he realised it was a bat in a trance-like state — glassy-eyed with its wings folded in around the tiny body. 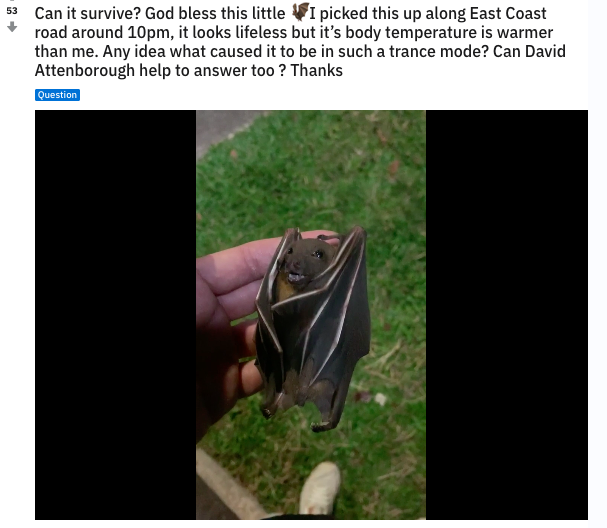 Out of concern for the the little one, the Redditor appeared to pick it up with his bare hands to film the creature.

He asked fellow Redditors what they surmised to be the reason for its shookt state despite the bat’s body temperature feeling warmer than his.

Netizens tell him not to wing it & put it down

The post was met with a slew of comments from netizens who were concerned as well — more towards the well-being of the OP than the bat in his palms.

The general consensus of the replies was that he should not be handling bats with bare hands due to the risk of rabies — a deadly virus which causes inflammation of the brains in mammals.

One of them even identified the species of bat as a lesser-dog faced fruit bat, sharing it was possible that the bat died from unknown causes. He also posited the view that he had never heard of bats playing dead when frightened.

Other bat sightings in S’pore recently

This wasn’t the only bat sighting in Singapore recently, however.

Just within the span of a month, two other netizens also posted of bat sightings in residential areas.

One was found napping on a Redditor’s balcony in day time. 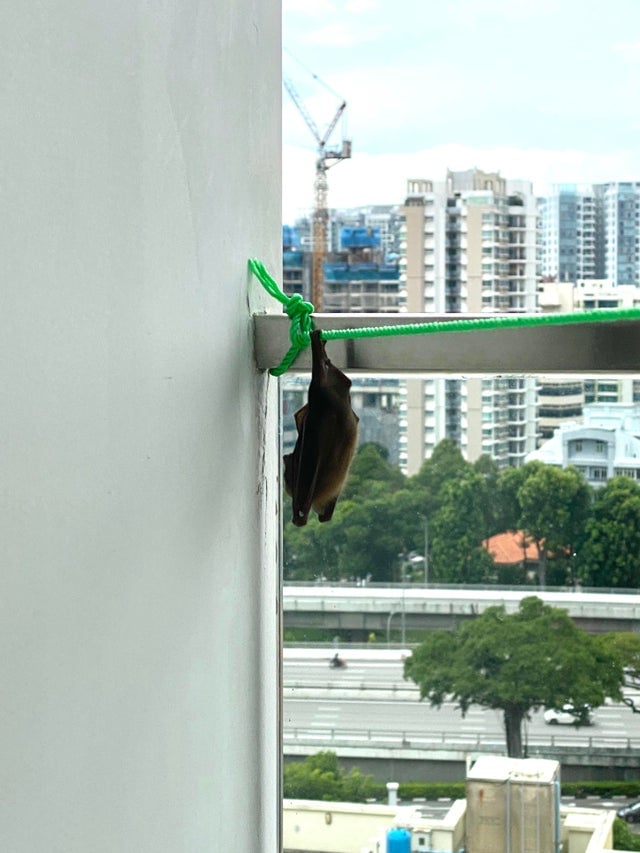 Hanging on a green rope thread, this little one looks still its own way.

Bats are nocturnal creatures after all, and it is not unusual for one to be taking a siesta while the rest of Singapore are up and about — just maybe not within a residential apartment. 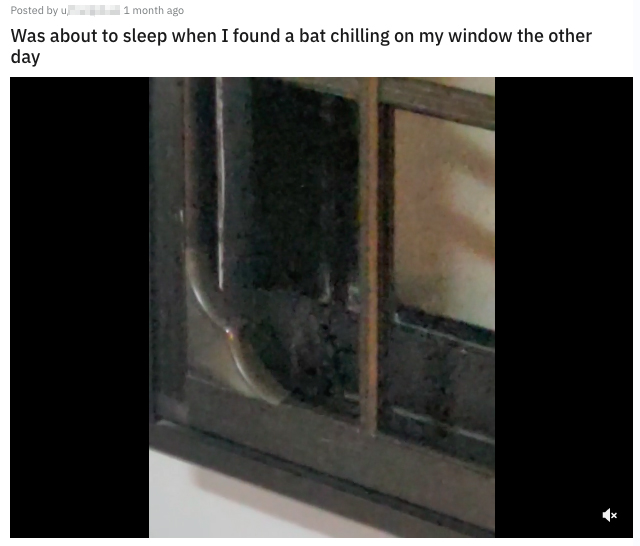 Another one was found closer to home, quite literally.

The winged beast was spotted chilling in the corner of someone’s window.

Smol bats may be cute, but safety’s first

While some bats are notably adorable with their small snouts and glassy eyes, they are known to be carriers of a host of viruses. A bite from a bat can potentially transmit rabies, according to Centers for Disease Control and Prevention (CDC).

Like what some of the netizens have told the resident, it is recommended to see a doctor immediately for some jabs should you handle one unprotected.