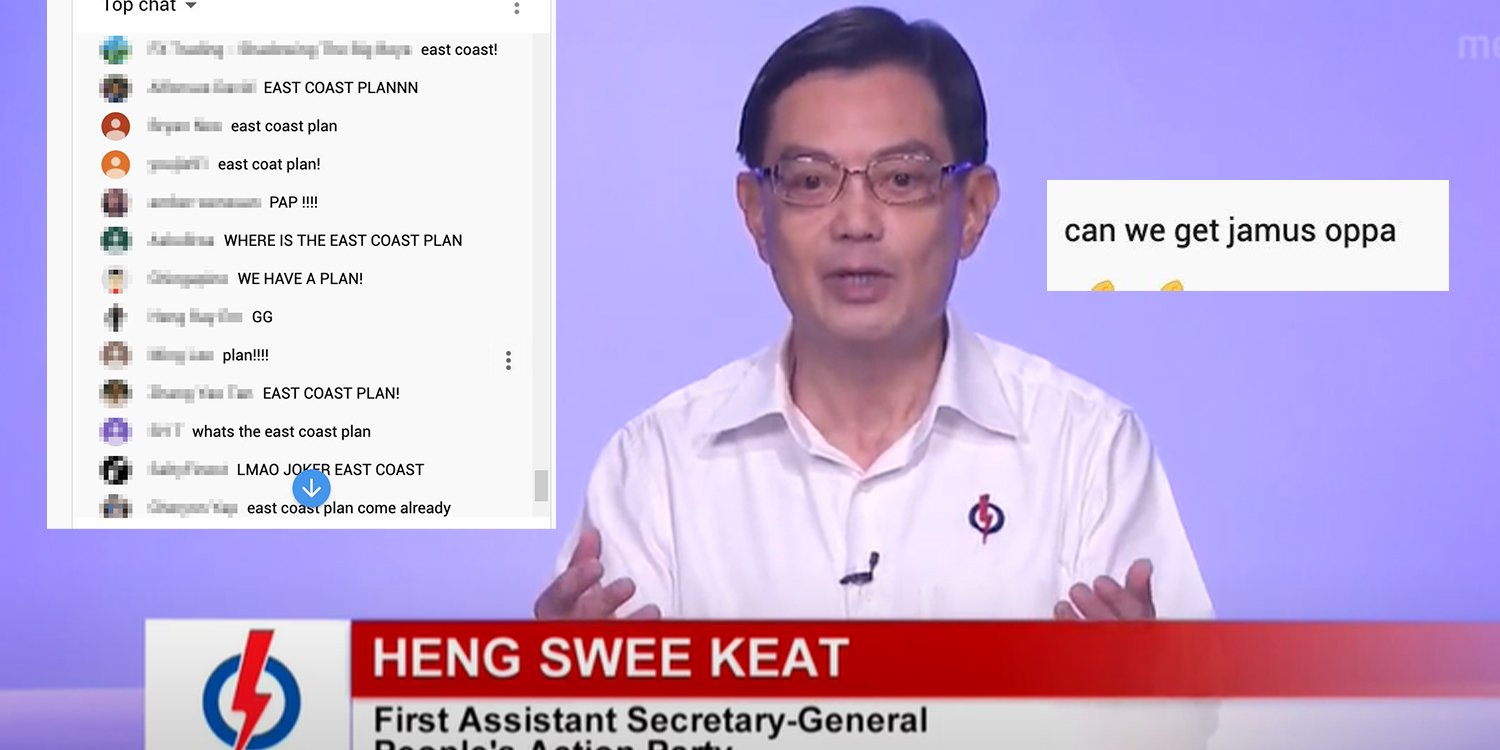 Not quite a k-pop concert.

On Thursday (2 Jul), parties contesting more than 5 seats in GE2020 were given a platform on national TV to reach out to viewers.

Parties were given allocated time according to the number of seats they were contesting.

Each of the representatives took time to lay out their party’s plans to Singaporeans, but arguably the comments section was where the real meat of the material was.

The people on the broadcast were, in order of appearance:

Unfortunately, the poor guys making the speeches appeared largely forgotten, and many took to spamming the live comments section instead.

You can watch the broadcast here, sans comments sadly.

Calls for Jamus, even when he isn’t participating

It seems Singapore can’t get enough of WP’s Jamus Lim, who seems to have amassed a fanclub overnight.

Of course, WP’s Nicole Seah also has many fans of her own. Could the 2 of them be WP’s most popular candidates so far?

Actually, Dr Lim was over at a WP online rally, which you can watch here.

Instead of Dr Lim, we got to see party chief Pritam Singh instead, delivering his speech with the gusto we’ve come to know him for in rallies and Parliament.

Mr Singh does have fans of his own, although we’re not sure if that’s admiration or something more.

Where are the upgrades

If there’s one thing that the PAP delivers on, it’s upgrades.

Something that opposition wards sometimes have to wait a long time for. In this netizen’s case, more than 10 years.

Unfortunate. But I’m sure Hougang has a paint shop or two.

By now, everyone knows about the impending plan that Deputy Prime Minister Heng Swee Keat has promised.

So when DPM Heng showed up on the broadcast, there was only one question on everyone’s minds: 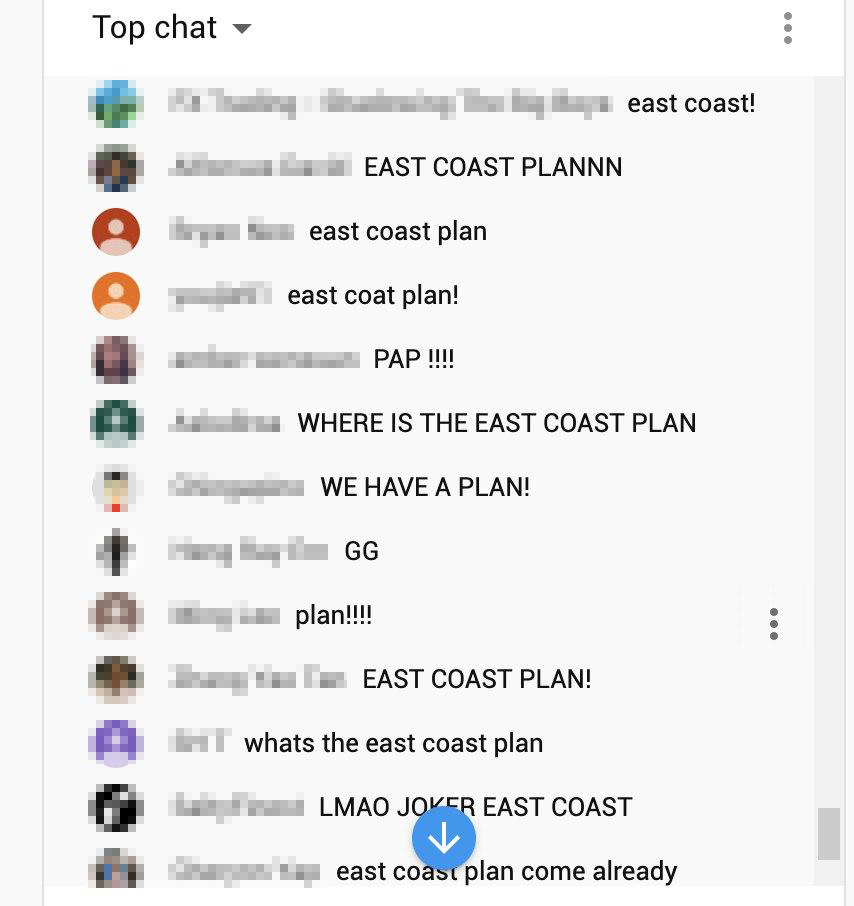 Ladies and gentlemen, the plan has arrived. 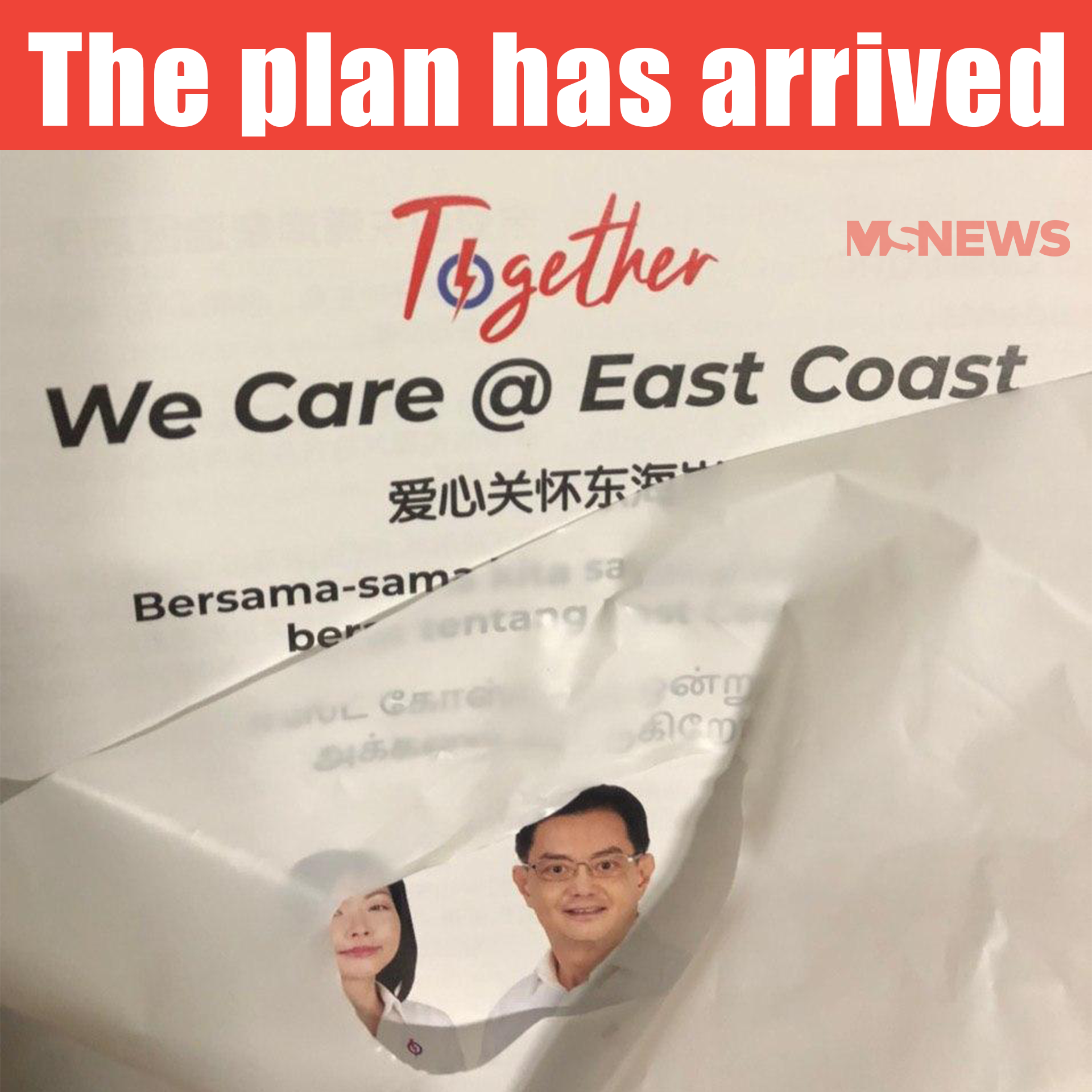 It’s fair to say that not all comments on the broadcast were savoury or even fit for rebroadcast.

One person had apparently had it with the nature of the comments and demanded its immediate extinction.

Now. With a full-stop for emphasis.

The chat remained open to the end. Not today, my guy.

We want to be entertained during GE2020 party broadcasts

While it’s a good idea to have party candidates come on a live broadcast so they can address the nation, people want to be entertained too.

This isn’t to say that politics is entertainment, but the best way to get people to listen is by being engaging, and arguably most of the ‘Internet’ generation are familiar with each party’s policies.

Kudos to everyone for their speeches, and rest assured that many listened to them.