In an unfortunate turn of events on Wednesday (29 Jan), Mr Brian Teo’s young cousin and helper got a taste of the bad traffic while crossing the road near Kallang MRT.

He took to Instagram on Wednesday (29 Jan) appealing for witnesses to step up with footage of the accident. 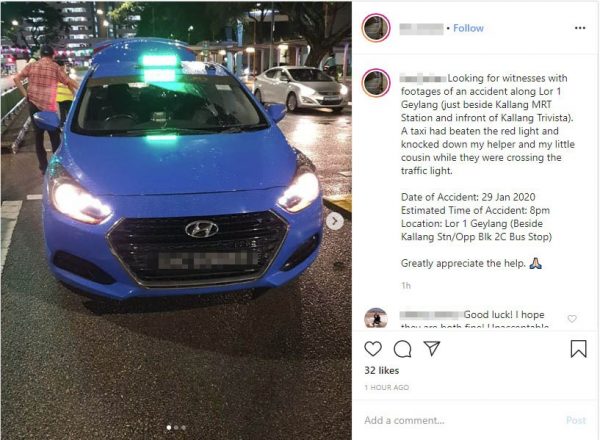 Helper was injured in Geylang accident

According to the post, the accident occurred on Wednesday (29 Jan) at around 8pm, just beside Kallang MRT station.

According to Mr Teo’s post, the taxi allegedly ran a red light and collided into his helper and young cousin as they were making their way across the pedestrian crossing.

Mr Teo’s cousin is “fine” now but his helper remains in a hospital. 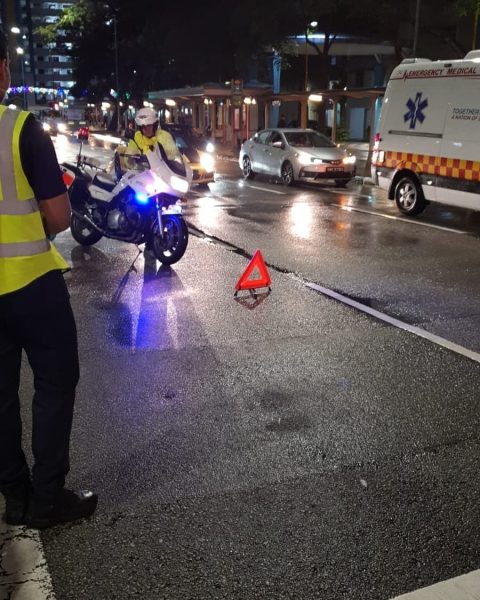 Appeal for witnesses with video footage

Mr Teo has since lodged a police report.

However, he is now appealing for “witnesses with (footage)” of the accident, presumably to help the police with their investigations.

Additional clips and eyewitnesses would be beneficial in helping the police with the investigation of the accident.

MS News wishes Mr Teo’s helper a speedy recovery. We hope that witnesses would come forward to provide them with footage of the accident.