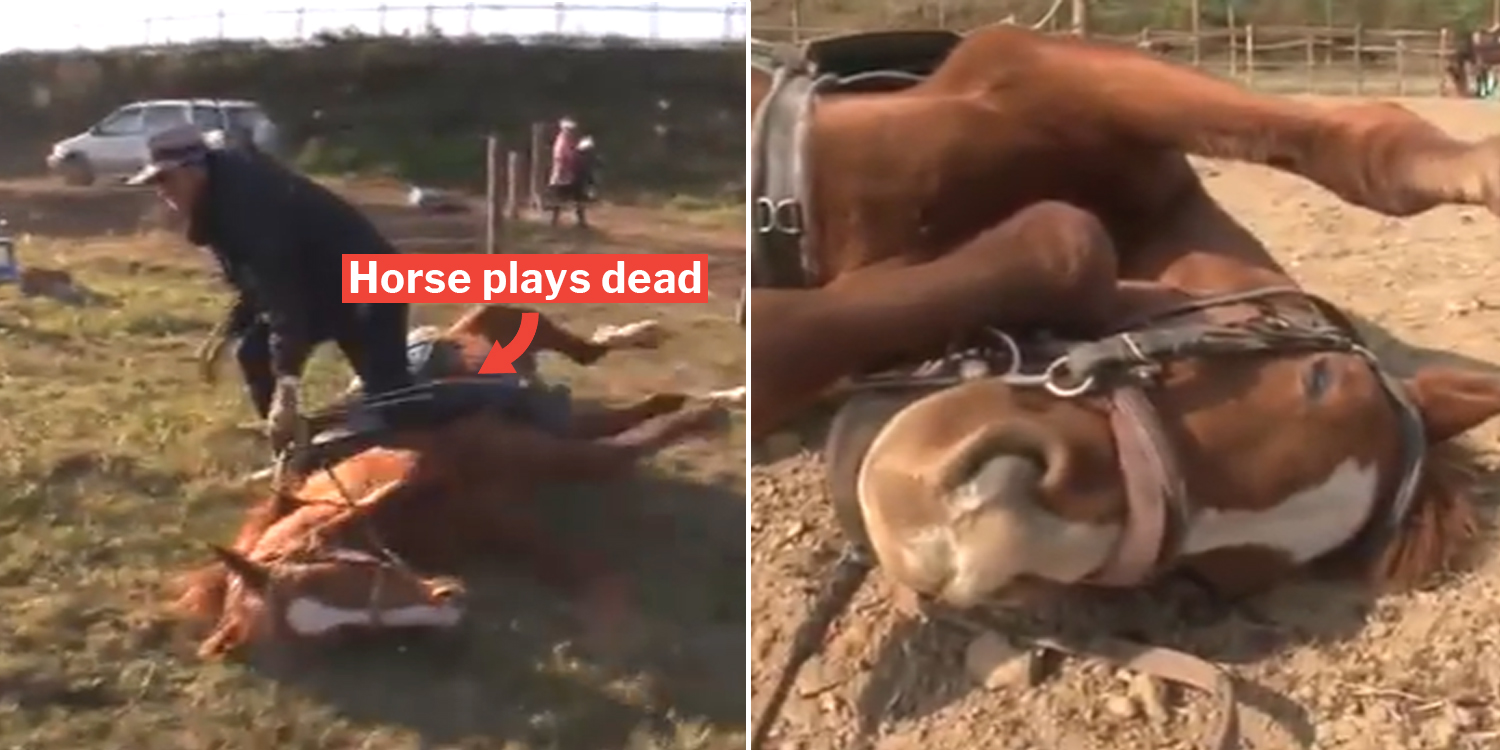 So apparently, there’s a horse in Korea – judging from the bits of speech in the video – that knows quite cleverly how to avoid work.

Since it has a saddle on it and the enclosure looks like a pleasant riding park, we’re assuming that his work means letting people sit on him while he struts around.

The video is a compilation of the horse, named Jingang, deliberately falling onto its side whenever it senses that someone is about to swing himself up on him. 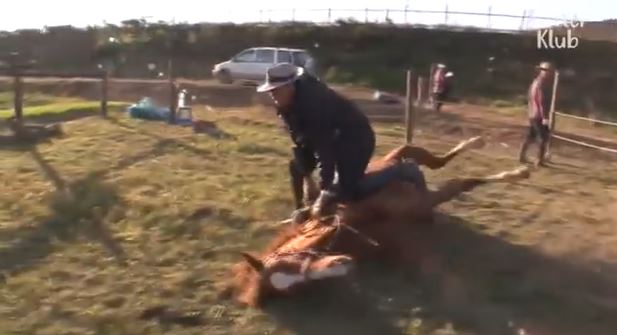 There is also funny music accompanying the video. You can view it in full here.

Here are a couple of screenshots of the horse falling in his work-averting act. 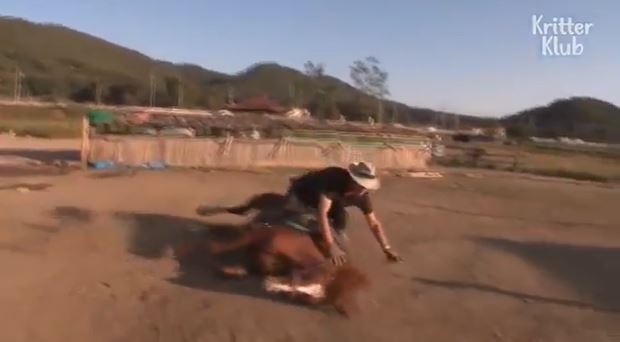 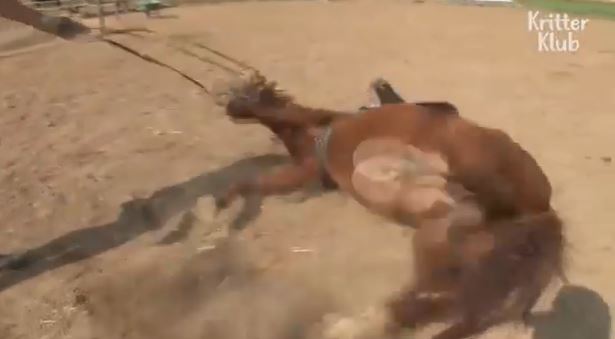 Yeah, he’s pretty good at that.

He falls so much and so often that even his pals are tired of his shenanigans. 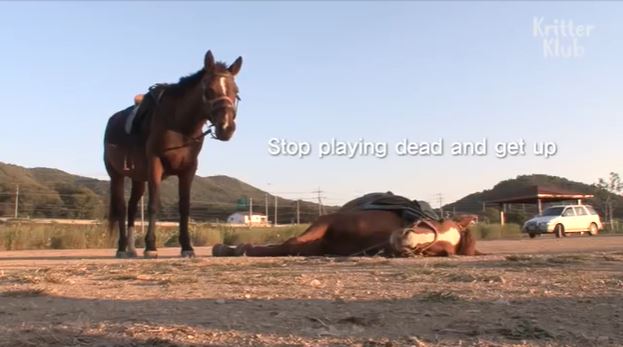 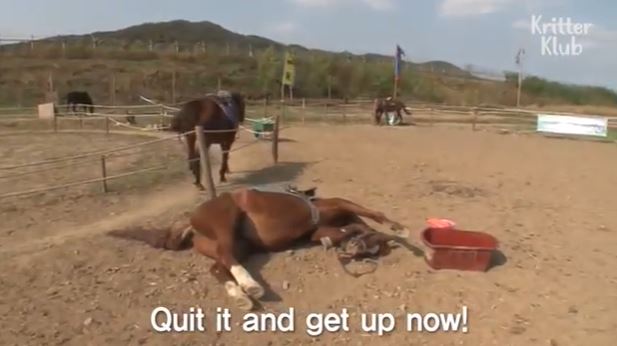 And when no one is looking, the horse discreetly gets back onto his feet. 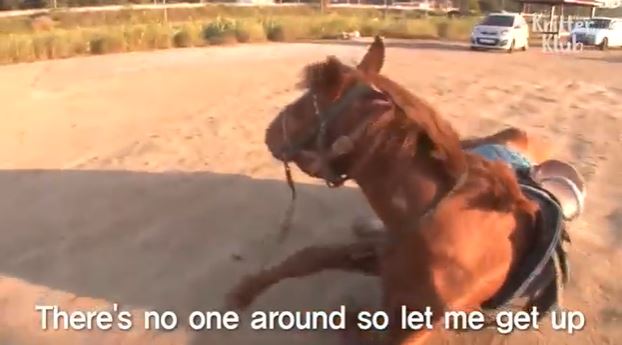 Nevertheless, Jingang’s supposed owner is forgiving and still loves him very much. 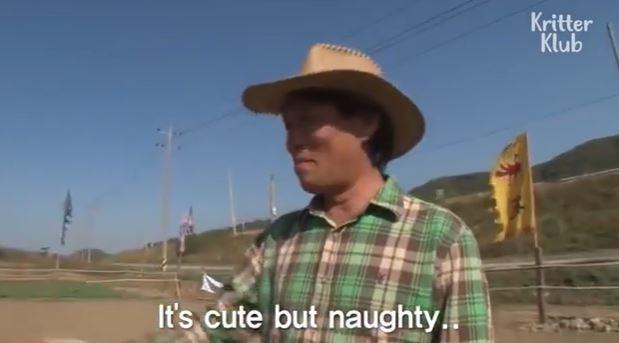 If anything, Jingang’s playing possum may just attract even more visitors to the stable. The video has after all, been shared an astronomical 633,000 times on Facebook.

The only thing we can’t really confirm if Jingang is indeed from Korea, because that’s what the owner appears to be speaking when he speaks to the camera.

As much trouble as Jingang may cause, we hope he never sheds his playful nature. 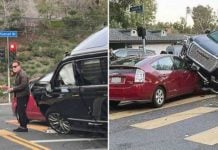