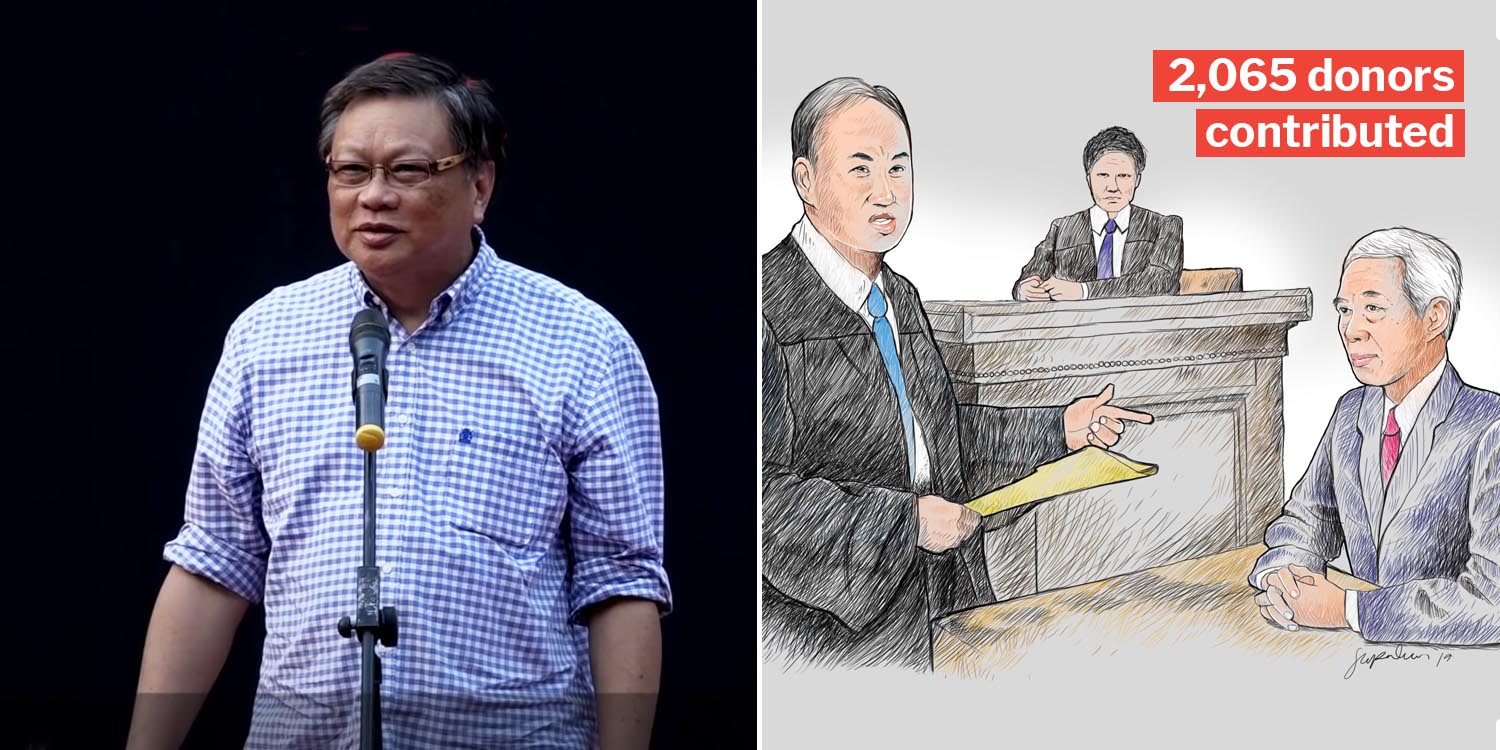 The funds were raised in 11 days.

On 24 Mar, blogger Leong Sze Hian was ordered to pay $133,000 in defamation damages to Prime Minister Lee Hsien Loong, for a Facebook post that he shared alleging the PM’s involvement in money laundering.

Since then, Mr Leong has been raising funds to pay for the damages. In the days since the courts ordered the payment, the blogger received help from his lawyer Lim Tean as they spread the word around social media. 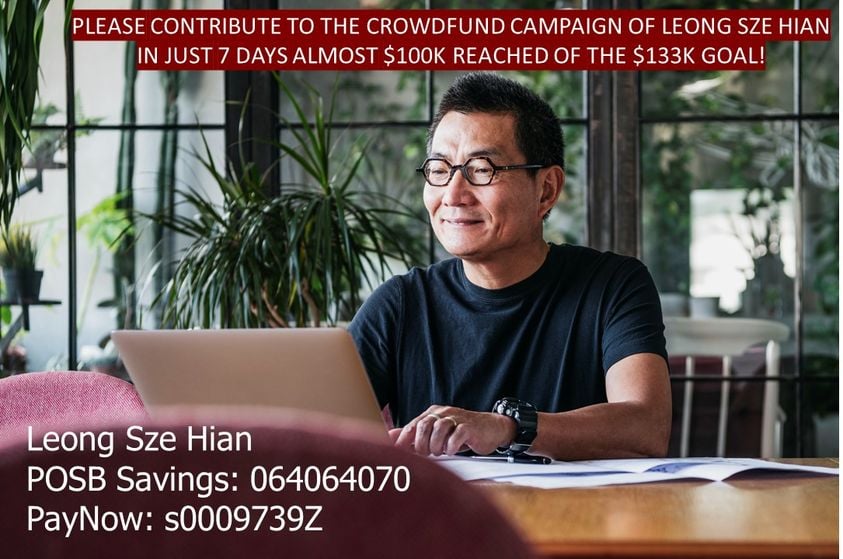 During this time, donors came in — both anonymous and named.

Among the donors were Mr Chiam See Tong and Mrs Lina Chiam. 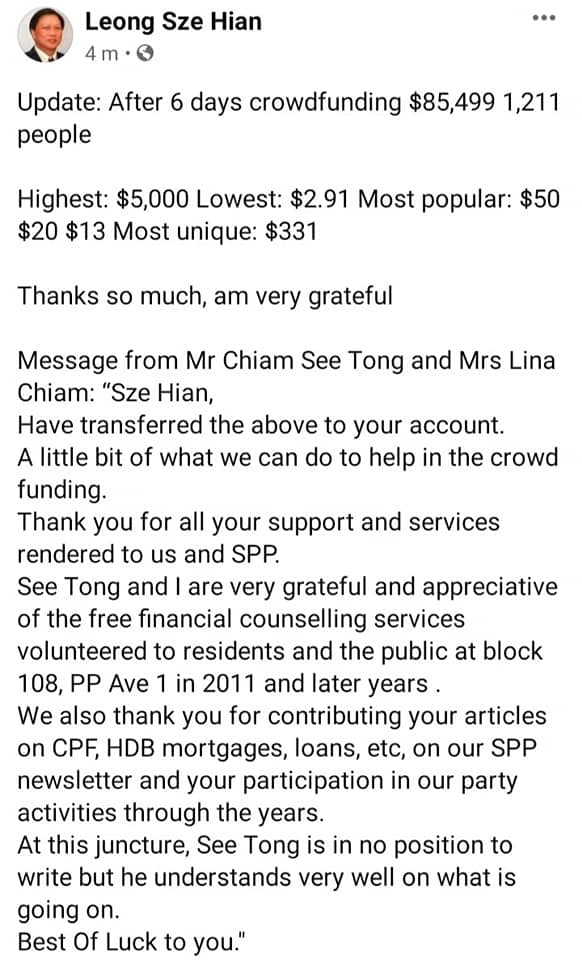 Eventually, a total of 2,065 people contributed to the fund.

The single highest amount that Mr Leong received was $5,000.

Shares poem about freedom of speech

In the post announcing the completion of the crowdfund, Mr Leong shared a poem:

In the poem, he lamented an apparent lack of freedom and speech in Singapore, and stated a need to tear oppression and remove fear.

He also called the successful crowdfund a “miracle on Easter Sunday”.

The issue of contention in the defamation suit revolved around a Facebook post which Mr Leong had shared on his wall.

It was flagged by IMDA after 3 days and he promptly removed the post.

However, the defamation suit took place after, as PM Lee claimed that Mr Leong sharing the post without verifying the information was damaging to him.

It’s been interesting to watch as Mr Leong raised the funds to pay his damages.

Some public figures including Mr Lim threw their support behind Mr Leong.

With this, the case is closed. Mr Leong is now free of his debt and everyone can move on from what has been a long and controversial case.