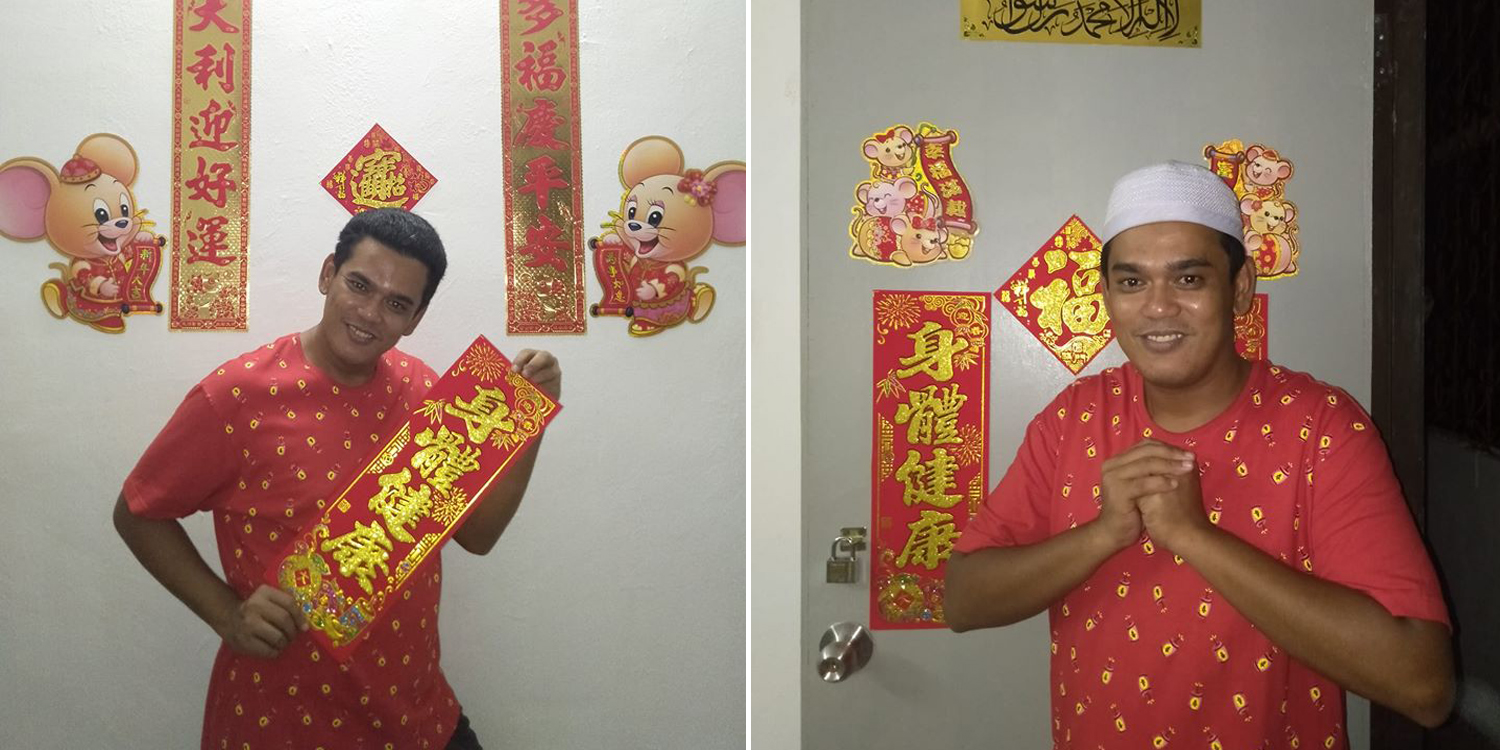 Along with his post, Alice shared that as a Muslim, he celebrates Chinese New Year too and there’s no wrong in that.

For the uninitiated, a recent saga happened in Malaysia involving a school in Puchong.

In summary, the school got flagged by a local lawyer for putting up CNY decorations around the hallways.

Because of that, the school relented and ended up removing all the CNY decorations.

However, to Alice, having a Malaysian school celebrate Chinese New Year “is not wrong” he said.

He added that by doing so, students will even benefit by learning more about the Chinese culture.

Putting his words into action, Alice went ahead to explain the meaning of Chinese sayings ‘Gong Xi Fa Cai’ (恭喜发财) and ‘Fu’ (福) written on the decorations behind him.

Alice explains that ‘Fu’ (福) means fortune and ‘Gong Xi Fa Cai’ (恭喜发财) refers to wishing you ease in your attainment of wealth.

Not gonna lie, his explanations are pretty on point.

In a seperate Facebook post, Alice shared a photo of his entire family gathering around a table ready to dig into a CNY reunion dinner feast.

He even captioned the photo,

This is Muslim family reunion dinner… 😍😍😍

Isn’t it nice to see someone from a different racial group appreciating and learning about Chinese culture?

Racial harmony at its finest

As a Muslim, Alice was willing to influence the people around him into knowing more about Chinese New Year culture. And that to us, is extremely admirable.

Just look at how his house is even so timely decorated with Jerry to celebrate the Year of the Rat.

Indeed, this is racial harmony at its finest.