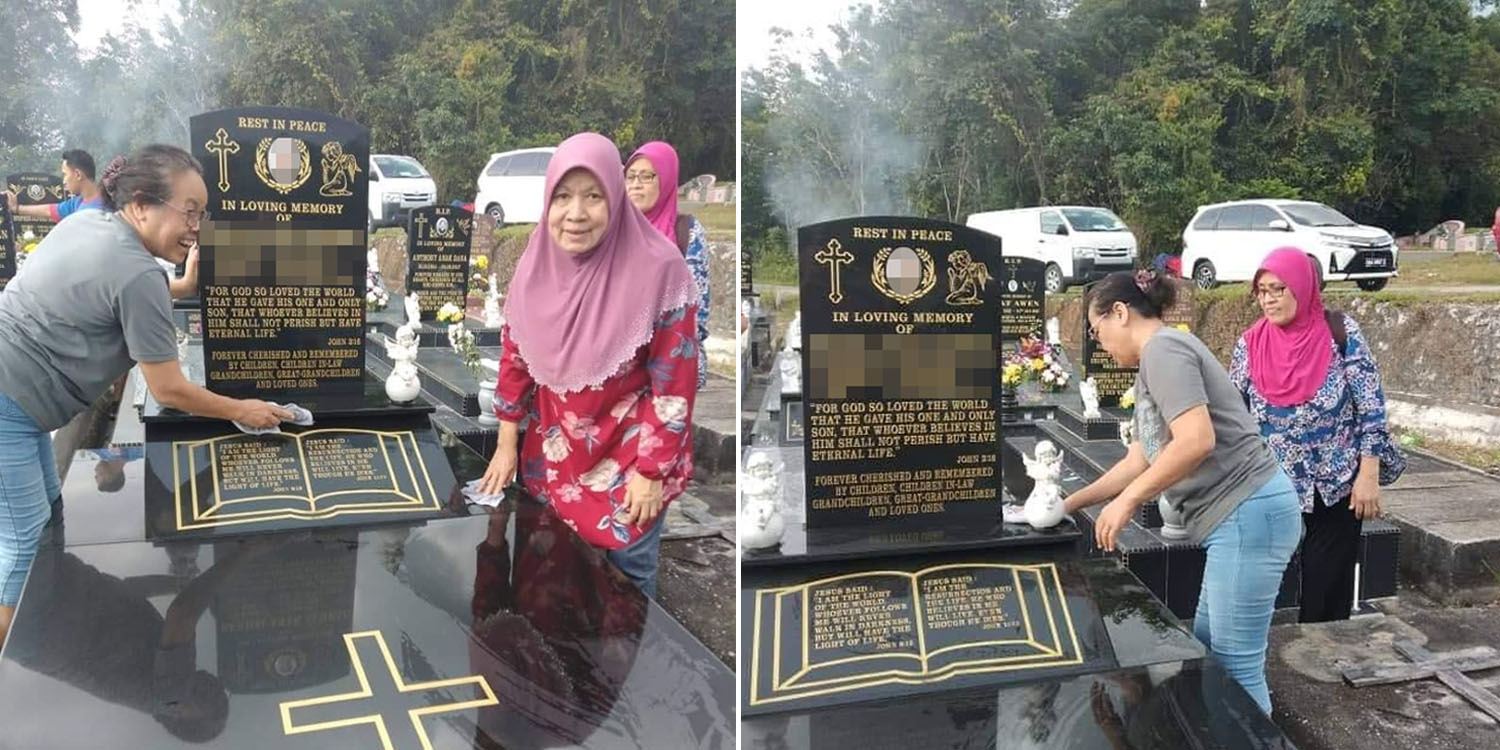 Their ability to exist as a unit, while possibly complex, sets the bar for the rest of us to live together in harmony.

A Muslim family in Sarawak, Malaysia, is one such example, as they continue to maintain their ties despite religious differences.

The act of visiting graves often invites spiritual connotations. But more than that, it’s a chance for families to gather in remembrance of loved ones who have passed.

Malaysian teacher and writer Cikgu Emmet shared on Facebook about a touching encounter he had on Saturday (2 Nov).

He was on his way to Kuching when he encountered an unusual jam, especially close to a Christian cemetery.

After asking around, he learnt that it was All Soul Day, where Christians, in particular, will clean their relatives’ graves and place flowers on them.

But a few women donning hijabs and baju kurungs among the crowds caught Cikgu Emmet’s attention. 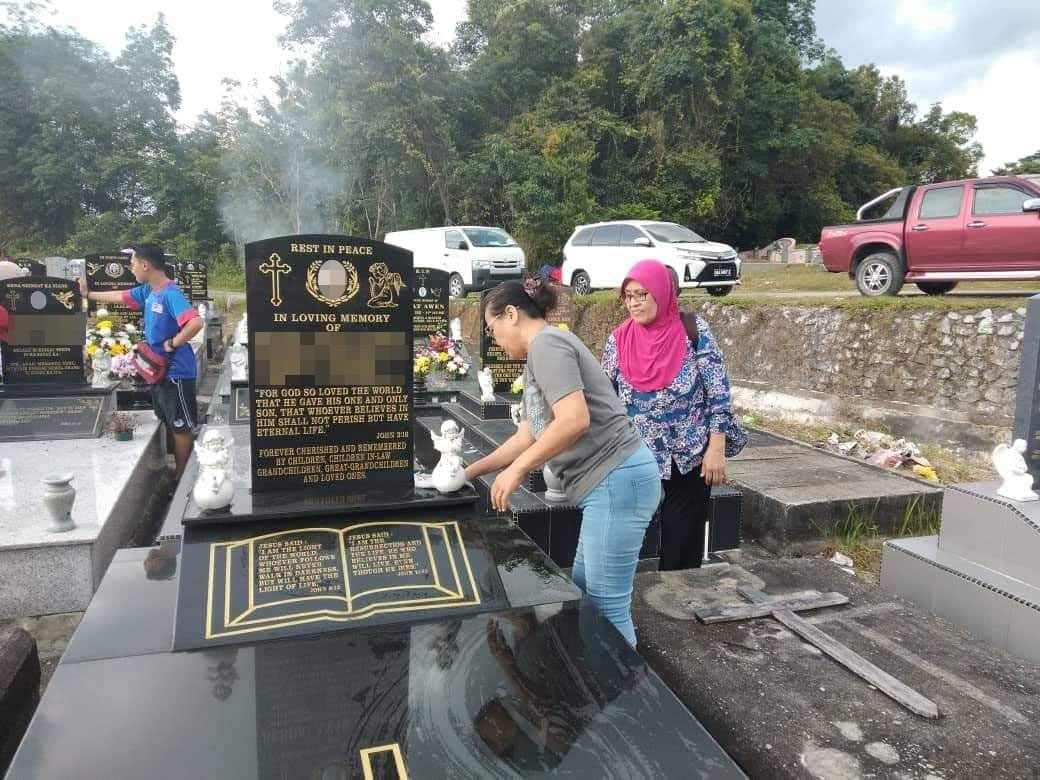 Noticing that they were cleaning a grave like everybody else, Cikgu Emmet approached them out of curiosity.

The three Muslim women – Ms Dayang Rafidah, her mum and her aunt explained that they were visiting the grave of her grandma who had passed away.

According to Ms Dayang Rafidah, her mum had embraced Islam while her grandma remained Christian till her passing. 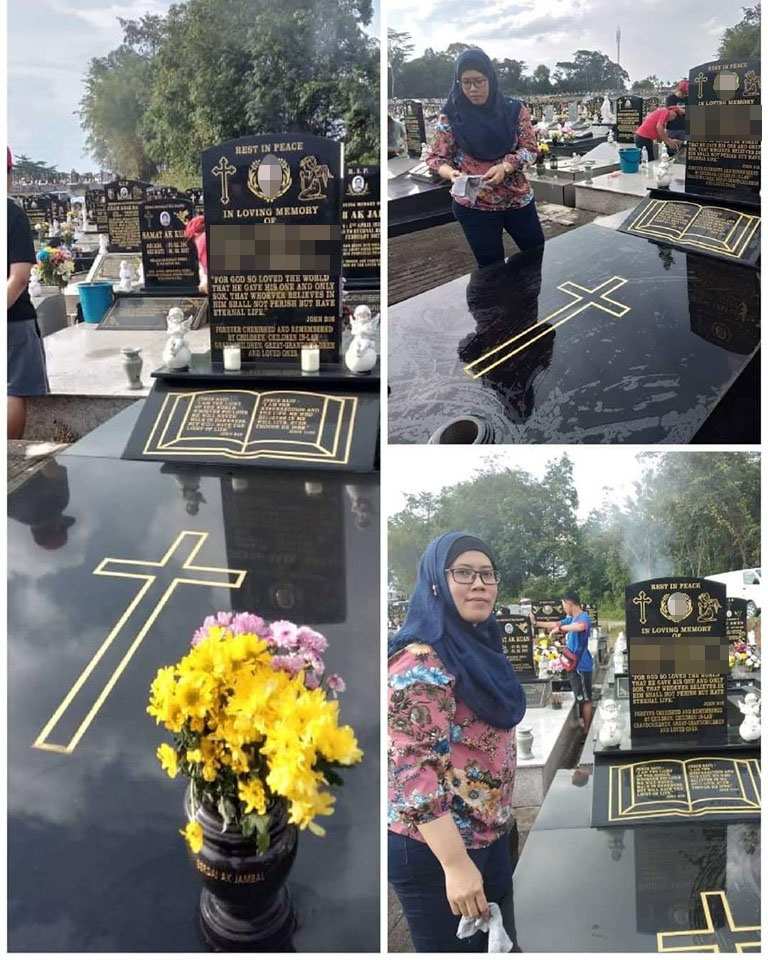 Their different beliefs, however, never set them apart, as evident in the women’s dedication to their beloved family member.

Setting an example for religious harmony

Fellow visitors were also welcoming, as Cikgu Emmet noticed them interacting graciously with the Muslim women. 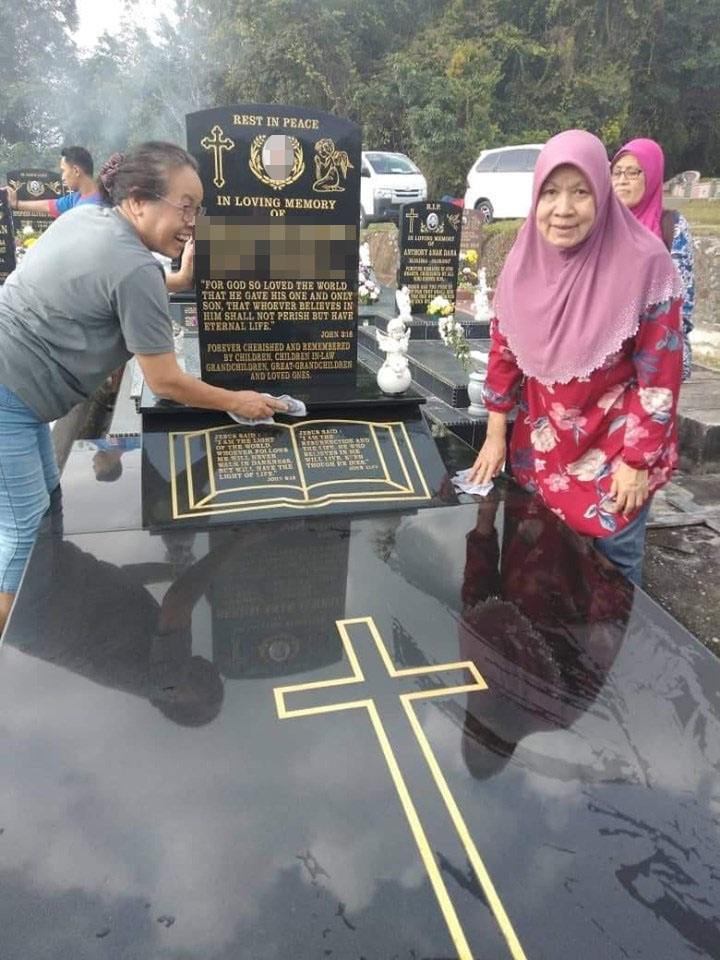 Rather, they welcomed the Muslim women with warm greetings and smiles.

The sincere respect that these people have for each other is something we can all emulate.

While we take pride in Singapore’s racial and religious harmony, let’s remember not to take it for granted and do our best to practise what we preach.