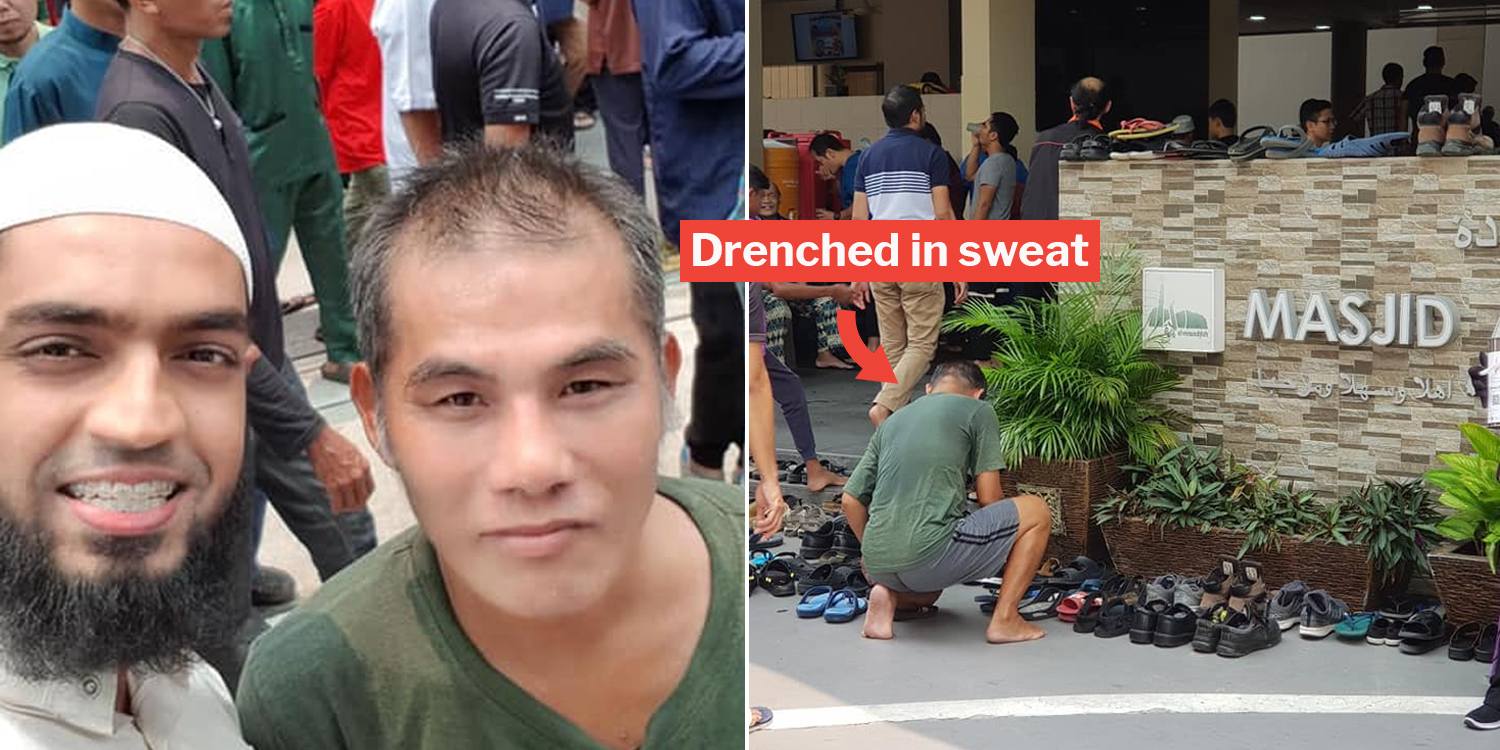 If you’re not already convinced of that, here’s a wholesome encounter that will surely reaffirm your belief.

On Friday (13 Sep), a post was shared on the Muslim Youth Forum Singapore Facebook group documenting the conversation between a mosque attendee and a Chinese man.

The attendee shared that the Chinese man apparently braved the heat and haze to voluntarily arrange slippers, all so devotees can retrieve them with ease when prayers are over. 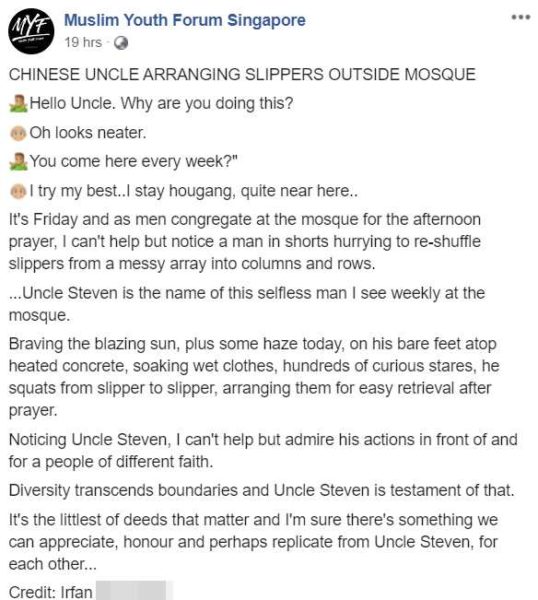 The Chinese man – known affectionately as Uncle Steven – was apparently seen outside Al-Mawaddah Mosque in Buangkok on Friday (13 Sep) afternoon as Muslims gathered for their afternoon prayers. According to the Facebook post, Uncle Steven would help to arrange devotees’ slippers at the mosque on a weekly basis.

The selfless uncle continued his routine that day despite the sweltering afternoon heat, accompanied by light haze.

The unforgiving weather condition took a toll on Uncle Steven. He was drenched in sweat as he hastily arranged the slippers into neat columns and rows. 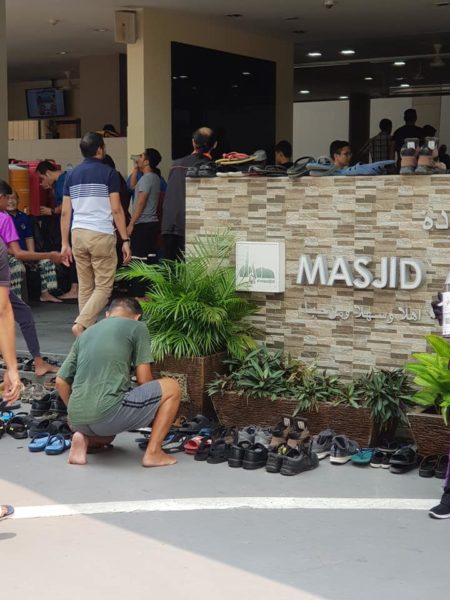 Tries his best to help every week

A mosque attendee named Irfan saw what he was doing and decided to strike up a conversation with him.

When asked why he was doing what he did, Uncle Steven gave a rather straightforward answer:

Irfan also found out that Uncle Steven stays rather close to the mosque, and tries his best to help out at the mosque every week.

In ending, Irfan said he admired Uncle Steven’s actions and feels that all of us can learn a thing or 2 from his selfless ways.

Before parting ways, Irfan managed to take a selfie with Uncle Steven.

Uncle Steven’s kindness and dedication to his ‘service’ despite the unforgiving weather is truly inspiring.

If there’s one thing we can learn from this story, it’s surely that kindness and graciousness transcend race and religion. Thank you for your exemplary actions, Uncle Steven.