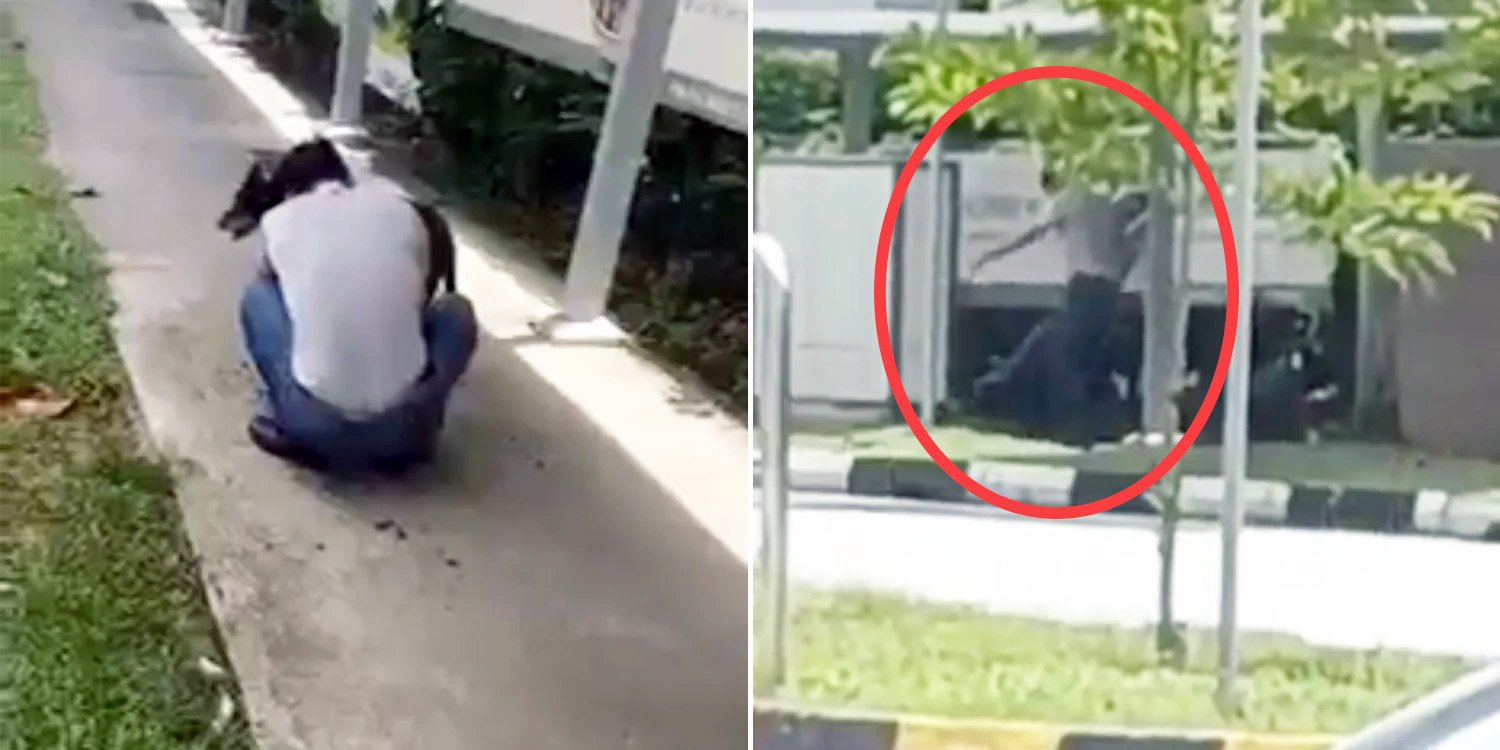 Dogs are adorable and loyal pets that require lots of care, such as regular grooming.

Most pet owners would normally look for pet salons to bring their dogs to. However, one man in Singapore seems determined to do it on his own in a public space, drawing concerns.

On Saturday (11 Sep), a lady shared that she came across a man grooming his dog in the middle of a walkway on the COMPLAINT SINGAPORE Facebook group.

She approached him and told him that it wasn’t right of him to shave his dog there as it was considered littering.

The man then said he would clean up but was later believed to have kicked the fur onto the grass at the roadside.

According to the post on Saturday (11 Sep), a lady was crossing a street when she noticed a man crouching while shaving his dog in the middle of a walkway.

Bits of dog fur could be seen all around him littered on the pavement.

She walked towards him and told him she didn’t feel it was right for him to do it there.

The man promptly responded that he would clean the mess up later.

When the lady tried to confirm that he would clean up, he cut her off, questioning why she took a picture and asked her to stop. He then said, “I will clear. I always clear”.

The lady replied in acknowledgement before reminding him that this was considered littering.

However, the lady later recorded another video from the opposite side of the road, alluding to the idea that there was no proper clean-up.

In the 37-second video, we see the man swiping at the ground as if kicking the shaved dog fur with his feet to the grass.

His dog appears to be waiting behind him as he does so.

She stressed that pet owners need to be mindful about this and should not shave their dogs in walkways.

Many netizens concurred with the OP, wondering why the man had to groom his dog in the middle of a sheltered walkway.

Some felt that he was selfish by doing so, saying that he should have kept his dog’s business in his living room.

This netizen, who is also a dog owner, shared that such behaviour was “ridiculous and irresponsible”.

Be considerate of others in public spaces

While there might not be specific rules denoting that dogs cannot be groomed along walkways, it’s important to always be considerate of others in shared public spaces.

Kudos to the lady for doing her best and bringing the issue up to the dog owner in a civil manner.

Hopefully, this incident will prompt pet owners, in general, to consider how their actions may affect other residents using the walkway.