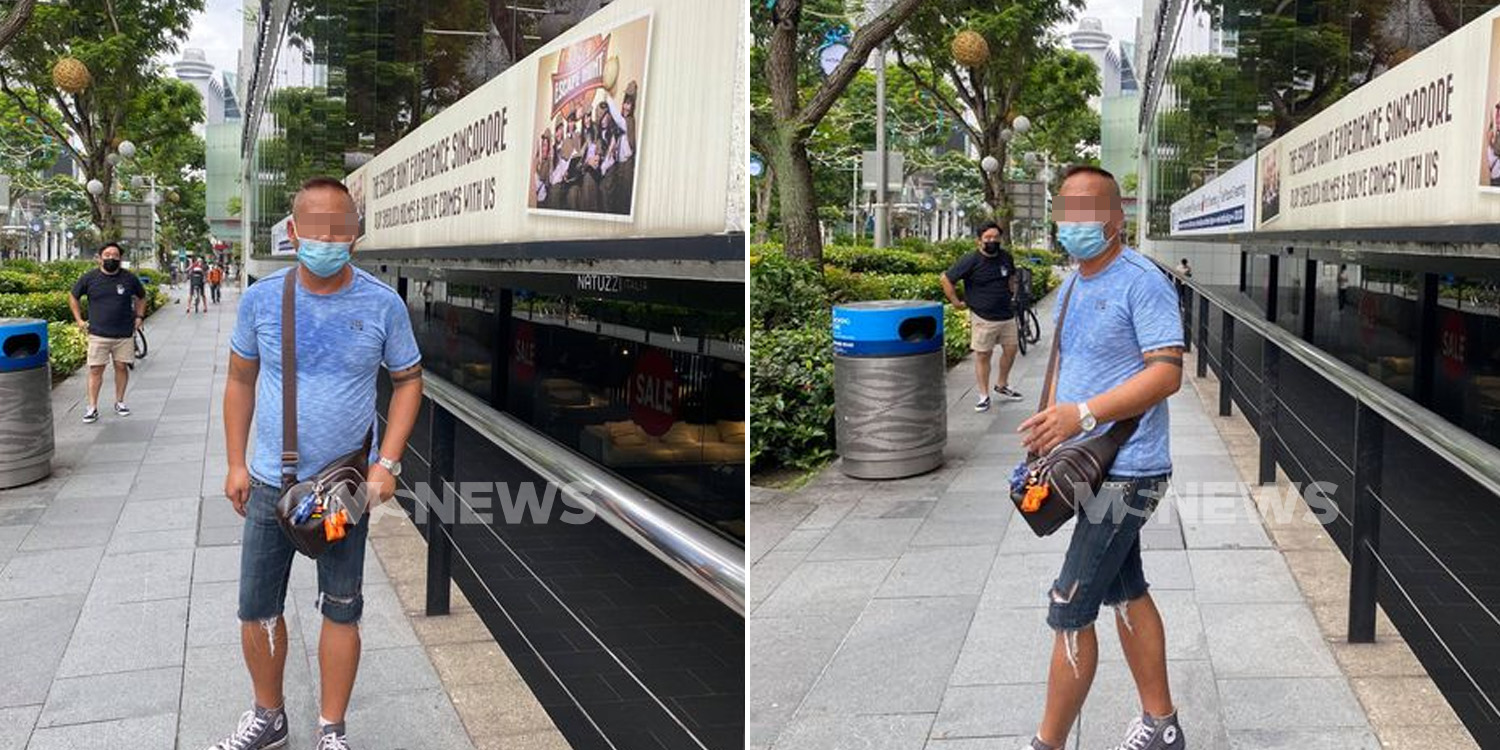 Life is tough during the pandemic outbreak. Suffice to say, earning enough to put food on the table is everybody’s number 1 priority.

For those who’ve lost jobs, they may feel helpless. When push comes to shove, some may even have to resort to asking people for money.

However, such actions by a middle-aged man in Orchard have raised suspicion among passers-by.

One Orchard resident noticed that he often sees the same man asking for money to take the MRT.

Suspecting that the man may be a con artist, he is urging people in Orchard to be wary of the man when they see him.

Man in Orchard allegedly asks for money to take MRT

Sharing the incident with MS News on Monday (9 Nov), Jefferson Ho said he often encounters the same middle-age man asking for money when he walks his dogs along Orchard Road almost every day.

His approach is always the same, ‘Please give me 4 dollars to take MRT’.

The Orchard Boulevard resident claims to have seen him collecting money from one pedestrian, and moving on to ask another right away.

This picture of the man was taken near Hotel Meridian. 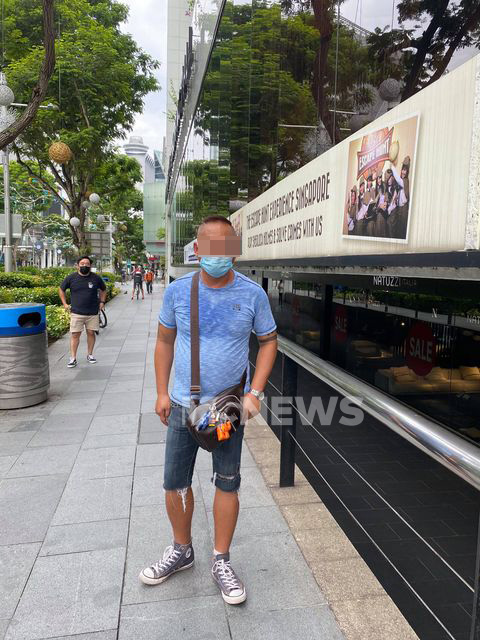 Mr Ho recalled that the first time he had seen the man was about 1 year ago.

Tries to stop people from giving money when he can

Saying that savvy Singaporeans would normally ignore the man, Mr Ho said he was most concerned over migrant workers and teenagers acceding to the man’s request. He would do what he can to stop it from happening, but he lamented that his efforts are limited.

Just yesterday (8 Nov), he stopped a tourist and an elderly man from giving the man money.

Expressing that this was infuriating, Mr Ho claims that the man was probably making “hundreds of dollars” every day from asking people for money.

After contacting MS News, he had lodged a police report online. An investigating officer reached out to him, asking him to inform the police if he sees the man again.

It’s a little tricky to be honest. It means I have to follow the guy who is constantly on the move while maintaining contact with the police operator.

But even though the task at hand might be difficult, Mr Ho asserted that he would follow the person till the police arrives — if he ever bumps into the man again.

Reach out via proper channels if you need financial aid

No one can be faulted if they are stuck in a financial rut. There are proper channels to seek help from, such as reaching out to your MP and Social Service Office.

But it is inherently wrong to take advantage of people’s kindness for monetary gain, if what is alleged about the man is true.

What do you think of the man’s actions? Will you help him out instead? Let us know in the comments below.