S’porean Buys $2 Meal For Hungry Man Who Asked For Help, Says He Must Have Swallowed Tremendous Pride

The Covid-19 pandemic has caused the world economy to take a hit, and Singapore’s economy hasn’t been spared either.

As we brace ourselves for our worst recession yet, the number of jobless people and retrenchments continue to increase.

For those who may not be affected, sometimes it takes an encounter with an actual needy person for the realisation to hit home that this is really affecting people.

That’s what jolted a Singaporean who shared a Facebook post on Monday (14 Sep), recounting how he spent $2 to buy a meal for a needy man. 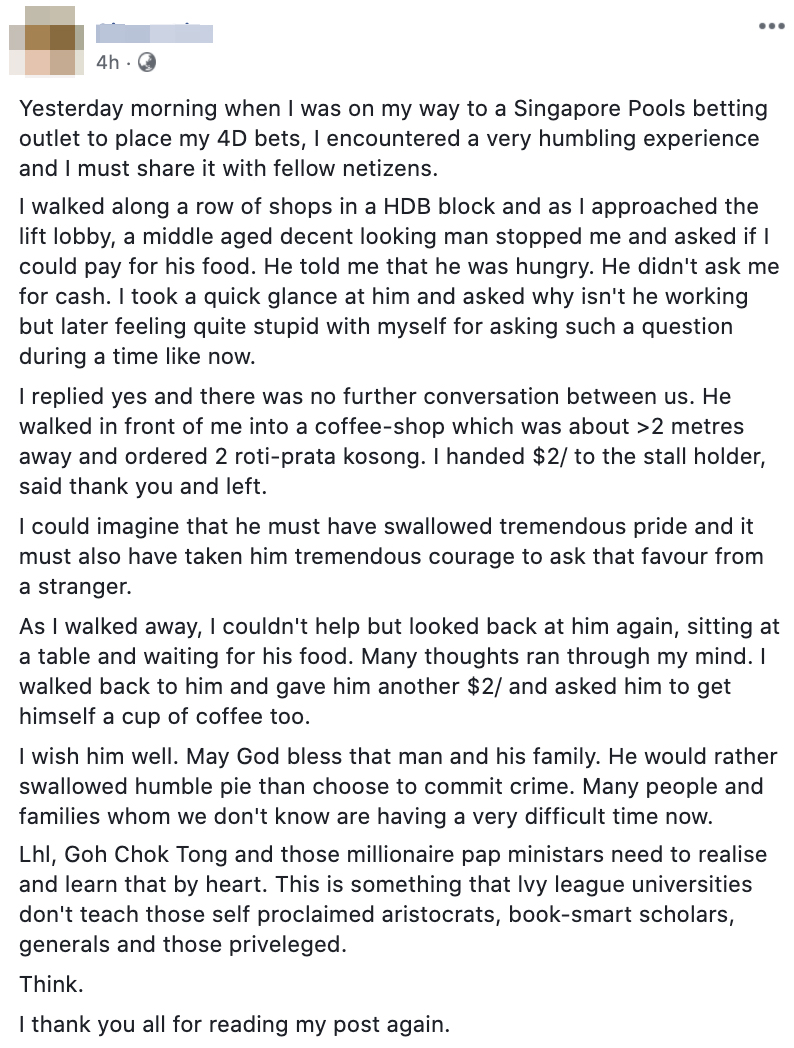 On Sunday (13 Sep) morning, netizen Simon Lim was at a row of shops below a HDB block when he was approached by a middle-aged man. His first impression of the man was that he was “decent-looking”.

So, he might have been a caught off guard when the man said he was hungry and asked if he could pay for his meal.

In response, Mr Lim blurted out: Why isn’t he working?

He later chided himself for asking what he thought was a “quite stupid” question. During economically challenging times like this, it’s obvious that there would be many people who’re out of a job.

Thus, the netizen agreed to pay for the man’s meal.

They went to a nearby coffee shop where the hungry man ordered 2 roti prata kosong. The meal cost just $2, which Mr Lim paid to the stallholder.

As the he left the hungry man to his meal, “many thoughts” ran through Mr Lim’s mind, he said.

He was compelled to head back to the coffee shop.

He handed the man another $2, asking him to get himself a cup of coffee. 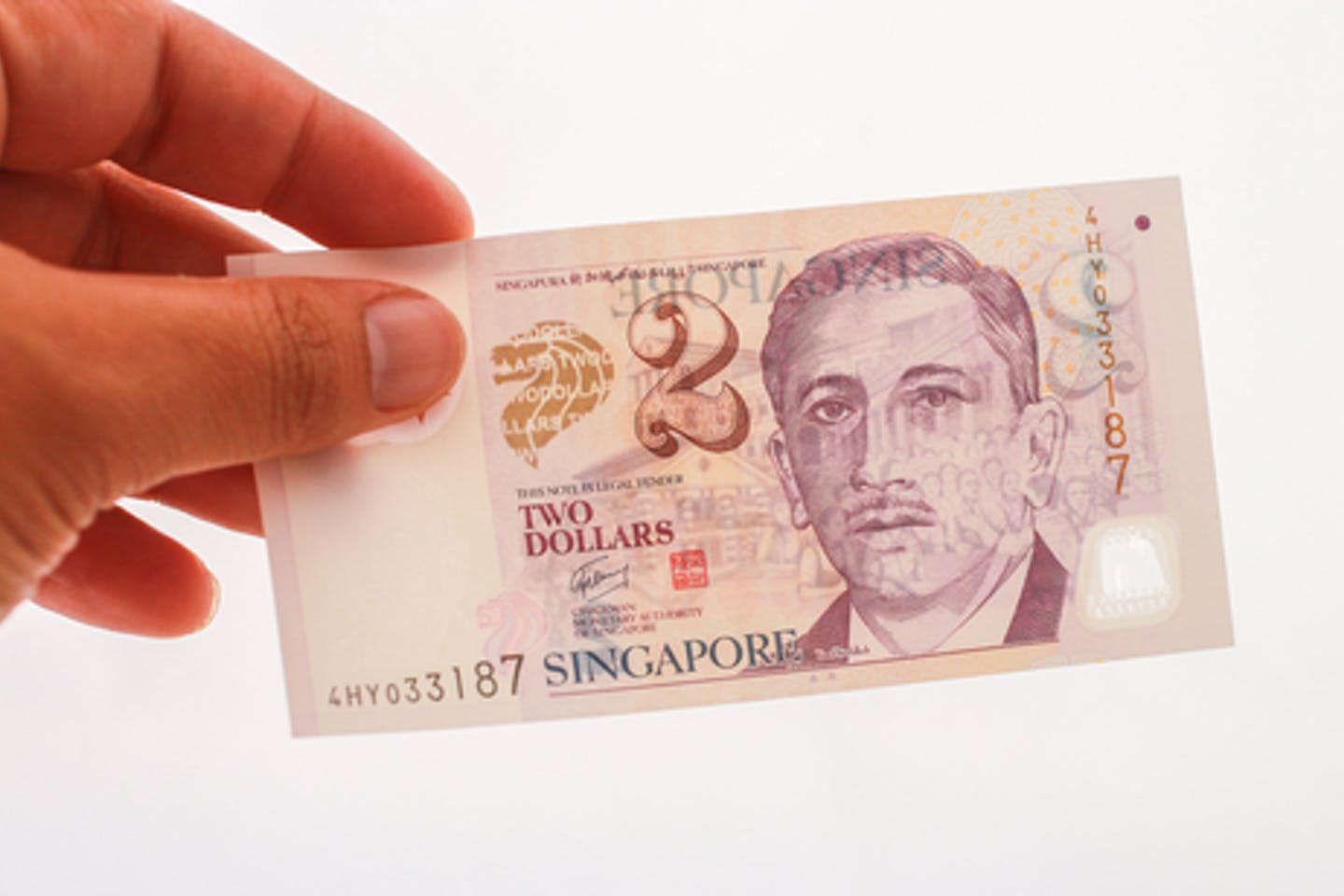 What could have prompted him to make the extra donation?

He put himself in the hungry man’s shoes, and realised that he must have mustered up tremendous courage to ask for such a favour from a stranger.

The man must also have “swallowed tremendous pride” to do it, he added.

The incident humbled him, as he saw 1st hand how some Singaporeans are truly struggling due to the current economic situation.

He wished the man well, saying that at least he was willing to swallow humble pie rather than commit a crime for money.

He concluded that the privileged or well-educated might not see these realities as one doesn’t learn that in books, but it’s important to take the struggles of people to heart.

An inspiration to us all

While we might all be affected by the Covid-19 pandemic in one way or another, it’ll serve us well as a society to remember that such crises often disproportionately affect the less fortunate.

We hope he inspires all Singaporeans to reach out and help those in need during these economically challenging times.

If you find yourself in need of food but worry over dwindling savings, you can drop Food Rescue Sengkang a message on Facebook or Telegram. They ‘rescue’ leftover food to feed the needy.