Social media is a powerful tool when it comes to looking for missing persons. Often, the vast network produces information leading to the resolution of the case. 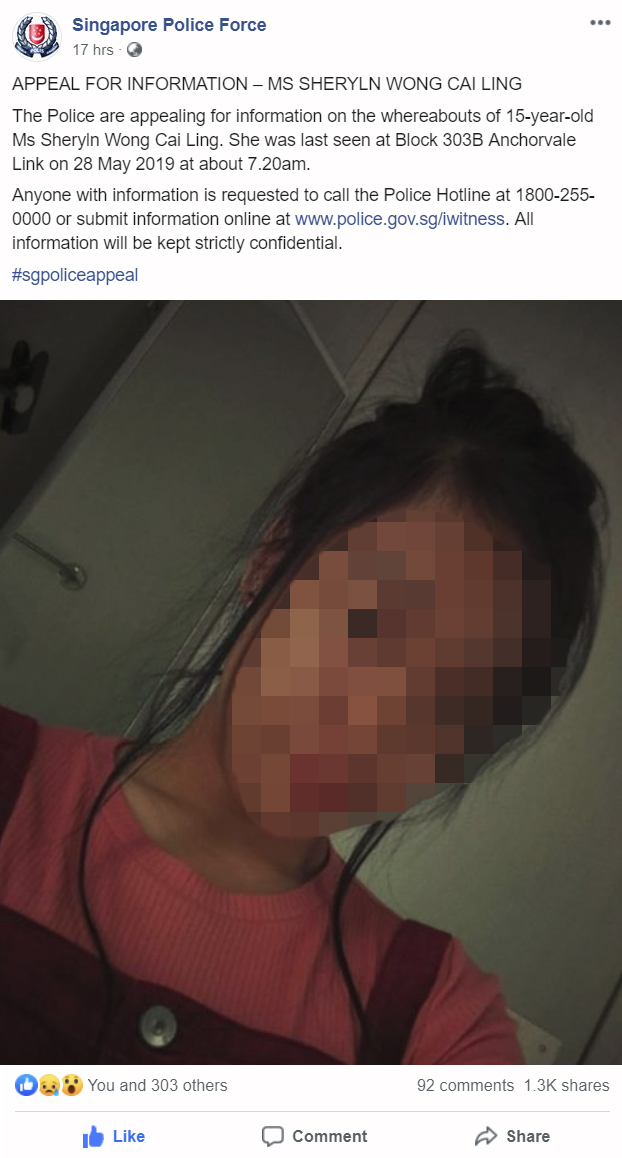 According to witnesses, she was last seen at Block 303B Anchorvale Link, which is right in the middle of Sengkang and Buangkok MRT station.

The possible reasons, if any, for why she has gone missing were not told.

The police are requesting anyone with information to call their hotline at 1800-255-0000. You may also submit information online via their website.

You’d think that it’s hard to get lost in Singapore, with the city being so small and with most areas already urbanised. But many have gone missing before — especially young and special needs children who sometimes wander off on their own.

But through social media and online communities, they were eventually found. Hopefully, the same will happen for Ms Wong.