You wait for your kid to come back home after school. But he never arrives.

You call the school. But they inform you that he was absent that day.

You then make a police report — and find CCTV footage of him prawning?!

Not your average nightmare after all.

The good news is, this particular kid’s 4-day escapade has a happy ending.

On Saturday (21 Jul), 13-year-old Kwa Ka Shing, who had been missing since Tuesday (17 Jul), was found and returned to his parents.

A game of cat and mouse

The boy, who attends Hwa Chong Institution, went off the radar at 6:58am on 17 Jul. 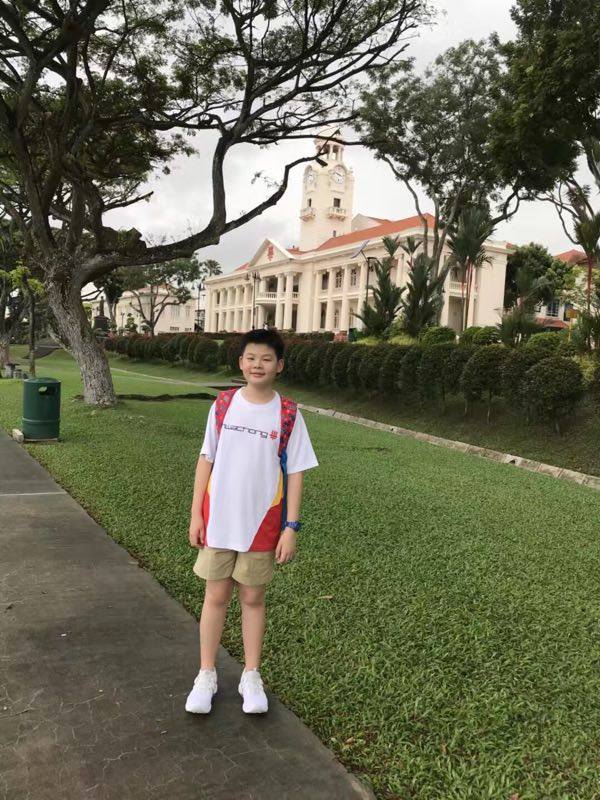 What followed was a game of cat and mouse that starts off in Bukit Timah, leads to Ang Moh Kio, and then to Punggol.

17 Jul: Kai Shing was wearing a short sleeved shirt, shorts and blue shoes when he was seen at Tan Kah Kee Station. The station is near Hwa Chong Institution — the boy’s school.

18 Jul: Spotted at Ang Moh Kio, Kai Shing was gaming at an “internet cafe”. He then quickly leaves before his parents arrived.

18-19 Jul: Tracking the boy through his student EZ-Link card, his parents find out that he alighted a bus at Riveria LRT station, all the way in ulu Punggol. A search of the vicinity, revealed that he was casually prawning at Hai Bin Punggol.

The establishment then posted a CCTV screengrab of him prawning, now in a fresh pair of clothes — and called for the public to keep a lookout for him. 19-21 Jul: Here’s where things get fuzzy. While the boy was last seen in the early hours of Thursday (19 Jul), he was only found on Saturday (21 Jul). Information on his whereabouts during this period is unknown. We don’t know where he was found too.

What to do if someone’s missing

If you find yourself in a similar situation, do lodge a missing persons report at any police station and furnish them with the details they require.

On the other hand, if you have any information about a missing person, you can always:

Prawn to be wild

Although it must have been a scary few days for his parents, we hope the prawns the boy caught were delicious.

Wherever he was, and whatever his reasons were for disappearing, we are truly glad that the boy was found safely.