Thursday (6 Sep) marked the end of 39th General Assembly of the ASEAN Inter-Parliamentary Assembly. The general assembly is a platform for MPs from around ASEAN to exchange views on important regional matters.

While all of this appears serious and boring — it seems like our Singapore MPs decided to have a bit of fun with it.

At the farewell dinner hosted our MPs drummed up support for Team Singapore. Quite literally.

12 MPs spanning the political spectrum – WP, PAP and NMPs – took to the stage with Chinese Tanggu, Malay Kompnag and Indian Bhangra drums in hand. Some of the notable MPs include Sylvia Lim, Pritam Singh, Charles Chong and Lim Biow Chuan.

This is for the culture.

We analyse their performance

The performance as a whole was commendable. The sentiment behind the performance was also nice–the fusion of Indian, Malay and Chinese music was probably intentional and meant to represent Singapore’s multi-racial heritage.

But this doesn’t mean that everything was perfect.

Mr Pritam, being the leader of opposition doesn’t give you the right to not move to the beats. 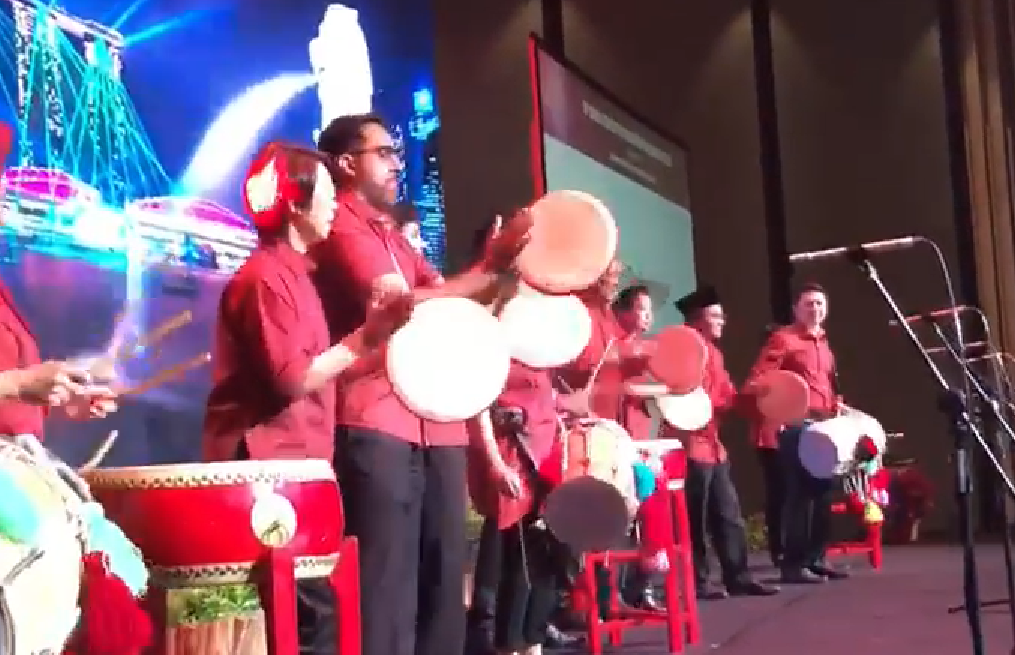 Mdm Rohayu (second from left), we see you air playing the drums as well. 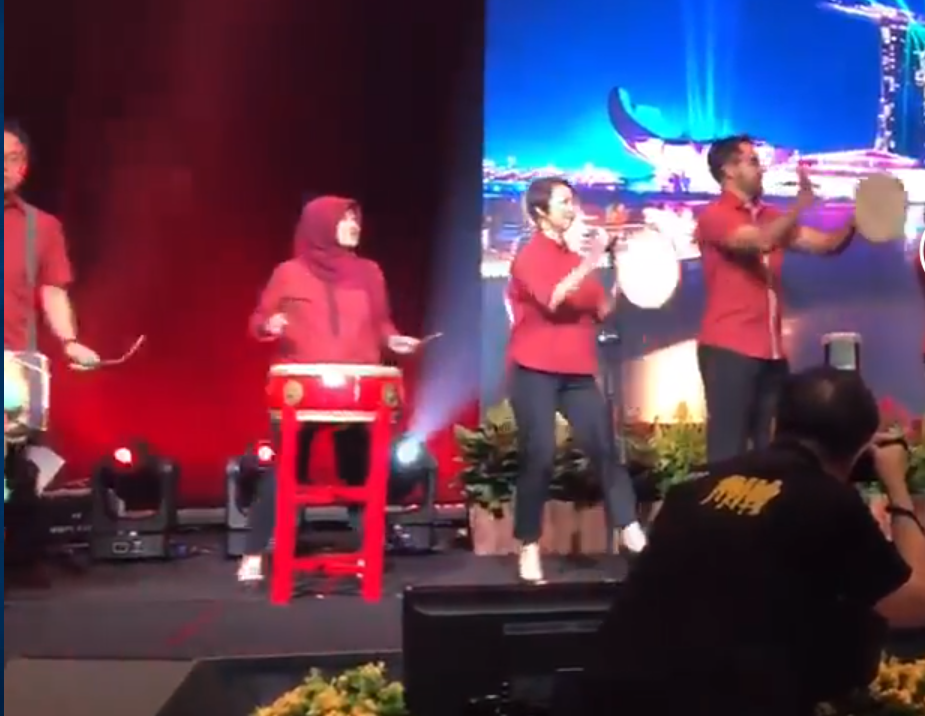 In summary, A+ for effort and C- for execution.

Even with the suspect hand-eye coordination and rhythm, it was heartening to see our Singaporean politicians cross party lines to have fun. Speaker of The House Tan Chuan-Jin commented on Facebook that “whether PAP, WP or NMP…(they are) all part of Team Singapore”.

This isn’t the first time that speaker Tan Chuan-jin has shown willingness to bridge divides between MPs. Right before this year’s National Day Parade, he posted selfies of him with Nominated Members of Parliament and Workers Party MPs.

This sort of political cooperation and bipartisanship is especially great in light of the entire Mahathir-Thum saga — with words like ‘treason’ and ‘betrayal’ being thrown around every day.