When we think of robberies, we think of huge guns, ski masks or a hand-written note with the words, “This is a robbery, I have a gun in my bag,” written on it.

But did you know that an unemployed 42-year-old man was able to steal more than $13,000 using just ez-link cards?

His crime? Stealing $13,110 from 30 victims through an elaborately planned out ez-link scam.

Here’s how it worked. 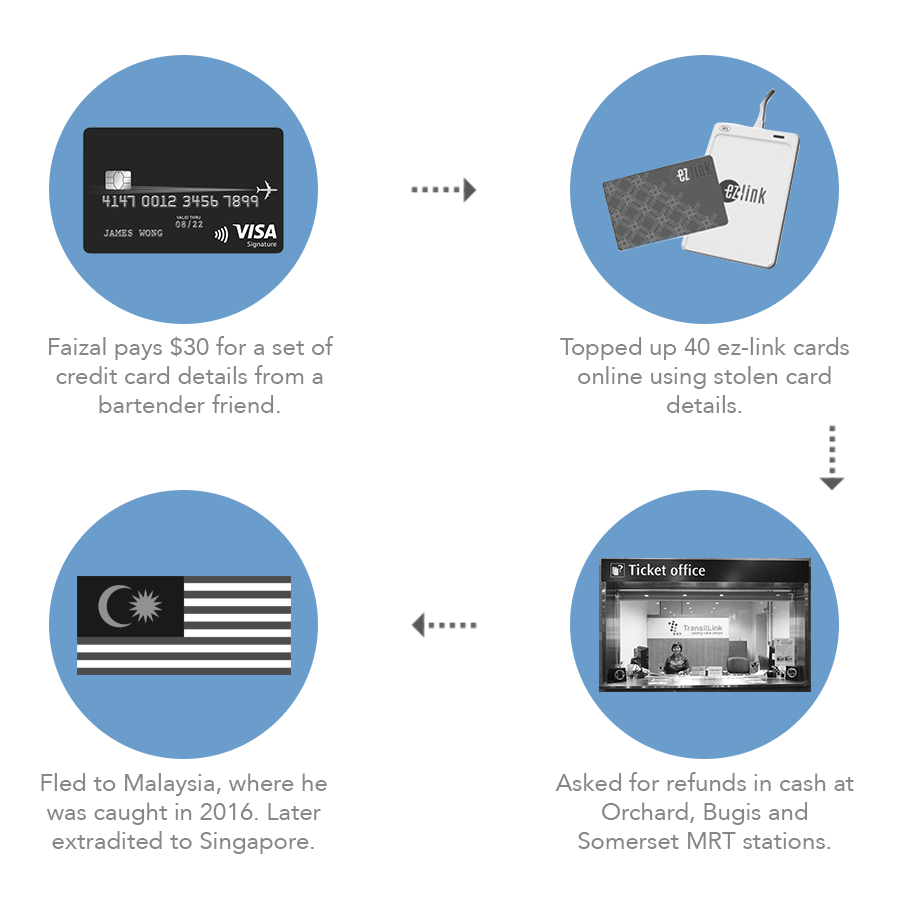 Next, Faizal bought 40 ez-link cards, quickly topping them up using the stolen credit card details. To avoid detection, this was done through his laptop and a USB ez-link card reader. This way, he didn’t have to go to station.

Faizal then went to a MRT ticket office to ask for a refund in cash. This was repeated till the stolen credit cards details were declined.

After police investigations started on the ez-link scam, Faizal escaped to Pulau Ubin. Then in sometime in 2012, he managed to escape to Malaysia without being detected.

At this point, he might have thought that he had gotten away. However, he was caught by Malaysian authorities in 2016, before being repatriated back to Singapore in September that year.

As if the $13,000 he got through the scams wasn’t enough, Faizal also perpetrated other crimes during this period.

In December 2010, he took a wallet left unattended at a petrol station. A week later, he returned it — but only after using the cash card and ez-link card.

2 years later, he applied for two credit cards with the name and NRIC number of friends. He spent another $9,796 using these ANZ cards.

For this, he was charged with 2 charges of forgery and 1 charge of dishonest misappropriation of property.